The peace and prosperous town of San Fernando City offers attractions which entice many tourists to love the place. It is the capital of La Union, also known as the “City of Seven Hills”. 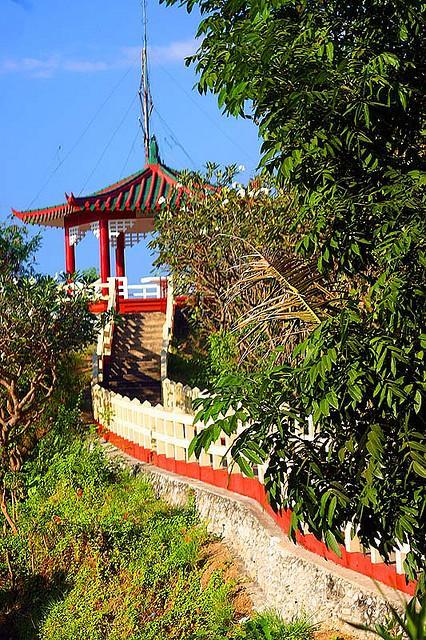 The peace and prosperous town of San Fernando City offers attractions which entice many tourists to love the place. It is the capital of La Union, also known as the “City of Seven Hills”.

Walking up the hill is a hard time but the top is a perfect place to glance at the panoramic view of the sunset. The surroundings offer a good photography venue. The area is best place to spend leisure time together with your family and friends.

Embracing the Wondrous History of the Seven Hills

Seven Hills of San Fernando is composed of Capitol Hill, Heroes Hill & Freedom Park Stairway, Pagoda Hill, Bethany Hill, Mirador Hill, Mariner’s Hill, and Miracle Hill. Each one of them has its own story which pictures the great and rich history of the province.

• Capitol Hill is the home of the Provincial Capitol located in Barangay II (Poblacion).
• Heroes Hill & Freedom Park Stairway is located at the eastern portion of Capitol Hill. Here, you may have a look at the nine statues of our National Heroes. These statues signify our heroes’ sacrifices and patriotism in attaining the freedom of our nation. You have to complete 153 steps before you embrace the hill, but it is all worth it because of the scenic view of the place.
• Pagoda Hill is also known as Filipino-Chinese Friendship Park or Chinese Pagoda. It commemorates the friendship of the Filipinos and Chinese people and commands a panoramic view of the city and the San Fernando City Bay. The hill is a perfect place not only for family gatherings but also for lovers' quality time because of the romantic ambiance of the place.
• Bethany Hill is located at Barangay II Poblacion. The hill is the home of Bethany Hospital that was built by Protestant Missionaries in the early 1920s.
• Mirador Hill is another hill located in Barangay II Poblacion. The hill is the highest point of the city where the capitol water reservoir stands.
• Mariner’s Hill is located at Barangay Catbangen. The hill served as a navigational reference point to guide ships and seafarers sailing the San Fernando City Harbor.
• Miracle Hill is located at Barangay Pagdaraoan. The hill is the the home of the New Miracle Mission Chapel, atop a cliff facing the sea.

How to get to La Union?

San Fernando City, La Union's capital, lies 273 km. from Manila. Travel time is about 5 hours by land and 30 minutes by air. Also, it is about an hour’s drive from Baguio City.

Getting around La Union! You can take jeepneys and mini-buses with fixed routes at a minimal fare. Tricycles (motorcycles with sidecars) are commonly used to access must-see places in between towns. Rented transportation that plies this town is also available which will bring you to the city proper.