A RAINY AFTERNOON IN SAN PABLO

The period from August to November in the Philippines are typically wet months. 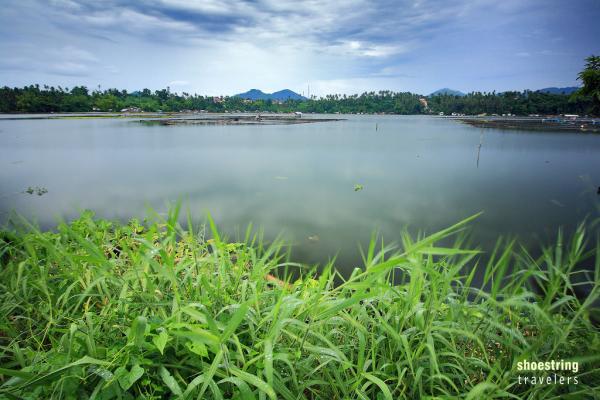 The period from August to November in the Philippines are typically wet months. Worst, typhoons from the Pacific make landfall in the country right around these months; otherwise people have to contend with heavy rains brought in by the southwest monsoon. This is the reason we often do not travel locally during that time. A recent trip to the two Southern Luzon provinces of Laguna and Quezon, however, revealed that we might be missing a lot by neglecting to travel during these wet months.

We were accompanying a relative who was checking on the construction of their new house in Tiaong, Quezon province, and couldn’t resist the temptation of trying out some interesting destinations along the way. Since we had to be back in Manila the same day, we resisted the urge to explore Quezon province beyond Tiaong and just decided to check out some locations at San Pablo City in Laguna province, the municipality immediately after Tiaong on the way back to Manila. First things first, however. We had to find a place for lunch. 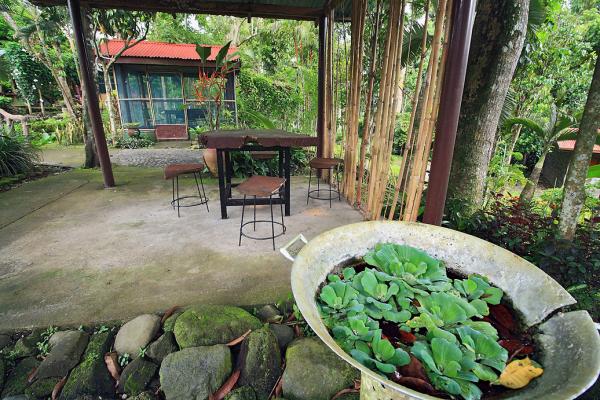 One of the open huts at Palaisdaan Kamayan sa Ilog Restaurant and Resort. 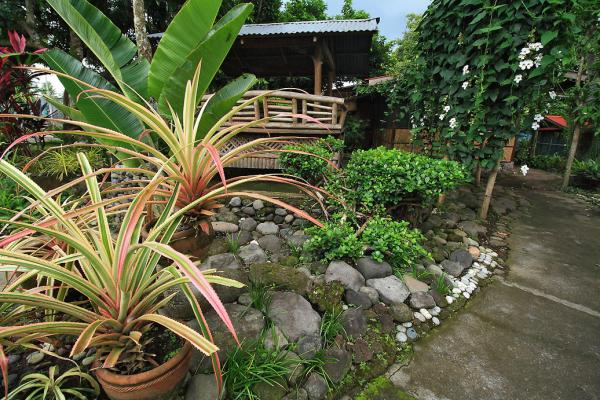 The restaurant has an attractive entrance right along the Maharlika Highway leading to San Pablo City proper so we decided to stop by Palaisdaan Kamayan sa Ilog. This restaurant-resort has several native-style cottages amidst verdant natural surroundings including vines, ornamental plants and fruit trees. You can simply choose one of the cottages and have your lunch right there. 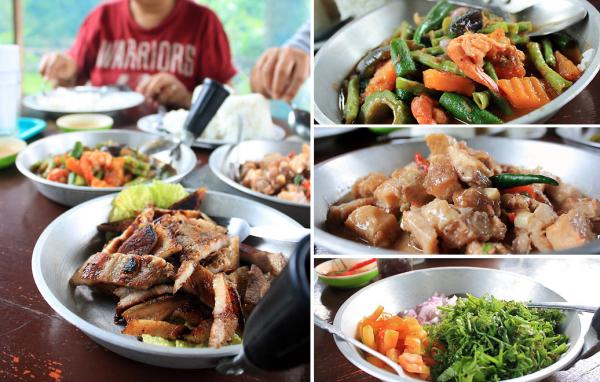 Palaisdaan Kamayan sa Ilog features a wide range of local dishes. In a short while we were feasting on Bicol Express (pork belly cooked in coconut milk and chili peppers), pinakbet (mixed vegetables steamed in fish or shrimp sauce), grilled pork belly and paco or fiddlehead fern salad. For drinks we had fresh coconut juice, served right from its shell. It started to drizzle just as we were finishing up but we simply took our time to rest after our hearty lunch. The restaurant’s surroundings formed a perfect ambiance for a rainy but restful afternoon. 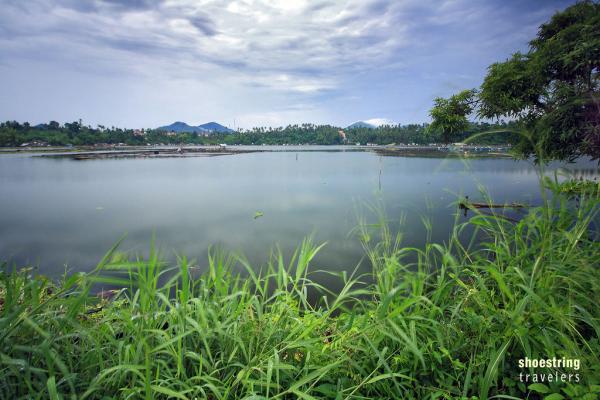 Lunch over, we made a short detour on the drive back to Manila to drop by Lake Bunot, one of the Seven Lakes in San Pablo City. These bodies of water are termed maars – volcanic craters that later filled up with water. For some reason, our Waze apps misdirected us on the last part of our trip to Lake Bunot but we relied on an age-old technique to get by in the Philippines. We simply asked around. 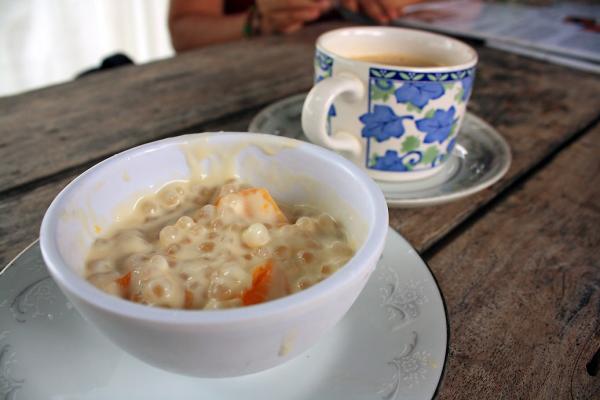 We arrived at Cusina de Sabang, a cozy restaurant on the shores of the lake just as the rain began pouring down all around us. Cusiina de Sabang has open cottages that allowed us to have a nice view of the lake while shielding us from the rain. We were disappointed that they only served instant coffee here but the dessert we ordered – creamy tapioca with mango – was simply excellent. 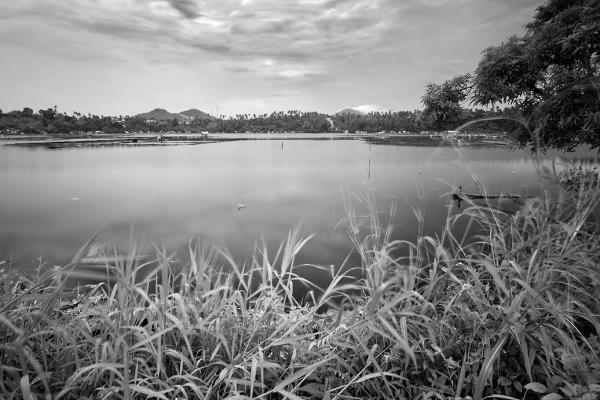 While we often prefer a sunny day with blue skies and some clouds for photography purposes, the scenery around Lake Bunot on a rainy, cloud-filled afternoon was beautiful in its own way. The light grey rain clouds, the green grass peppered with silvery droplets of water and the still, green waters of the lake combined to create a scene that was beautiful in its own way. Add the cool climate on this particular afternoon and we could have easily been lulled to sleep right there.

Regretfully, we had to leave for Metro Manila by mid-afternoon to try and beat the Friday rush hour. Heaven knew the traffic horrors awaiting us on the drive back. We had to promise ourselves that we would be back in this area, if only to enjoy an unhurried meal in a sunset setting.