A Worthwhile Visit to the Town of Cabarroguis

Cabarroguis is the capital town of the province of Quirino. It is dubbed as “The Golden Park of the Province.” It offers lots of potential natural attractions because it is a vast forested area and has good surroundings that nature lovers will surely love. Around the place are mountains, trees, falls, caves, and springs that will give the tourist a relaxing trip and a panoramic view of the place. 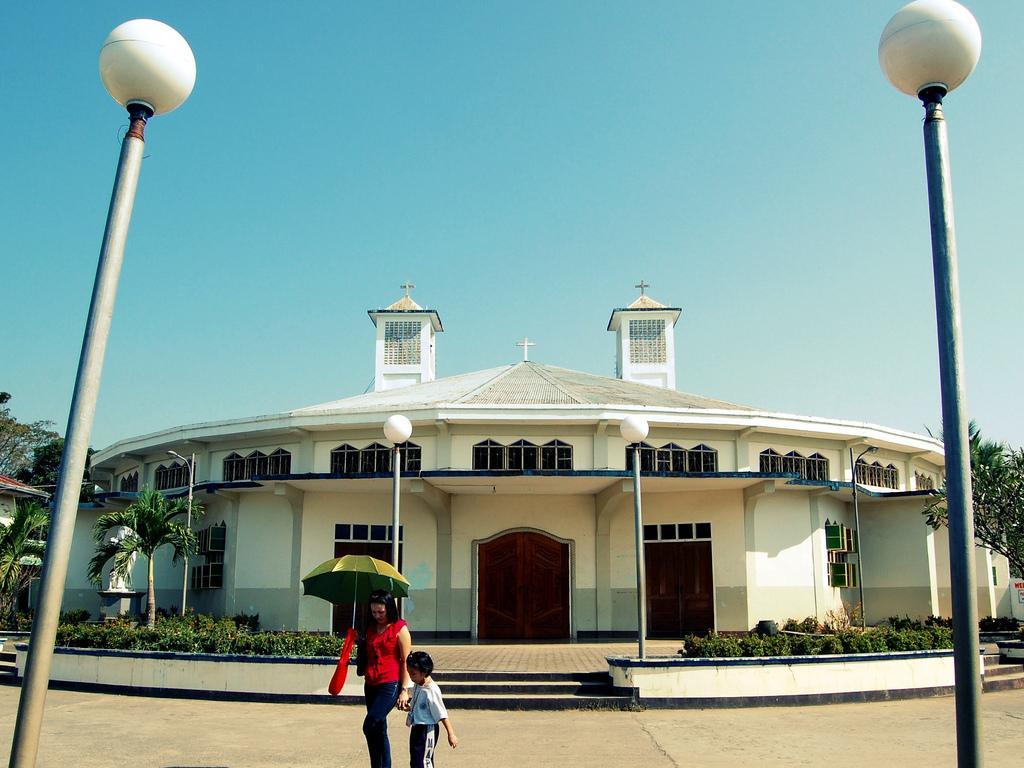 Cabarroguis is the capital town of the province of Quirino. It is dubbed as “The Golden Park of the Province.” It offers lots of potential natural attractions because it is a vast forested area and has good surroundings that nature lovers will surely love. Around the place are mountains, trees, falls, caves, and springs that will give the tourist a relaxing trip and a panoramic view of the place.

Susong Dalaga is a breast shape mountain and cave system that can be seen as you enter the commercial complex. It is shaped like a virgin’s breast or a reclining woman “The Maiden’s Breast Mountain”. It is situated between three adjacent barangays, Gundaway, Zamora, and Villamor. The view of these mountains creates and gives a pleasant atmosphere to the tourist. It is a perfect destination for trekkers who love to commune with nature. The caves serve as sanctuary of bats. In the middle of these two caves is a flowing stream that provides water supply to its nearby rice fields. It was declared as a part of the Municipal Forest Park due to the presence of diverse flora and fauna.

A man-made theme park in the town is composed of eighteen picnic huts maintained by different sectors of the provincial government, national agencies, and non-government organizations. There is a floating hut for the congressman of Quirino and a kitchen for food preparation. It is located at the Pagkain ng Bayan Lagoon, Capitol Hills, Cabarroguis.

St. Mark's Church is a pleasant religious spot in the town. Fr. George Gelade (CICM) was assigned as the first parish priest of Cabarroguis in 1979. The church and other parochial buildings were started to be built during his time.

Tucod Waterfall is a two-staged majestic waterfall. The first waterfall has an approximate height of 20 feet, with  cool water cascading into an 80-meter-long stream. This stream leads to another hill and creates the second fall, which has an estimated height of 30 feet. The water flows to the pool basin 15 diameters wide.

Cabarroguis also takes care of a very interesting creature, the “Cagot,” a turtle known as juvenile cantor’s soft-shelled turtle. Cantor’s giant soft-shelled turtle is a species of fresh water turtle. This turtle has a broad head and small eyes close to the tip of its nose. The carapace is smooth and olive colored. Juveniles may have dark-spotted carapaces and heads, with yellow around the carapace. It can grow up to 6 feet in length and it is an ambush predator and primarily carnivorous, feeding on crustaceans, mollusks, and fish. The turtle spends 95 percent of its life buried and motionless, with only its eyes and mouth protruding from the sand. It surfaces only twice a day to take a breath. It lays 20-28 eggs in February or March.

The turtle is regarded as endangered, that’s why the fish sanctuary in Barangay Eden became its home. The fish sanctuary was made to protect the habitat of various species of fishes found in the streams that traverse along the barangay where the Cagot lives.

Eden Hot Spring is a potential tourist attraction in the town. It is covered with bushes and grass. The water gives out warm feelings and the surroundings emanates fresh and cool air. The people in the area still haven't given much importance to the hot spring because of lack of study and information about the source of income that it will bring. The authorities claim that the hot spring is connected with another hot spring located at the waterbed of the river.

Other tourism potential in the place is the Seven Storey Caves and the Bannuar Caves.