The province of Guimaras has become highly progressive in the emerging agri-tourism sector, and has shown that the people here can excel in such specialized fields like beekeeping, organic fruit and vegetable farming, and aquaculture. With sustainability and innovation in mind, the Guimaras Agri-tourism Circuit has become a pioneer in this new exciting field. 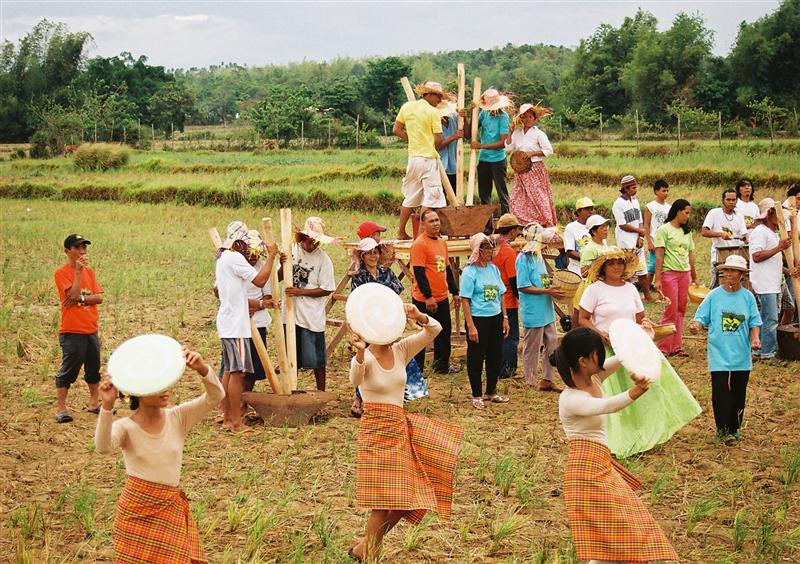 The province of Guimaras has become highly progressive in the emerging agri-tourism sector, and has shown that the people here can excel in such specialized fields like beekeeping, organic fruit and vegetable farming, and aquaculture.  With sustainability and innovation in mind, the Guimaras Agri-tourism Circuit has become a pioneer in this new exciting field.

The Agri-tourism Circuit links eight of the ten farm sites and covers all five municipalities. These farms are orchards, bee farms, salt farms, and aquaculture ponds. The Agri-tourism Circuit takes off from the port of entry of Rizal in Jordan. It runs south to Nueva Valencia along the western side of the Circumferential Road, and then move to Sibunag on the eastern side. It then goes north to San Lorenzo and Buenavista, then west to close the approximately 71-kilometer loop.

It is 1-1/2 kilometers from the Barangay Gaban main road. This five-hectare farm spread over a rolling terrain with good views of the hills of Buenavista and the Iloilo Strait beyond. The farm has a whole-year production of calamansi, lemon citrus, banana, papaya & sweet potato (camote).

It is a five-hectare farm which is known for its cashews. It is also planted with jackfruit, chestnut, citrus and other fruit bearing trees for consumption and commercial purposes. A small portion of the farm is planted with napier grass that is used to feed small herds of cattle. This farm is a model of an Integrated Farming System (IFS). You can witness how a few hectares of land are being managed for optimum production and maximizing its use. Mr. Elias Sustituido was also adjudged as the Most Outstanding Integrated Farmer of Western Visayas for DA Achievers in IFS.

The center will be the main institution that will spearhead the propagation of the art and science of bee farming in the province of Guimaras through technical support. They have processed products like honey, propolis or natural antibiotic, aroma-therapy oil, and candle with bee wax and soap with honey.

It is an Integrated Agri-Eco Tourism Destination. The farm has young, ready to bear fruit mango plantation, all year round pineapple production, tropical fruits and organic vegetable production, and tilapia culture. They practice organic farming and rapid composting. Experience the sweet humming breeze with a relaxing and melodious nature’s view under the cashew trees. Fresh pineapple fruits and juices are made available to walk-in clients. Pick and pay pineapple fruits are allowed during harvest time.

It is owned by the Oro Verde Holdings and Development Corporation of the Marsman Drysdale Group, considered as the largest mango plantation in Guimaras. It is a 237.016-hectare plantation with more than 18,000 grafted mango trees. It is declared by DOT as one of the three (3) agri-tourism destinations in the Philippines.

The typical salt farm or salt drying bed but converted as fishpond on certain wet seasons.

It is the second largest mango plantation in Guimaras. It is a 220-hectare plantation with 14,000.00 grafted mango trees.

Iloilo City is the gateway to Guimaras. Guimaras can be reached by air or boat from Manila via Iloilo City and by pumpboat in Pulupandan, Negros Occidental. The island province is 20-30 minutes by motorboat or ferry boat from Parola, Ortiz, Muelle Loney or Lapuz wharves in Iloilo City. Direct travel to Guimaras is possible by light planes, which can land at the Guimaras Feeder Airport.

Please check the Guimaras official website for more information about the transportation schedules and locations.