As the steadfast keeper of local history, the Panublion or the Roxas City Museum tirelessly collects and displays the wealth of lore and memories of its citizens. 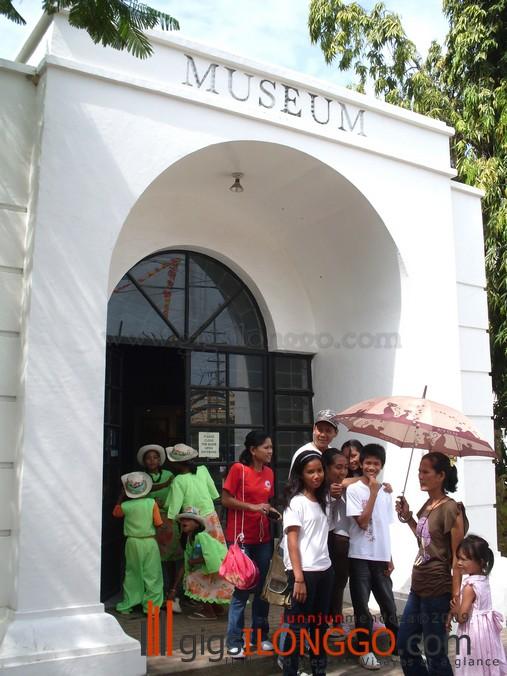 As the steadfast keeper of local history, the Panublion or the Roxas City Museum tirelessly collects and displays the wealth of lore and memories of its citizens.  Located just across the City Hall, this impressive circular piece of architecture offers every visitor a comprehensive view of what Roxas City was then, what it is now and its vision for the future – a complete record of those who have given their share in making Roxas City what it is today. Constructed in 1910, the museum used to be a water tank that served the local residents for more than three decades.

The Museum Features the memorabilia of illustrious sons and daughters of Roxas City; collections of religious icons, artifacts and artwork.

From Manila, the Super Ferry or ships from Negros Navigation can take you to Roxas City in around eighteen hours. There is also a Roll on-Roll off (RORO) that passes by Roxas City straight from Cubao in Manila. Cebu Pacific and Philippine Airlines have flights to Roxas daily every morning, taking about 40-45 minutes.  Jeepneys and tricycles are available for touring around the city.  Jeepneys and tricycles are available for touring the city or the province.