Barasoain Church – “Cradle of Democracy in the East”

Having earned the title as the Cradle of Democracy in the East, Barasoain Church is the most important religious building in the Philippines. Do you want to know more about this famous historical landmark? 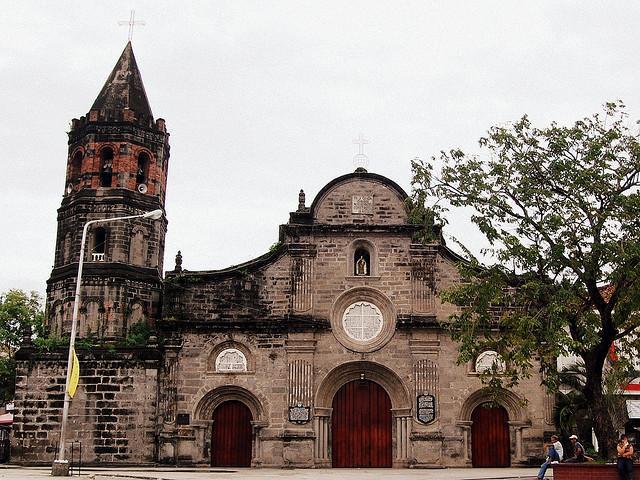 Having earned the title as the Cradle of Democracy in the East, Barasoain Church is the most important religious building in the Philippines. Do you want to know more about this famous historical landmark?

Barasoain Church, also known as Our Lady of Mt. Carmel Parish, is proverbial for its historical importance among Filipinos.

Barasoain Church was founded by the Augustinian Missionaries in 1859 and served as the session hall of Malolos Congress, the first congress in the Philippines which was held on September 15, 1898 under the presidency of Pedro Paterno. Three major events in the Philippine history happened in this church: the convening of the First Philippine Congress (September 15, 1898), the drafting of the Malolos Constitution (September 29, 1898 to January 21, 1899), and the inauguration of the First Philippine Republic (January 23, 1899).

The origin of the name…

The term "Barasoain" was derived from a place in Spain to which the missionaries found the place in Malolos in striking similarity. When the Spanish-Filipino revolution broke-out, the revolutionaries coined the term "baras ng suwail" meaning "dungeon of the defiant."

Barasoian Church is also renowned for its architectural design and internal adornments. The church attracts and engages visitors because of the curved façade, rose windows, and medieval bell tower. Its floral motifs and paintings of angels and saints along the ceiling adorn the interior of the church.

The church consists of two structures, the church and an adjoining convent. While the left outside of the Church is a medieval bell tower, the entrance of which has bamboo arches linings and its sides are rose windows. Its architectural design is simple however, it has paintings in its ceilings and domes which make it look bigger than its actual size. The altar in the inside has glimmering lights despite the church's historical reputation. Aside of which, floral motifs, frescoes of angels and saints embellish the interior of the Church. Right in front is a convent which has a museum dedicated to the three historical events that took place in the church. While the Barasoain Church Ecclesiastical Museum has been a repository of important artifacts found within the vicinity of the province, the Church's Historical Landmarks History Museum concerns on preserving the fruits of the Philippine Revolution as well as freedom and the Filipinos' heritage of democracy.

The moments in Philippine history…

The church was the scene of the proclamation of Philippine Independence and Former President Joseph Estrada when he took his oath of office. 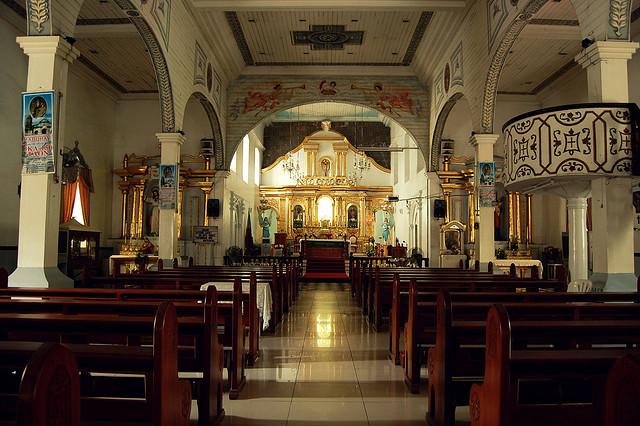 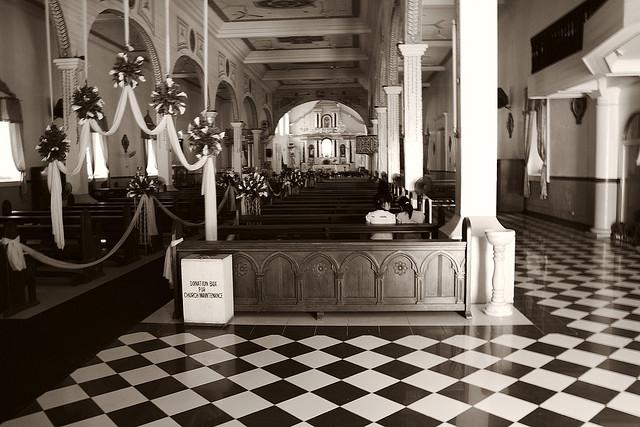 Barasoian Church is 42 kilometers away from Manila. Take NLEX (North Luzon Expressway) and take Tabang Exit; approx. 30-45mins drive from Cubao. Along McArthur Hi-way, go straight ahead with signages directing to Barasoain Church. You will turn left at Malolos Crossing/Intersection as you will be passing under a fly-over. Go straight along Paseo del Congreso and drop off to the church venue.