Basilica Minore of Our Lady of Piat

The town of Piat in the province of Cagayan has been called the “Pilgrimage Center of the North” because of the multitude of faithful, devotees, and tourists who have come far and wide as the town is home to the Basilica of Our Lady of Piat, a source of faith, inspiration, and some say, miracles, for people for literally centuries. 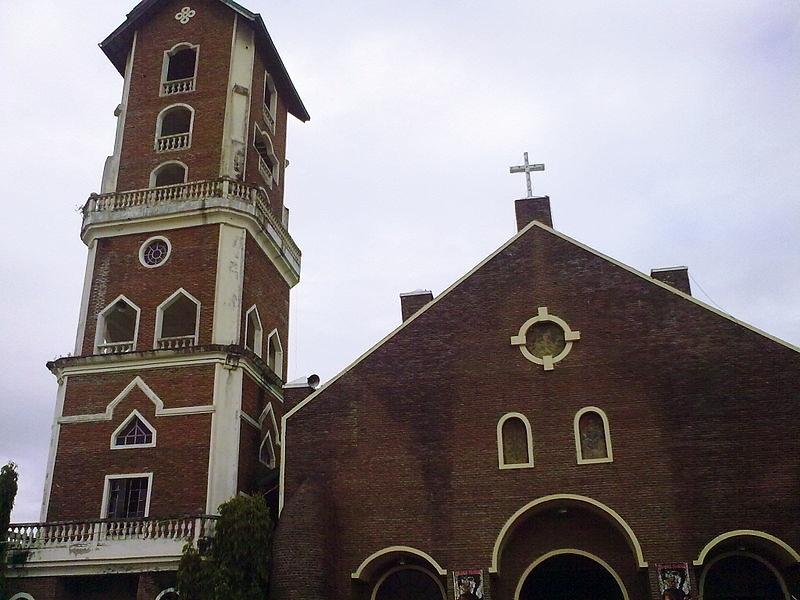 The town of Piat in the province of Cagayan has been called the “Pilgrimage Center of the North” because of the multitude of faithful, devotees, and tourists who have come far and wide as the town is home to the Basilica of Our Lady of Piat, a source of faith, inspiration, and some say, miracles, for people for literally centuries.

The history of Our Lady of Piat dates back in 1604 when a black image of the Virgin Mary with the infant Jesus on her left arm was brought to the Philippines from Macau by the Dominican friars. It was originally called the Nuestra Señora dela Santissimo Rosario (Our Lady of the Holy Rosary). The image was brought to Lal-lo, Cagayan(then the Episcopal See of Nueva Segovia) to be known by the Cagayanos. The image was also brought to Piat, and Tuguegarao in 1622. During the visitation, it was replaced by a more beautiful image from Manila but the people demanded that the original image be returned to them so it was brought back to Piat and was enthroned in a small sanctuary. 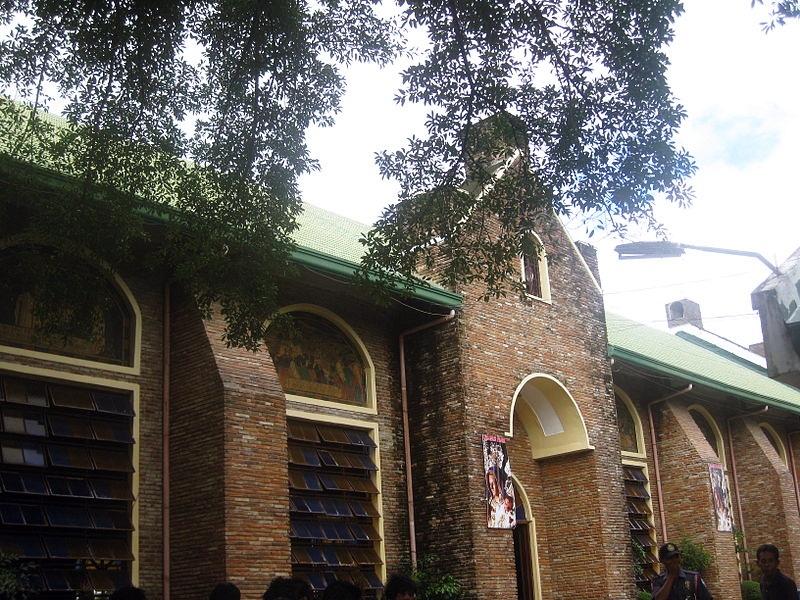 During the feast of St. Stephen, December 26 1623, the image of Our Lady was solemnly brought to the Ermita from Piat with the people following in devout procession. The people of Tuao did likewise marching in procession towards the Ermita to welcome Our Lady with great rejoicing and happiness. The following day the Ermita was blessed and a very solemn Mass was officiated by the deacon with an attendance of more than 10, 000 people ("pasaban de diez mil personas") who came from all the neighboring towns. The priest noted that, it was amazing that such a large multitude would have gathered there, considering that the area was no thickly populated, and that the work of evangelization had been going on for only 25 years. The lady started the first Christians of Cagayan. According to the same historian, Fr. Duarte, the crowd that attended the dedication of the new shrine of Our Lady of Piat was really impressive. Aduarte adds to this effect, by way of an explanation "...So the holy Image moved the natives ("indians") to love, esteem and revere her." An important woman from Piat (belonging to the "principalia." Or local aristocracy as indicated by the honorific title of Doña) Doña Ines Magui'abbun took upon herself the responsibility of looking after the Ermita and became the first camarera (caretaker of Our Lady). For this purpose, she decided to open up a new field ("sementera") and built a house near the shrine so she and her servants could visit the sacred place often. Besides, she place lamp there, that kept always burning before the venerated Image and became the first shrine of the Lady.

A small sanctuary of Our Lady of Piat was built in 1604 by the Itawis. But on 1700s, the people built a more spacious church of more durable materials on a hill about a mile from the parish church of Sto. Domingo. The present sanctuary was built by Rev. Fr. Diego Pinero and later restored by Fr. Jose Gurumeta in 1875.

On June 22, 1999, the sanctuary was lifted us Basilica Minore (Minor Basilica) and was recognized from Rome. It was the first basilica minore in the region and the fourth in the Philippines. The rites was officiated by the Vatican's representative, Antonio Maria Cardinal Javierre Ortas.  A santacruzan was also sponsored by Department of Tourism in celebration of the Basilica. A weeklong special prayers and services was also held in 29 parishes in the province, a Marian choral contest at the St. Paul University in Tuguegarao, medical mission, grand procession of all the images of patron saints and the Our Lady and a cultural show on the documented miracles of the Virgin of Piat.

The Basilica of Our Lady of Piat is located in the town of Piat, 30 minutes away by land from Tuguegarao City or 41 kilometers northwest of Tuguegarao City. This pilgrimage site attracts a large number of devotees especially on July 1 and 2 when the feast of Nuestra Señora de Piat or the Sambali Festival is celebrated. 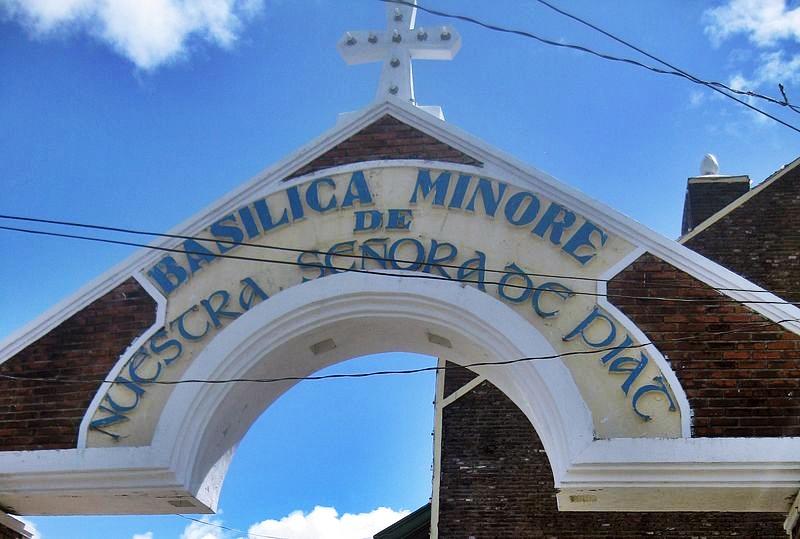 The first thing that is different about the Basilica of Our Lady of Piat is the entrance arch. It was located at the back of the church and have to go around from the entrance to see the church facade. The arch consists the phrase, Basilica Minore Nuestra Senora De Piat (Minor Basilica of Our Lady of Piat). Our Lady of Piat Basilica sports a simple facade flanked with a tall belfry. It is located on top of a hill in the midst of Cagayan River with the intention of avoiding floods brought about by the seasonal overflowing of the said river. The church structure is mainly made of red bricks, which is noticeably common among churches in Cagayan Valley. It is a contrast to old churches made of limestone and coral stone in many parts of the Philippines. The interiors is of curved ceiling made of wood with historical images and accounts at the top of the walls. On the altar lies the Blessed Virgin Mary covered with a glass. There are also verandas inside the church which makes the shrine elegant. At the back of the church are staircase leading to a window exactly located at the back of the Virgin Mary wherein devotees can touch the dress of Our Lady. 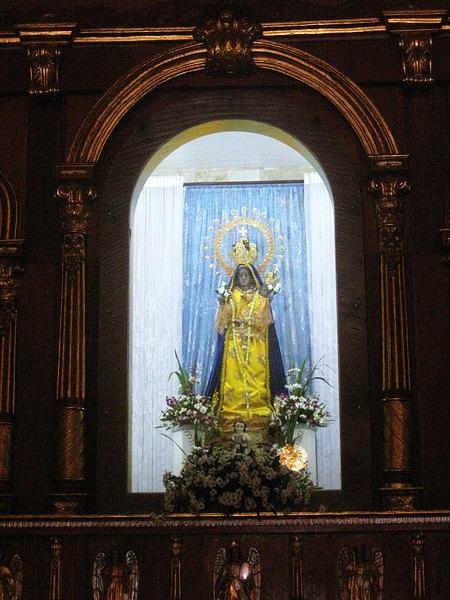 Our Lady of Piat in Shrine

Surrounding the basilica, stood the Piat Basilica Museum which holds several artifacts , Blessing Sites for Religious Items, Parish Convent, Life-sized representations of the Stations of the Cross. Masses are offered everyday but thousands of devotees attend every Sunday.