Basilica de San Martin de Tours, is a Minor Basilica located in Taal, Batangas. It is claimed as the largest church in the Philippines and in South East Asia. 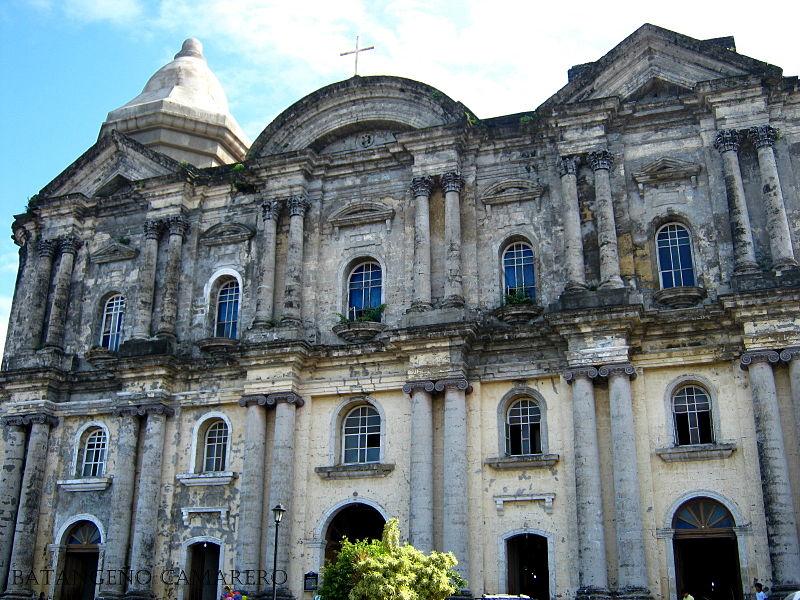 The facade of the Taal Basilica

Basilica de San Martin de Tours, is a Minor Basilica located in Taal, Batangas. It is claimed as the largest church in the Philippines and in South East Asia. This church is 96 meters long and 45 meters wide. Local people celebrate the day of their patron saint, San Martin de Tours, every November 11. It is the time that the townspeople honor and acknowledge their patron saint. 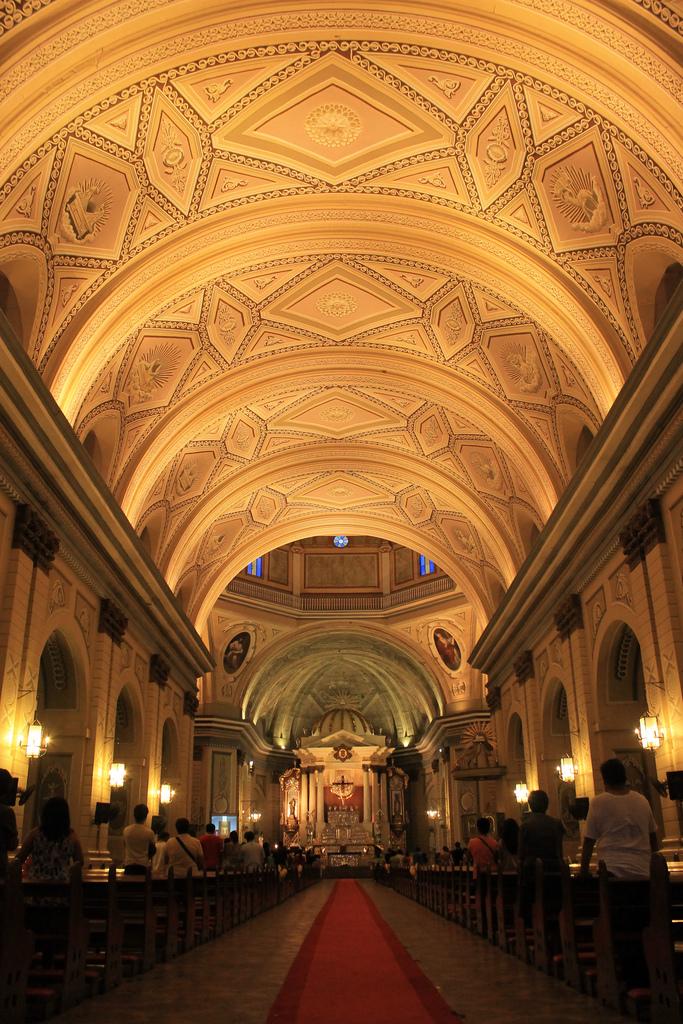 The church was first built by Father Diego Espina in 1575 in the town of San Nicolas. It was destroyed when the Taal volcano erupted in 1754. It was rebuilt in 1755, but the church was destroyed again by an earthquake in 1849. Construction of the present church was started in 1856, which was supervised by Architect Lucina Oliver. 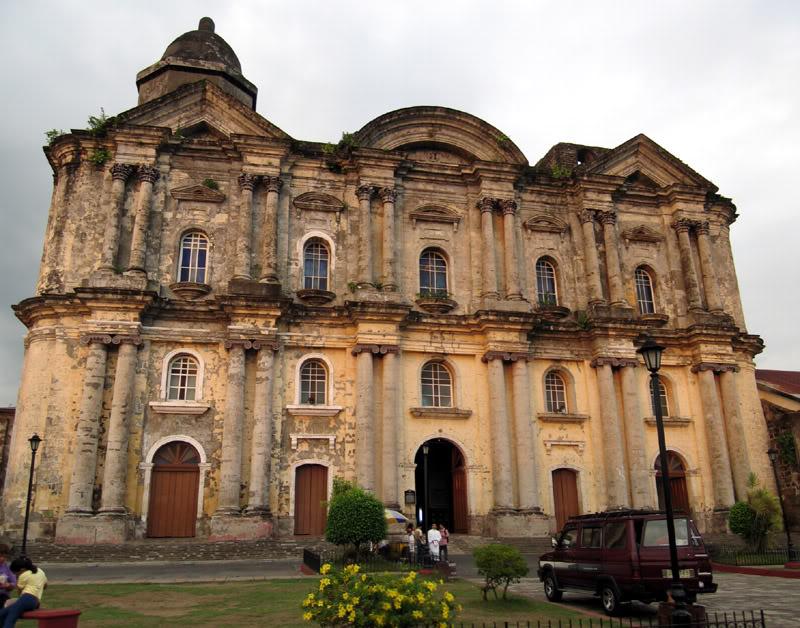 The church is very unique with design features that combine patriotic, religious, and artistic influences. Artists point to the theatrical exuberance of its baroque façade consisting of a single mass of stone shaped with rich complex designs. The church, however, is a fusion of styles with arched openings, alternating segmental canopies and arches of asymmetric shapes. 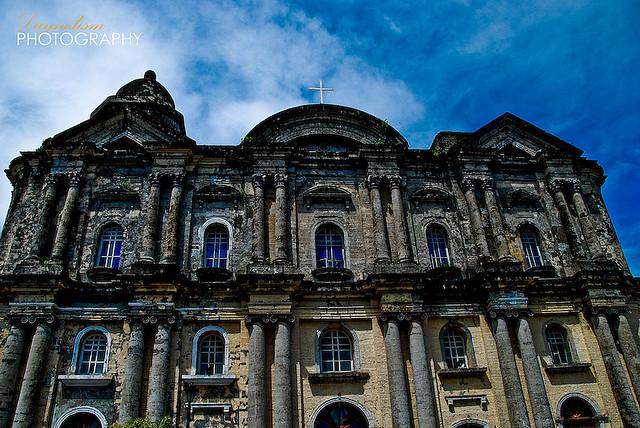 The first level of the facade is lined with coupled-Ionic pillars, which alternate with arched doors topped by arched windows. The vertically oriented arrangement is decisively counterpointed by projecting cornices and moldings which stretch from one side to the other. Out of this horizontal demarcation, the second level of the facade appears where coupled columns and arched openings are arranged in alternating fashion. However, instead of Ionic columns, Corinthian ones are used on the second level. 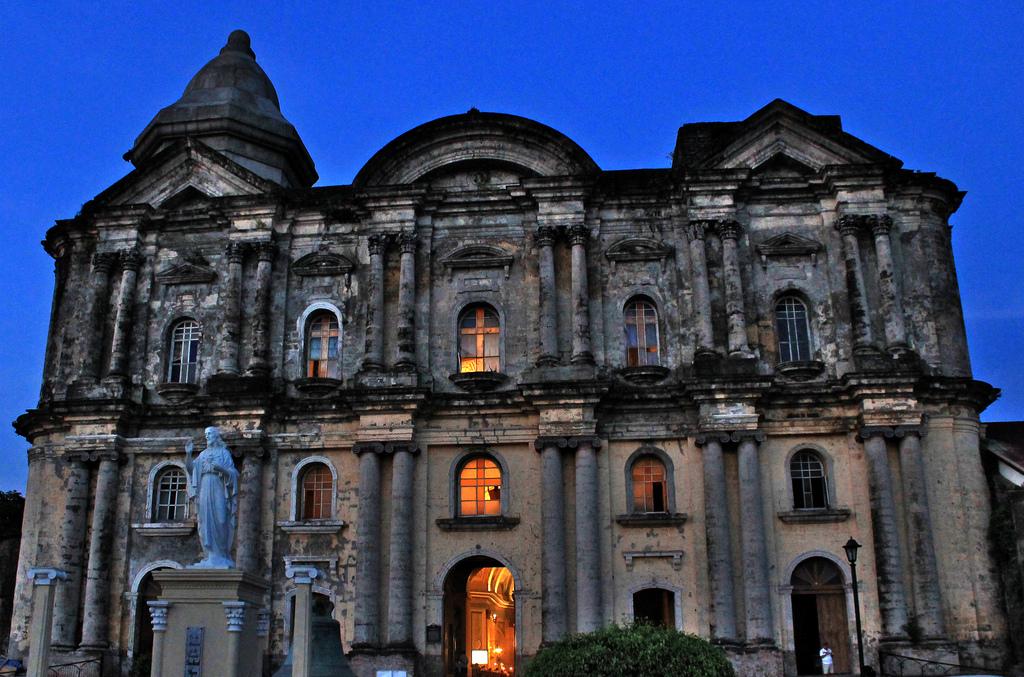 The facade is topped by three pediments, a semicircular one flanked by triangular ones. These pediments are already suggesting by similarly shaped moldings on top of the windows. With a clever manipulation of vertical and horizontal movements on the facade, the eyes are forced to find a comfortable schema. The design provides this by rhythmically repeating similar elements like to couple columns, arched openings, pediments, and identical moldings, and cornice and indented moldings. 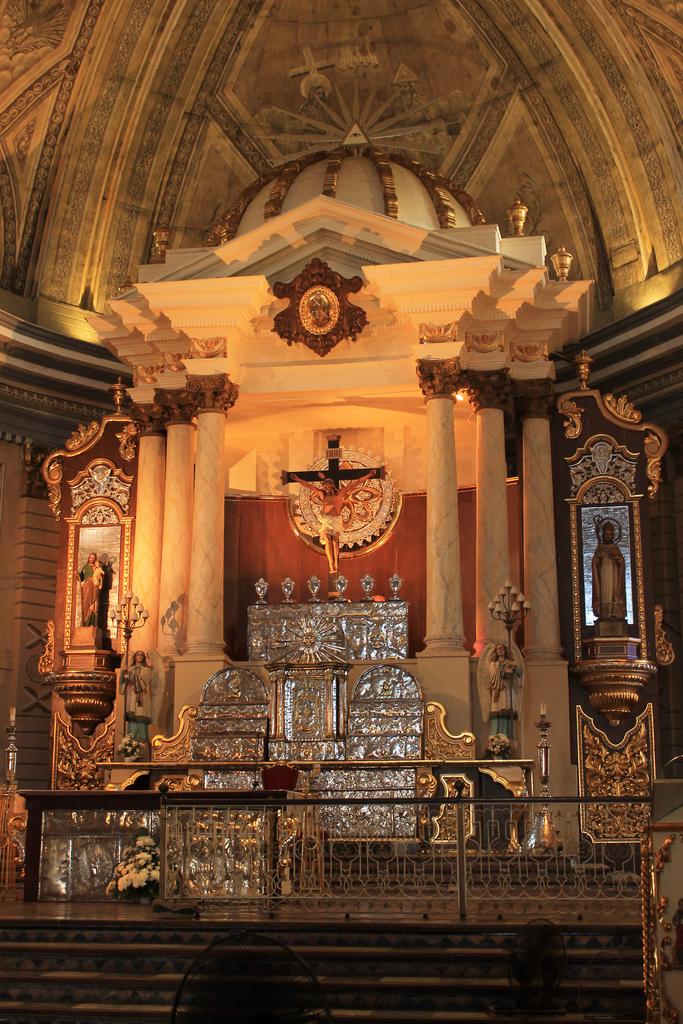 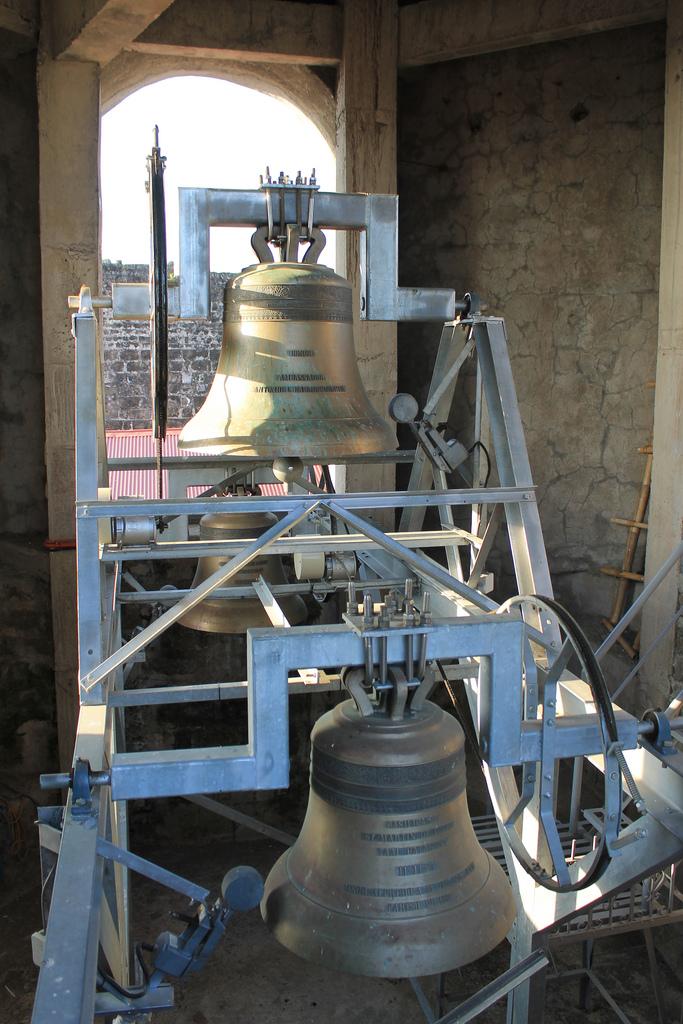 During the earthquake of 1942, the belfry collapsed and the bell fell from its location, damaging and silencing it. The king of the bell, as it was previously known, is now hanging silently in its previous place on the restored dome.

You can reach Taal, Batangas by means of STAR Tollway or Southern Tagalog Arterial Road. Drive straight to STAR Tollway and exit at Tambo (Lipa City). Turn right from the exit and follow the signs to Cuenca. Continue on driving to the national highway until you pass through the towns of Alitagtag and Sta. Teresita.

When you reach the Sta. Teresita junction, turn right and drive straight until you reach the Taal-Lemery Bypass Junction. Turn left at the junction and follow the road and you’ll find the Taal Basilica easily.