Benigno Ninoy Aquino – A Hero of All Time 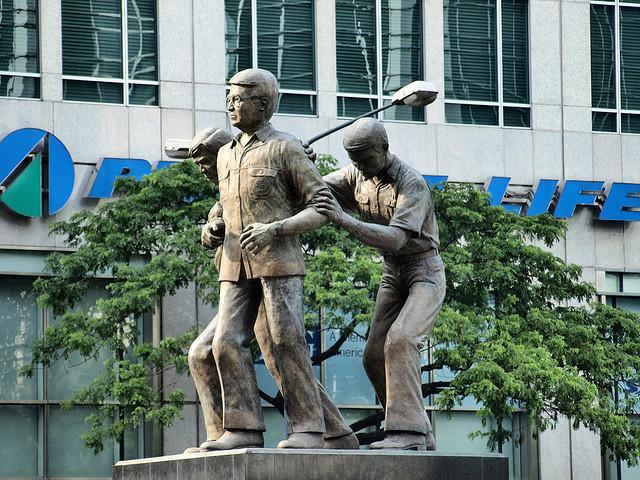 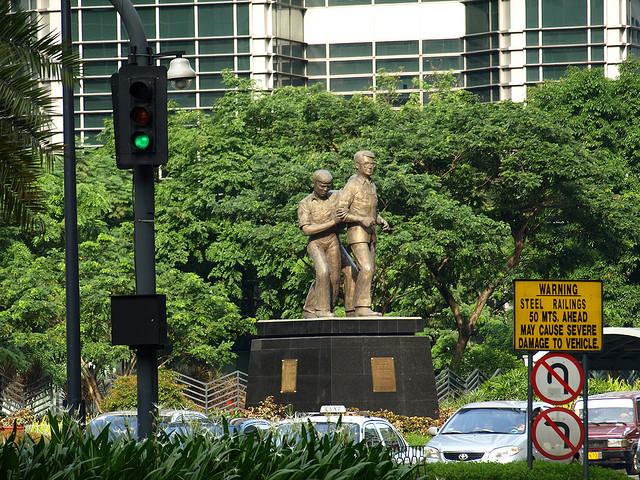 The Ninoy Aquino Monument depicts Ninoy with two bodyguards who are holding him, as if hiding from Ninoy’s back, plausibly because they are afraid to fight. The fearless Ninoy stood proud that he was a Filipino who fought for country’s democracy.

Several monuments were built in his honor. Most renowned is the bronze memorial in Makati City near the Philippine Stock Exchange, which today is a venue of endless anti-government rallies and large demonstrations, with another one bronze statue in front of the Municipal Building of Concepcion, Tarlac.

The Ninoy Aquino Monument is a bronze monument by sculptor Peter de Guzman. It was built in the corner of Ayala Avenue and Paseo de Roxas, at the southwestern edge of Ayala Triangle where the Makati Stocks Exchange (south), Gabriela Silang Monument (south southeast), and the Filipinas Heritage Library (southeast) and are also situated.