The Bicol National Park can be found in the town of Basud, Camarines Norte. It is located within the territorial jurisdiction of barangay Tuaca. It has a distance of 18 kilometers from the town proper. 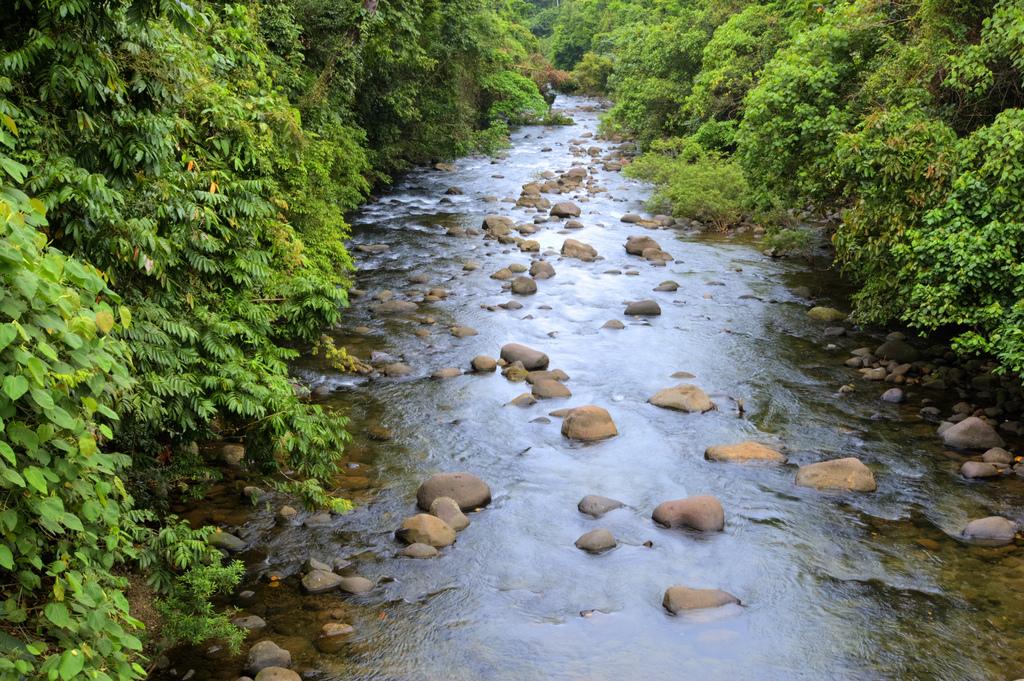 The Bicol National Park can be found in the town of Basud, Camarines Norte. It is located within the territorial jurisdiction of barangay Tuaca. It has a distance of 18 kilometers from the town proper.

At the heart of this forest is the famous 7-kilometer winding road called Bitukang Manok. Motorists of all walks of life feel the cool breeze and moderate winds while passing this forest zone. It lies between the Province of Camarines Sur and Camarines Norte. The boundary is very much identified because of its famous Bahi River passing a permanent boundary marker.

The park is one of the richest rainforests in the Philippines. It is also a homeland for about 190 wildlife species, 18 mammals, 120 birds, 22 amphibians and 30 reptiles and majority of them are endemic to the region.

The area is also a place where endangered wildlife species such as the Luzon Hornbill, Grays monitor lizard, Woodworths frog, and the Southern Luzon slender-tailed cloud rat dwell.

The Park is also a home for the Bicol’s oldest and tallest tree, Bicol’s Mother Tree. The tree is said to be in more than a  hundred-year old. It is a red lauan tree (Shorea negrosensis), with a height about 44-meter and 17 feet at its widest part.

The Bicol National Park is one of the protected areas in the Philippines. In fact, provincial officials launched a campaign and programs that aim to protect the park from illegal logging and destruction.

The park showcases the Bicol's natural heritages and wonders such as endemic trees, wildlife species, and unspoiled rivers.

List of Accommodations around the province of Camarines Norte

Camarines Norte is accessible by land, air and sea transport.

Camarines Norte is about a six-hour drive from Manila through lush forests and picturesque seascapes.

Camarines Norte can also be reached by air through the Pili Airport in Camarines Sur. From the airport you can take a bus or a cab to Daet via Naga City.

Motorboats, motor launches and non-motorized bancas are usually used in transporting passengers and cargoes from the mainland to the coastal barangays and islands of the province.