The Concepcion Mansion is located at the Plaza Rizal in barangay San Jose. It was built in 1937 by Don Fortunato Concepcion and was acquired by the City of Pasig in 1980. Previously, it housed the Pasig Library and Museum. In 2001, the building was renovated and was fully devoted to a museum housing various historical artifacts. 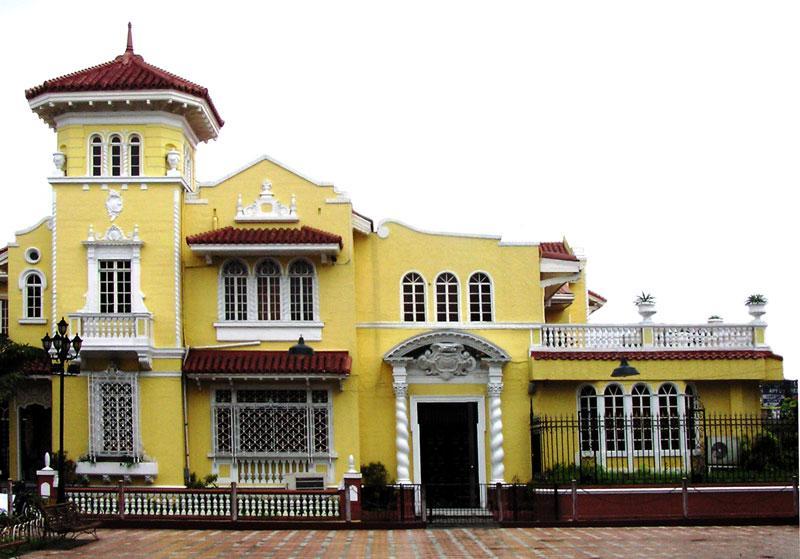 The Concepcion Mansion is located at the Plaza Rizal in barangay San Jose. It was built in 1937 by Don Fortunato Concepcion and was acquired by the City of Pasig in 1980. Previously, it housed the Pasig Library and Museum. In 2001, the building was renovated and was fully devoted to a museum housing various historical artifacts.

During the World War II, the Japanese used the Concepcion Mansion as their headquarters and detention center. On 19 February 1945, the American flag was hoisted atop the tower of this mansion, symbolizing the end of the Japanese occupation of Pasig.

Today, the Pasig City Museum is a living museum, dynamic and organic component of the very life and aspiration of the people of Pasig. It is the repository of Pasig's culture, tradition and history. the main feature of the museum is a walk through Timeline History of Pasig from the early settlers to the more recent times. This is capped by the sites and landmarks evolution through the ages. The museum also has its own audio visual room which can also be converted into an exhibit area.

The collection of the Pasig City Museum comprises the core of its most dynamic and organic relation with the community and society. As its main component attraction, the collection consists of varying objects, memorabilia and artifacts, bearing historic and contemporary significance. These collections are organized in specific exhibit areas corresponding to periods of historical development of Pasig. Permanent museum collection includes the following: Natural Science Collection, Sites and Landmarks Evolution Through the Ages & Other Photos, Philippine Coins and Paper Money, Center for Pasig Heritage Studies, Valentin Cruz Room, Guillermo E. Tolentino Room, and Araw ng Pasig Exhibits.

The quintessentially Filipino ride known as the “jeepney” goes the Pasig-Quiapo (and vice versa) route, which has existed for decades, and travels from the western side of Shaw Boulevard. The modern and cooler spin-off of the jeepney – the “FX” - is available at a terminal on the north side of Robinson’s Galleria