Dumaguete: The City of Gentle People

Known as “The City of Gentle People,” Dumaguete is a particularly friendly city which warmly welcomes its visitors. The people living here are soft spoken, understanding, hospitable, and loves to celebrate life through music, food, and dance. It is no wonder why Dumaguete have many things to celebrate. 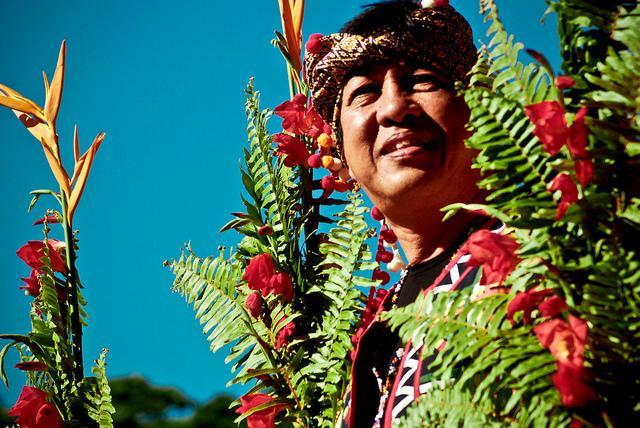 Known as “The City of Gentle People,” Dumaguete is a particularly friendly city which warmly welcomes its visitors.  The people living here are soft spoken, understanding, hospitable, and loves to celebrate life through music, food, and dance. It is no wonder why Dumaguete have many things to celebrate.

Dumaguete City is the capital, the principal seaport and largest city of Negros Oriental Province. It is known as a university town, as a gateway to some of the best dive sites in the country. Visitors to Dumaguete are forewarned that a short stay might end up as a long love affair with the city.

"Dumaguete" was coined from the Visayan word "daggit" which means "to snatch".  Because of the frequent marauding attacks of Muslim pirates on the coastal town, and the power to attract and keep her visitors for good, the word "dumaguet", meaning "to swoop," was christened to the village of Dumaguete.

However, Diego Lopez Povedano in 1572 indicated the place as "Dananguet." But in 1734, Murillo Velarde referred to it, using its present name, as Dumaguete.

In 1890, the island-province of Negros was divided into two politico-military provinces, Occidental and Oriental.  As earlier constituted, in 1898, Dumaguete was included in Negros Oriental.  On May 1, 1901 after the Philippine-American War, the Americans established a civil government in the province.

Dumaguete enjoys a vibrant economy brought about by the influx of investors in the business process outsourcing and other industries.  TeleTech, one of the world's largest call center firms, and SPi, one of the world's leading BPO companies, are the two large ITES firms operating in Dumaguete.  Robinsons Land Corporation, a major mall operator in the Philippines, has started the construction of a new mall located on a 6-hectare lot in Calindagan, south of downtown Dumaguete.  There is also an upsurge in the number of tourists arriving in the City of Dumaguete and nearby areas.

The city's ambience and tranquil, moderate way of life make it conducive to learning and intellectual pursuits. The city has become a melting pot of students, professionals, artists, scholars and the literati coming from different parts of the country and the world. It has earned the distinction of being known as “the center of learning in Southern Philippines” because of the presence of seven universities and colleges that have made their mark locally and internationally.

Silliman University is the dominant institution of higher learning in Dumaguete.  Established in 1901 by Protestant missionaries from the USA, it is the oldest Protestant university in the country and the oldest American-established University in Asia.  Starting as an elementary school, it soon raised to become a university in 1938.   Since then, students coming from all around the world have called Dumaguete their home while acquiring that coveted degree.  The 610,000 sq meter campus is adjacent to and intermixed with the city’s downtown district.

Since sightseers and tourists pass through Dumaguete City when going to the attractions of the province, the local government maintains a cooperative relationship with hotel operators, restaurant and resort owners in providing wholesome, clean and adequate service to visitors.

Travel agencies in the city also provide special travel packages to those who go to Dumaguete from Manila or Cebu and back. Special side trips are also available which take enthusiasts to whale and dolphin watching in Bais Bay, scuba diving in either Siquijor or Apo islands, mountain trekking in Mt. Talinis, spelunking in Mabinay, or just plain sightseeing in Valencia town.

The City Tourism Office also provides tourist assistance at the Dumaguete City airport and free tour-guide service to those who ask for it.

Rizal Boulevard stretching right by the seacoast is the converging place in the city for people of all walks of life. Either jogging or simply strolling in the early morning watching the sun rise in the sea horizon; or at sun down enjoying the sea breeze as the color of the sky changes to pale orange until the string of lights lining the baywalk takes over.

When in Dumaguete City, one cannot simply miss this 780-meter strip of wide beachfront promenade. It runs almost entirely along the city’s commercial district and provides quite a refreshing and calming view when dining or having a drink at one of the many restaurants or bars lining the street.

It is a popular spot for family picnics and other outdoor activities. On Sundays, you can usually find revelers seated cross legged on the grass around their spread of food. Children have their time of day running around or clam digging on the seashore during low tides.

On many occasions it becomes a venue for celebrating city festivals. During the day, the streets hold parades and dances while banca (sailboat) racing goes on at the beach. In the evening, it becomes a native food market. The wonderful aroma of grilled seafood and barbecue permeates the sea air. A band performs nearby while the beer continues to flow.

A quiet night outside on full moons calls for a romantic stroll after a taste of the boulevard’s action-packed nightlife. It is just a perfect way to end a pleasant evening soiree.

Rizal Boulevard is undoubtedly one of the most visited places in the city. It was named after the famous Philippine national hero, Dr. Jose Rizal, who actually made a stopover here on his way to Dapitan where he was put in exile.

The bell tower of St. Catherine of Alexandria Cathedral was constructed in 1811. Other than informing townsfolk of daily mass schedules, it also served as a watchtower for forthcoming attacks by aggressors. The belfry is an old landmark of the city and mute witness to the city's history when pirates from Mindanao used to come and kidnap beautiful local maidens in the late 18th century. Built between 1774 and 1776, the belfry stood and served as a watchtower, alerting village people of marauding pirates when its bell was rung. Improvements were made on the belfry in 1885 together with the renovation of the church and convent.

The Dumaguete Belfry was restored in 1985 and since then has become a very popular landmark. A garden now surrounds the tower and a grotto of the Virgin Mary stands erect near the base. Devotees flock daily to light a candle for their prayer requests or for confirmation of their faith.

The pride of Dumaguete, Silliman University is a vast 61-hectare land located at the very heart of the city. Built in 1901, it first started with less than 10 students and a makeshift classroom. Today it is one of the best and biggest universities in the Philippines.

The Silliman Hall is the oldest known building in the campus. It was erected in 1903 when the need for additional classrooms arose. Today, it serves as a museum and a venue for university dinner conferences and the like.

In the year 1978, construction began for this 3-storey building using funds donated by the USAID foundation of the United States of America through the office of American International Development. It was finished within one year, and formally inaugurated on August 28, 1979. It still remains to be one of the biggest libraries in the Philippines.

Once the City Mission Hospital, Katipunan Hall is now converted into classrooms and educational departments. Interestingly enough, much of the hospital’s original structure has been retained.

The Mission Hospital was established in December, 1915 by Dr. Langheim and his wife who was also a nurse.  They were the pioneers of medical missionary work in Negros Oriental, and both of them were also educators at the school.

In the bustling downtown area is the city market filled with tiny stalls and rows of tables stacked with local fresh produce.

Meat and vegetables are usually freshest in the early morning hours. Fishermen from neighboring towns also bring in their catch during this time. Dumaguete's Fish and Vegetable market is even famous as the cleanest in the area. Next to fish, meat and vegetables they also sell fruits, flowers, rice and lots of accessories. Even services such as beauty salons can be found.

The public market can be a bit noisy and a tad cluttered because of so many people coming in and out of the building. Other products that could be sourced from there include pots and pans, baskets, brooms and other cleaning agents, plastic products, livestock feeds, even freshwater pearls, watches and gold jewelry.

Every Sunday morning between 5 and 7 there is a pre-market, where farmers coming from the far areas of the island try to sell their vegetables and fruits. You have to get up early but it is nice and colorful.

The proximity of Angtay Golf Club makes it convenient for all golf enthusiasts in the city to practice their swings after work at the office. In the late afternoons, it is a common sight to find junior golfers lining up for training sessions as well.

With the 9-hole course, Angtay Golf Club has a function room and a restaurant serving good food. It is also a perfect setting for wedding receptions and children’s parties. It has a spacious parking area with security guards.

Each year for the past 18 years, all the young and the young-at-heart flock to the bedecked Spanish mansion of Dr. Rico Absin, a practicing anesthesiologist in his early 50s, who has successfully created an institution out of a genuine passion for art and decoration.

The Area has some of the best dive sites in the world, namely Apo Island and Sumilon Island. Having one of most diverse marine ecosystem in the World, divers converge in Apo Island to see the beautiful corals and marine life in this Marine Preserve managed by Silliman University.

Dolphin and whale watching in nearby Bais Bay, spelunking in Mabinay Cave System, and hiking to the three lakes on top of Mt Talinis are just some of the sights one can visit to make your visit in Dumaguete complete.

From Tagbilaran City, Bohol, you can reach the city through the Supercat fast craft in an hour and a half. Fast ferry trips are available daily.

Some of the most popular places in the city that offer accommodations: