Five Surprising Facts about the Rizal Monument in Luneta Park

As a famous landmark in the Philippines, Rizal Monument’s history should be revisited because of its historical and cultural significance. It was built to commemorate the Filipino nationalist and the de facto national hero of the Philippines, Jose Rizal. Here are ten interesting facts about this landmark:

by Vigattin Tourism Administrator on October 15, 2014 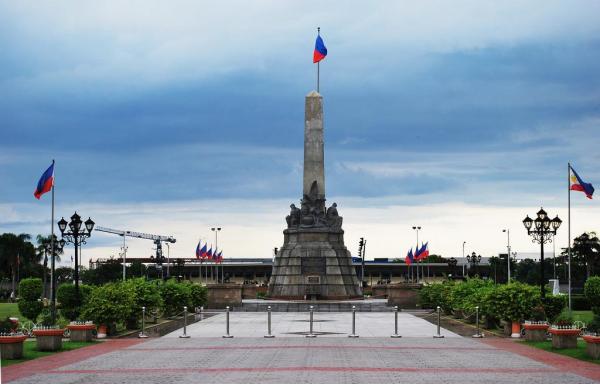 As a famous landmark in the Philippines, Rizal Monument’s history should be revisited because of its historical and cultural significance. It was built to commemorate the Filipino nationalist and the de facto national hero of the Philippines, Jose Rizal. Here are ten interesting facts about this landmark:

1. It was made possible by U.S. President Theodore Roosevelt

It was built by virtue of the United States Philippine Commission Act No. 243, dated September 28, 1901. It was approved by no less than United States President Theodore Roosevelt. The act granted the allocation of land in Luneta to erect a monument commemorating the memory of Jose Rizal near the where he was executed by the Spaniards.

2. An international design competition was held for the monument

The Rizal committee held an international design competition between 1905–1907 and invited sculptors from Europe and the United States to submit entries with material preference produced in the archipelago. The estimated cost of the monument was P 100,000. The insular government donated P 30,000 for the fund. By January 1905, that goal had been oversubscribed. When the campaign closed in August 1912, the amount collected had reached P135,195.61.

3. Al Martyr de Bagumbayan was the original design for the monument

On January 8, 1908, the judging committee of the competition announced its decision to the press. The first-prize winner was Carlo Nicoli of Carrara, Italy for his scaled plaster model titled “Al Martyr de Bagumbayan” (To the Martyr of Bagumbayan) besting 40 other accepted entries. Nicoli won the P 5,000.00 first prize for his design depicting a monument rising 18 metres (59 ft) high with a base of 12 metres (39 ft).

4. The monument was unveiled 17 years after Rizal’s death

More than twelve years after the Philippine Commission’s approval of the Act, the shrine was finally unveiled on December 30, 1913 during Rizal’s 17th death anniversary. The remains of Rizal interred in the monument consisted of bones because after his execution, the hero was secretly buried without a coffin at Paco Cemetery.

There was an account of how his sister Narcisa ultimately discovered the burial site and how she bribed the caretaker to mark the site with RPJ—Rizal’s initials in reverse. His poem, now popularly known as "Mi Ultimo Adios" ("My Last Farewell") is inscribed on the memorial plaque.

5. It is the only statue in the country that has honor guards

The perimeter of the monument is in a continuous ritual guarding by the Philippine Marine Corps’ Marine Security and Escort Group. Honor guards from the Philippine Marines watches the monument twenty-four hours a day. Guarding it has been a role exclusively given to corporals and sergeants of the Marine Security and Escort Group (MSEG).

For more historical sites in the Philippines, you may read these articles:

Top 10 Historical Places in the Philippines

Visit the Historical Sites of Pampanga