The return of General Douglas MacArthur to the Philippines during our fight against the Japanese invaders was one of the major turning points in our country's history. The dwindling hope of the Filipinos were rekindled. We were able to stand up again after numerous assaults to our losing forces. To this day, we live in gratitude to General MacArthur for the big role he played in our country's fight for independence. 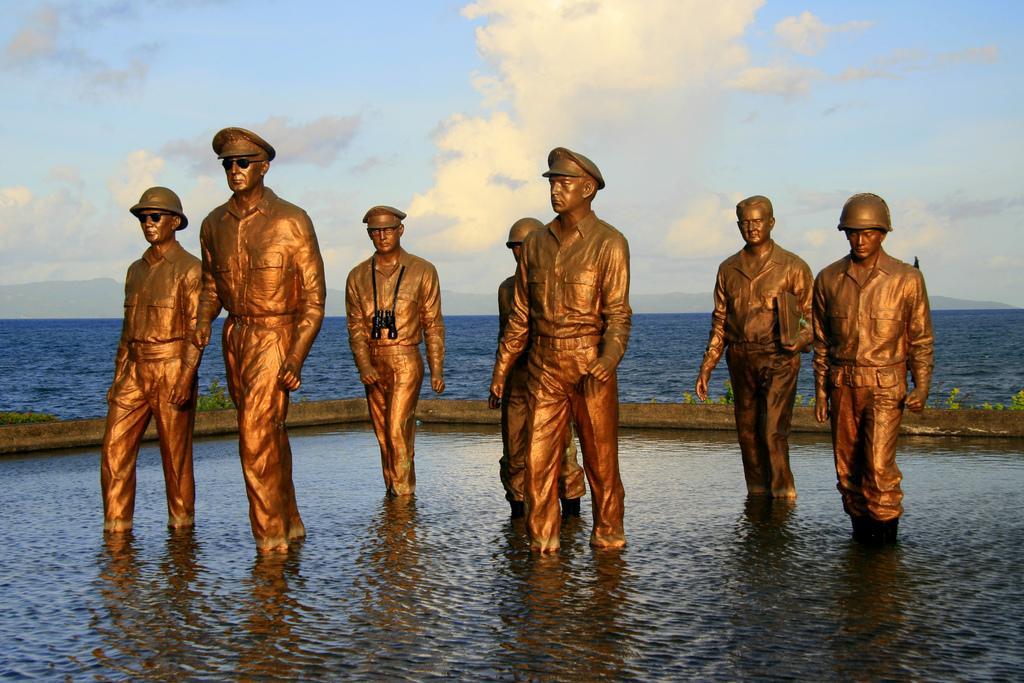 The landing of General MacArthur in the Philippines is one of the most significant historical events in the country. The dwindling hope of the Filipinos were rekindled when he fulfilled his promise and returned to the country with thousands of armies to help defeat the Japanese invaders.

Where can it be found?

Why is it called Red Beach?

The “red” doesn't refer to the natural color of the beach; instead, it is the coast's color after being drenched in blood.

What is its history?

On October 20, 1944, General Douglas MacArthur made his promise to return to the Philippines to help the country fight against the Japanese colonizers. This was where the phrase “I shall return” came from.

To fight against the Japanese forces that had overtaken the country, General MacArthur convinced President Roosevelt and Pacific Commander Chester Nimitz to send forces to the Philippines. With the company of President Sergio Osmeña, General Carlos P. Romulo, General Sutherland, U.S Fifth Air Force, U.S Seventh Fleet under Vice Admiral Thomas C. Kinkaid and some members of the government, General MacArthur arrived at Red Beach with 225, 000 troops and 600 ships.

The largest marine battle happened in the Gulf of Leyte; it was known as the Second Battle of the Philippine Sea. This marine battle was the last battle during the World War II.

This naval battle was actually a campaign consisting of four interrelated battles:

What can I see at the tourist spot?

Now, it is called the Leyte Landing Memorial, measuring 4 ½ hectares in land area. The memorial consists of larger than life bronze statues (about 10 feet tall) where President Sergio Osmeña, General Carlos P. Romulo, members of the government and General Douglas MacArthur are standing in a man-made pool.

What is Gen. Douglas' Proclamation?

To the People of the Philippines:

I have returned. By the grace of the Almighty God our forces stand again on Philippine soil — soil consecrated in the blood of our two peoples. We have come, dedicated and committed to the task of destroying every vestige of enemy control over your daily lives, and of restoring, upon a foundation of indestructible strength, the liberties of your people.

At my side is your President, Sergio Osmena, worthy successor of that great patriot Manuel Quezon, with members of his cabinet. The seat of your government is now therefore firmly re-established on Philippine soil.

The hour of your redemption is here. Your patriots have demonstrated an unswerving and resolute devotion to the principles of freedom that challenges the best that is written on the pages of human history. I now call upon your supreme effort that the enemy may know from the temper of an aroused and outraged people within that he has a force there to contend with no less violent than is the force committed from without.

Rally to me. Let the indomitable spirit of Bataan and Corregidor lead on. As the lines of battle roll forward to bring you within the zone of operations, rise and strike. Strike at every favorable opportunity. For your homes and hearths, strike! strike! For future generations of your sons and daughters, strike! In the name of your sacred dead, strike! Let no heart be faint. Let every arm be steeled. The guidance of Divine God points the way. Follow in His Name to the Holy Grail of righteous victory!

Statues were erected at the site to commemorate the event. During the term of President Ferdinand Marcos, First Lady Imelda Marcos, who originated from the province, developed the memorial site. It was then named Imelda Park but the original name MacArthur Park was restored after the Marcoses left the country. The historic stretch of beach was turned into the MacArthur Landing Memorial Park in time for the golden jubilee of the Leyte Landing in 1994.

From Manila, various bus companies like Philtranco and Eagle Star are providing an air-conditioned or ordinary directly to Tacloban City.

There are flights from Manila to Tacloban City by Philippine Airlines or Cebu Pacific that cost around 1,700 – 2,000.