General Santos City: The Tuna Capital of the Philippines

Although aptly called the Tuna Capital of the Philippines, General Santos City isn't all just about seafood. It is a busy and developed city that rivals any in the country in terms of potential and growth. 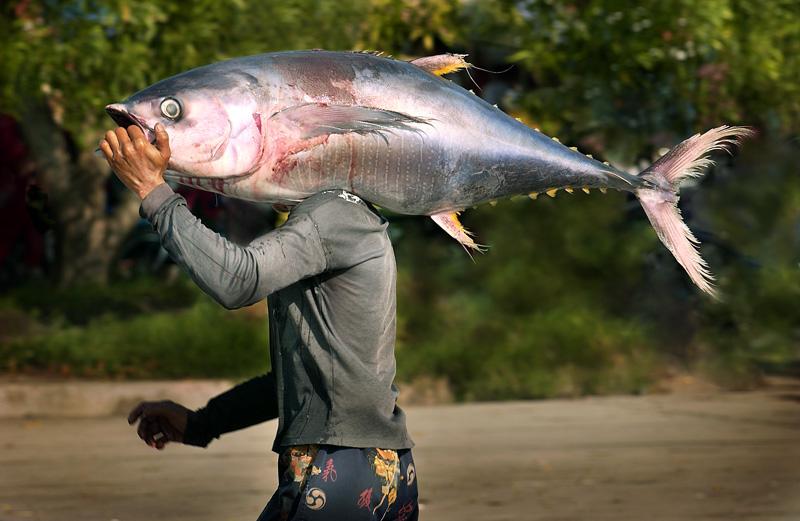 A big and fresh tuna caught at General Santos Port

Although aptly called the Tuna Capital of the Philippines, General Santos City isn't all just about seafood.  It is a busy and developed city that rivals any in the country in terms of potential and growth.

General Santos City is situated in the southern part of the country, in the province of South Cotabato. It is classified as a first class city, having an average annual income of P250 million or more. The city has a population of 411,822 as of the 2000 census, making it one of the most populous cities in the Philippines. It is nicknamed as the "Tuna Capital of the Philippines". 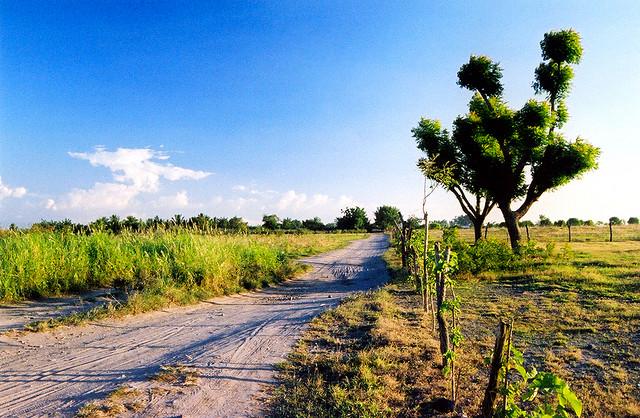 General Santos City is bounded by three municipalities of Sarangani Province and two municipalities of South Cotabato, namely Alabel, Malungon, Maasim, Polomolok and T'boli. The city's economy is primarily agro-industrial. As a component of the SOCCSKSARGEN growth area, it has contributed much to the area's emergence as the country's leading producer of major commodities. 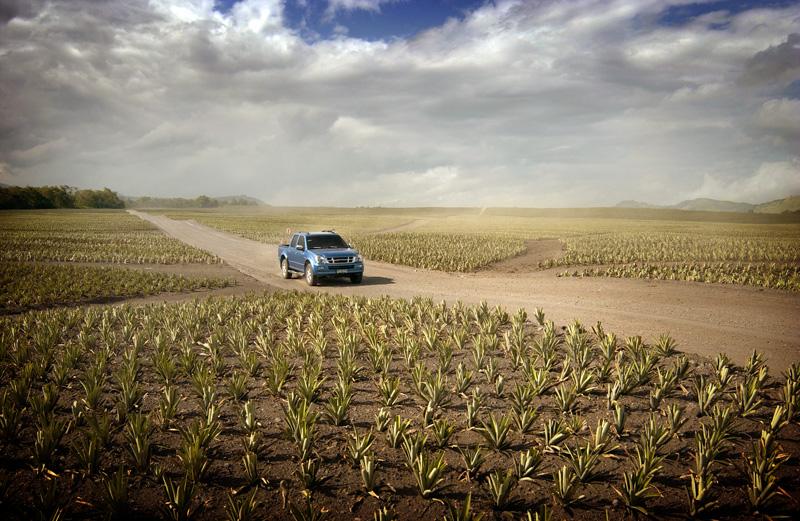 Due to its rich soil, good rainfall and typhoon-free climate, the area is the largest producer of corn, coconuts, copra, pineapples, asparagus and rice. The area also produces other high value crops such as exotic fruits, potatoes, vegetables, cut flowers and okra. 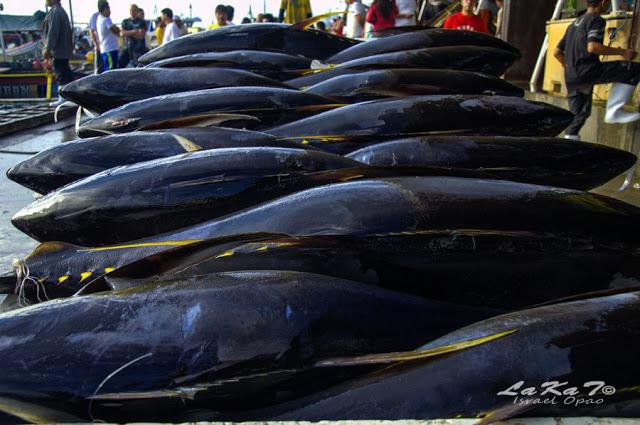 It accounts for the largest total daily fish landings in the country and is the leading producer of sashimi grade tuna. Residents boast that fish and seafood do not come fresher than in their city. 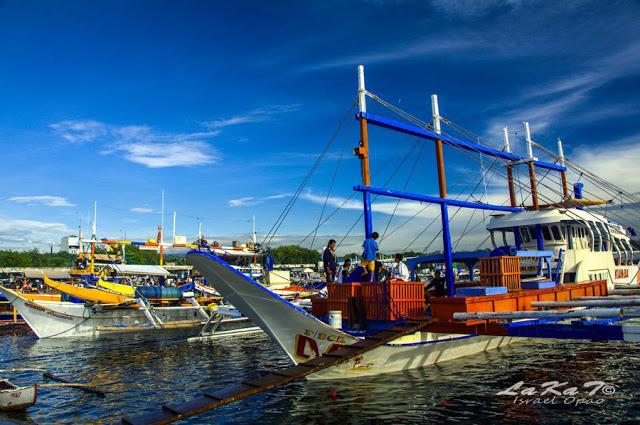 Down the southern tip of Mindanao, expanding from the basin of Sarangani Bay lies the city of General Santos, host to modern amenities and endowed with the beauty of nature, where diverse cultures abound. No wonder General Santos City is adds up to the tourism in the Philppines and in Mindanao as well. It is the gateway to discovering the boundless beauty of the SOCCSKSARGEN growth region. 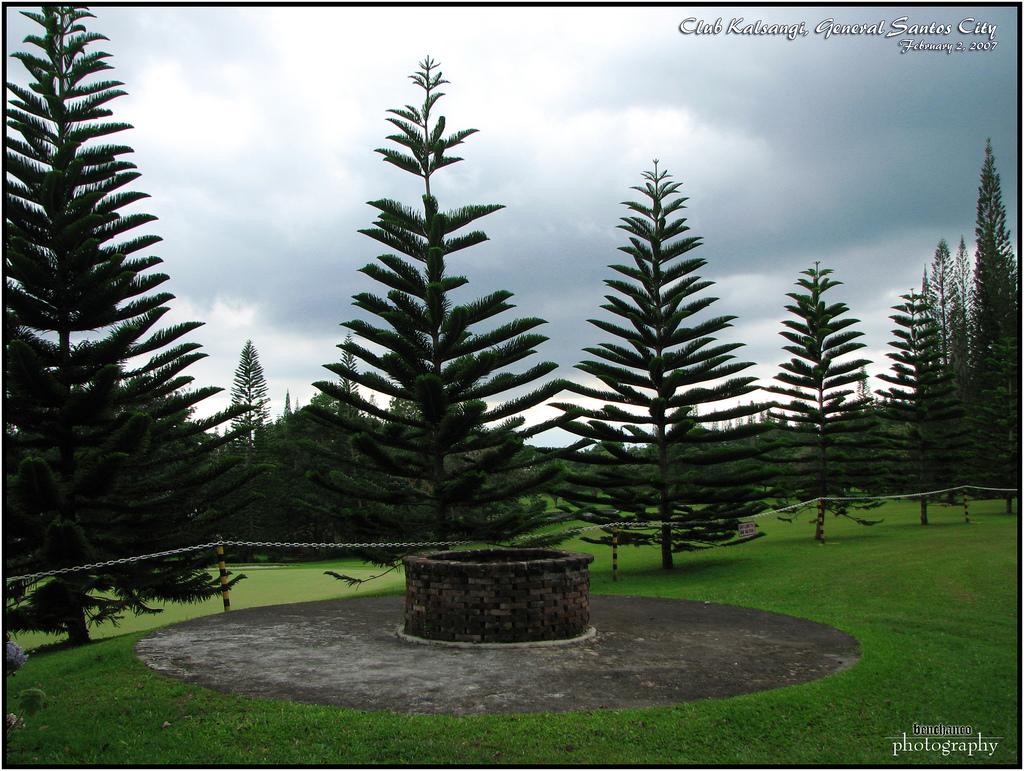 The Tuna City pampers its guests with tons and tons of tuna and other delights that gave birth to several gastronomic institutions. A wide range of dining establishments have popped up right in the heart of the city, fulfilling cravings for Mindanaoan, Filipino, Asian and Western delicacies, with fresh-from-the-catch seafood and right-from-the-harvest agricultural products

Topping the list of must-eats are tuna and opah(Dayana), two of the best-sellers among locals, tula(soup in ginger, onion, lemon grass, pechay and tomatoes), and kinilaw(fresh cuts in vinegar, shallots, cucumber and pepper).

General Santos City celebrates the Kalilangan Festival every February.  'Kalilangan' means festival, festivity or jubilee. It is a social gathering marked by the exchanging of amenities among traditional leaders, elders, allies and subordinates in varying tones. In a broader perspective, Kalilang projects a positive and dynamic meaning as it engulfs the artistic, humane and altruistic aspects of social interaction that takes place in any occasion or celebration. Kalilangan is a noble tradition. It is also a pageantry of unique and colorful ethnic rites, rituals and traditions. It is not just an economic activity, but a continuous season of merriment, gaiety and merrymaking accentuated by sharing of gifts, traditional sports competition, dancing, singing and instrumental rendition and other forms of exhibition games, entertainment and amusement.  the Tuna Float is an awesome event, as is the tuna culinary contests.

The presence of transportation facilities--international standard airport, expanded Makar Wharf, good road network and adequate communication facilities within the city and neighboring places make General Santos City very accessible as the gateway to and from the region, with regular flights, sea travel, and land linkages to major points in the country.

General Santos City serves as the inbound destination for the sights, sounds and culture of SOCCSKSARGEN. Air, sea and land transport provide easy access to the key cities in the Philippines and the rest of the world. The City is home to the Philippines' second largest airport in area and has one of the most modern seaports in the country today.

Its airport can comfortably accommodate landings of the most modern wide-bodied aircraft. The GSC International Standard Airport can be reached direct from Manila, Cebu, Ilo-ilo or via Zamboanga, Cagayan de Oro and Davao through any Mindanao-based flight. Though there are still no direct international flights in the area, Philippine Airlines Air Philippines and Cebu Pacific operate in GenSan, setting links to a wide range of destinations.

GenSan's Makar Wharf is considered one of the best in the country. With a 740-meter docking length and a 19-meter width, the wharf connects the city to destinations within and outside the Philippines. Negros Navigation, WG&A and Sulpicio Lines provide local routes while Indonesian shipping lines contribute their GenSan-Indonesian route for passenger and cargo traffic.

SOCSKSARGEN land travel is a fast and convenient. With more than 400 passenger buses and jeepneys wielding routes within, to and from the growth region, getting to your place of destination is a comfort. Tricycles - three wheeled motorcycles with side-cars, are the city's main mode of land transportation and has been on the road since the pioneering times. Air-conditioned taxis and rent-a-cars are also readily available. The Pan-Philippine Highway links GenSan to other Major cities in Mindanao and to the rest of the country.