Greenhills Shopping Center is a shopping centre in the city of San Juan with over 2,000 stores, and espouses an 'indoor-outdoor' theme. The Shopping Center have the appearance of several distinct buildings (some separated by a main road) that are all interconnected through pathways and bridges and hosts a Roman Catholic chapel and a Muslim prayer room. 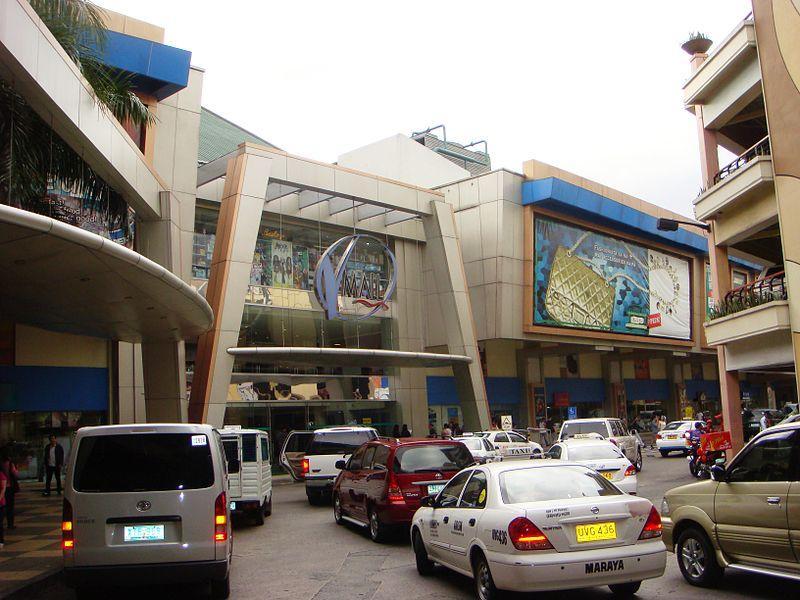 If you can dream it, you can have it!

Greenhills Shopping Center is a shopping centre in the city of San Juan with over 2,000 stores, and espouses an 'indoor-outdoor' theme. The Shopping Center have the appearance of several distinct buildings (some separated by a main road) that are all interconnected through pathways and bridges and hosts a Roman Catholic chapel and a Muslim prayer room.

A good start – Greenhills began in the early 1960s. Plans were drawn up to create a fully complemented first class residential community to include schools, churches and what was then the most modern concept for a shopping centre as its centerpiece.

Plans for building the Greenhills Shopping Centre began in 1966 following two years of studying some of the world’s most advanced community development projects. The proposed concept for the Greenhills Shopping Center, modern in every aspect and suited to local conditions, was presented by Architect Juan Nakpil. The concept included a supermarket, a movie house, variety stores, a bowling alley, service shops and restaurants.

Totally redesigned to make it more convenient for shoppers to go around, V-mall has of a wider area as the escalators have been relocated to the sides instead of its old location at the middle of the mall. It also features a scenic elevator that allows shoppers to see the whole area on their way to the top levels.

Sports shops like Ralph’s Sports Shops and Planet Sport are also part of the attractions. The Great Eats Food Court has several food outlets at the third level of V-mall together with Q-Power Station, and an arcade and amusement centre.

Goodwill Bookstore also has a branch facing the Annapolis Carpark. To make it a total family destination, the dental, optical and beauty clinics are stand to serve the needs of families.

V-mall is now connected to the new parking building of the GSC to make it easier for shoppers to walk to and from the parking area (known as the Annapolis Carpark) and V-mall. It also has branches of Dunkin' Donuts, Milky Way, Crazy Crepes, Pho Hoa and a Chinese Deli among others in the mall’s peripheral area.

The Shopping center has a lot of malls, restaurants, and supermarkets that will supply the needs of every visitor.

• Annapolis Carpark Square: a carpark hosting computer shops and popular fast-food franchises such as Jollibee, Chowking, Greenwich, KFC, and Mang Inasal.
• The Jewellery: a vaulted hallway that leads to a plethora of jewellery shops.
• Connecticut Carpark: a carpark featuring restaurants and bars on the ground floor. Trendy and upscale.
• Bridgeway Shops: a strip of shops and stores located between the elevated bridge leading to the Connecticut Carpark and the 2nd floor of the Centermall, where various cellphone shops are found.
• The Shops: a wide hallway featuring local and foreign boutiques, Cinnabon and Watsons, a drugstore.
• LifeStyle Center: contains a sports centre and antique merchandise, such as furnitures, old coins and other memorabilia.
• Beauty Central: contains salons, beauty parlors, and diet restaurants
• McKinley Arcade: features upscale restaurants specializing in Filipino cuisine.
• The Strip: features Chinese and other Asian restaurants.
• Theater Mall: contains cinemas and a few boutiques, software shops, and restaurants.
• Promenade: contains cinemas, restaurants, KTV, concert hall, and book shops. Trendy and upscale, and a popular destination for young people.
• Music Museum
• Shoppesville Arcade: One of the older shopping centers in the Greenhills Shopping Centre. Made up of 4 levels. The lower 2 levels contain various shops, selling local and imported merchandise. The 3rd level is mostly composed of stores selling RTWs, toys, and other gadgets. The 4th level, known as Shoppesville Plus, hosts many computer shops formerly located Virra Mall, before it was renovated into the new V-Mall.
• V-Mall: contains computer shops, some boutiques, some of SM Prime's stores, a bookstore and a food court.

Do you want a different shopping experience? The Shopping Center is bounded by Ortigas Avenue on the west, Connecticut Street on the south, Club Filipino (also known as McKinley), Eisenhower, and Annapolis streets on the north and Missouri Street on the east. This mall faces the tip end of Wilson Street.

From EDSA, ride a bus going to going to Ayala, MIA, SM Mall of Asia or Baclaran and get down in Ortigas. From the corner of EDSA and Ortigas, ride a jeepney or bus (G-Liner) bound for San Juan or Quiapo and get down at Greenhills.

From Monumento, you can ride a bus passing through EDSA going to going to Ayala, MIA, SM Mall of Asia or Baclaran and get down in Ortigas. From the corner of EDSA and Ortigas, ride a jeepney or bus (G-Liner) bound for San Juan or Quiapo and get down at Greenhills.