Guisi Lighthouse was built by the Spanish government in 1894-1896 as part of the master plan for the lighting of the Maritime Coasts of the Philippine Archipelago. 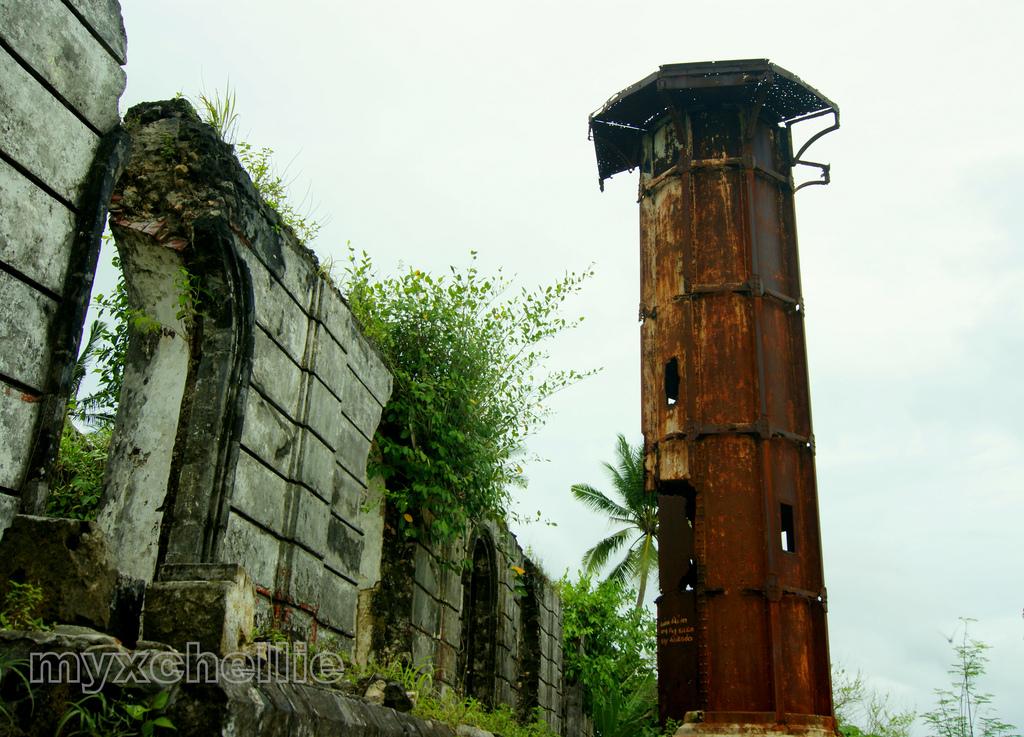 Guisi Lighthouse was built by the Spanish government in 1894-1896 as part of the master plan for the lighting of the Maritime Coasts of the Philippine Archipelago. The plan was aimed at lighting the Philippine seas and channels to guide ships in and through the most important sea channels to the ports of Manila, Iloilo, and Cebu. Known as Faro de Punta Luzaran, the lighthouse served as a navigational aid to the fishermen and sailors cruising Panay Gulf. While the original lighthouse is no longer operational, a new one has been built by the Philippine Coast Guard.

This station is on Guimaras Island, marking the southern entrance to Iloilo. The lighthouse, a 17.5 m (58 ft) octagonal cylindrical tower, was completed in 1896. It appears similar to the Cabo Bojeador and Cabo Engano lights. The entire light station is in ruins; the lantern is gone from the tower and the roof is gone from the 1-storey stone keeper’s house.

At some time after 1920, the light was replaced by what the current list describes only as 38 ft (11.5m) hourglass-shaped metal tower. (Description: Painted white, focal plane 34 m (111 ft), white flash every 15 seconds, no lantern.)

Number 12 lighthouse is listed in the 27 major Spanish Lighthouses of the Philippines (in the order listed by Faros Espanoles de Ultramar).

How to  Get  There

Iloilo City is the gateway to Guimaras. Guimaras can be reached by air and boat from Manila and other origins, via Iloilo City and by pumpboat in Pulupandan, Negros Occidental. The island province is 20-30 minutes by motorboat or ferry boat from Parola, Ortiz, Muelle Loney or Lapuz Wharves in Iloilo City. Direct travel to Guimaras is possible by light planes, which can land at the Guimaras Feeder Airport.

Check the Guimaras Official Website for more informations about the transportation schedules and locations.