It will probably take some time for the island to regain its luster. No problem. There are other nice islands in the province. From Naval port we rented a motorized outrigger to take us to Higatangan and Dalutan Islands. 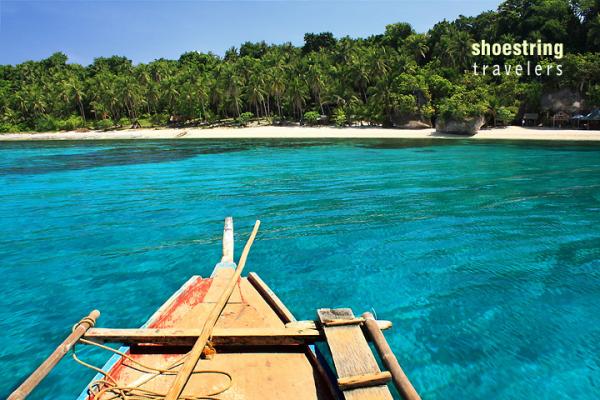 You may also check these:
https://shoestringtravelers.com/?q=node/59

It was a slightly rough sea but fortunately our boat was big enough to easily negotiate the waves. We had just left the white sand beaches and coral reefs of Higatangan Island in Biliran when suddenly to our right we sighted a small group of large, dark-colored fishes leaping off the water in spectacular fashion. Skipjack tunas! If anything it was indicative of the kind of marine life we were about to encounter in these parts.

After visiting some of Biliran’s waterfalls and rice terraces we were looking forward to an island-hopping adventure. I had initially set my sights onSambawan Island just off Maripipi. Sambawan has been prominently featured in several travel blogs but I learned from Zaldy, our local guide, that a strong typhoon the previous year had eroded Sambawan’s beautiful white sand beach and deposited several debris from the sea, marring its beauty. (I saw this for myself on a You Tube video.) It will probably take some time for the island to regain its luster. No problem. There are other nice islands in the province. From Naval port we rented a motorized outrigger to take us to Higatangan and Dalutan Islands. 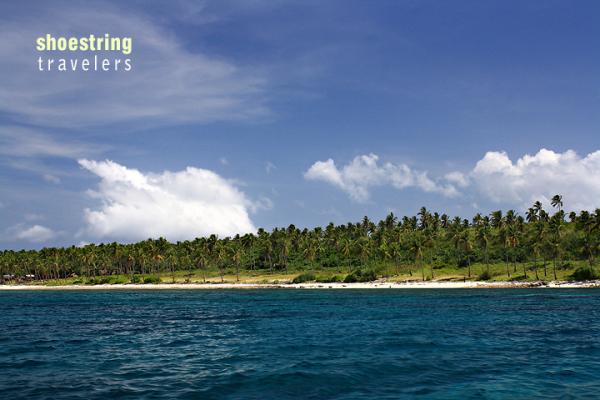 Although a part of Naval, Biliran, Higatangan Island is actually closer to the northern tip of the main island of Leyte. It was reputed to be the place where Philippine president Ferdinand Marcos’ and his party sought refuge from the Japanese during World War 2. He was taken in by a couple whose descendants are now owners of a resort that is easily visible from a sandbar where we first docked after the 45-minute boat trip from Naval. Extending 200 meters out into the sea like a giant snake, this white sandbar is said to shift directions every two months or so, bowing to the whims and waves of the open Visayan Sea. 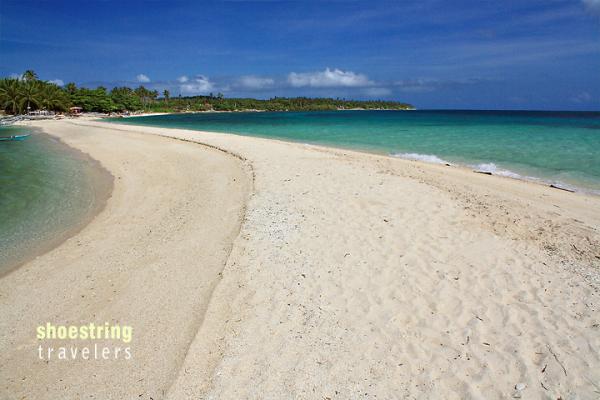 The shifting sandbar at Higatangan Island

A short boat ride from the sand bar to the southern part of Higatangan revealed still more white sand beaches between rugged rock cliffs lined by coconut trees gently swaying in the wind. We enjoyed the view and continued on towards the island’s western side – an area that was not frequented by tourists before but now seems to be growing in popularity as evidenced by the presence of small huts catering to visitors. This side is perhaps the most beautiful part of Higatangan with its immaculate beaches, turquoise waters, coral gardens, lush coconut trees and interesting rock formations. 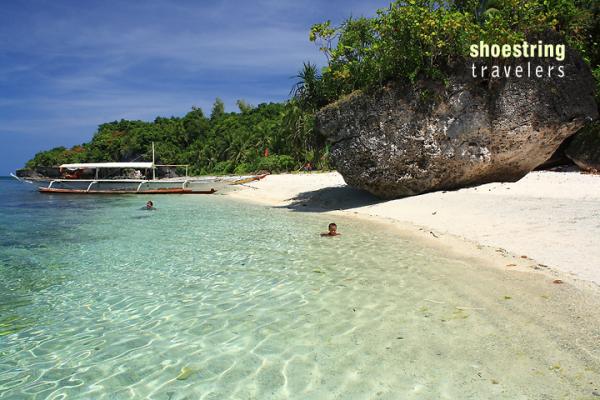 It was almost impossible to resist the lure of snorkeling on this side of Higatangan. The crystal-clear waters and maze of corals indicated the abundance of marine life but we were warned that reef sharks were lurking in the vicinity. I knew they had to be small to be in such shallow waters and was actually excited at the chance to see them up close. Our guide did say they probably were no bigger than three feet but that a shark is still a shark, no matter what size. Bowing to local wisdom we contented ourselves with shooting pictures and wandering around the white stretches of sand. 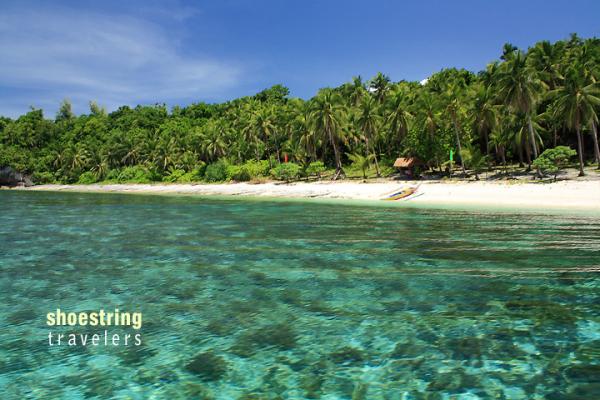 Higatangan’s coral gardens would have been excellent for snorkeling...if not for the shark warning

A little later some picnicking locals offered us what I thought to be the most deliciously fresh coconut juice I have ever tasted in my life – right out of a tree. I discovered that they were harvesting the coconuts and using them to make buko salad on the spot (they had brought the other salad ingredients with them). A little while later we were rounding Higatangan’s northern face and heading off towards our next destination. Along the way we were greeted by a number of big tambakol fish or skipjack tuna performing aerial acrobatics (hence its name) – a sure sign of the abundance of marine life in these parts. 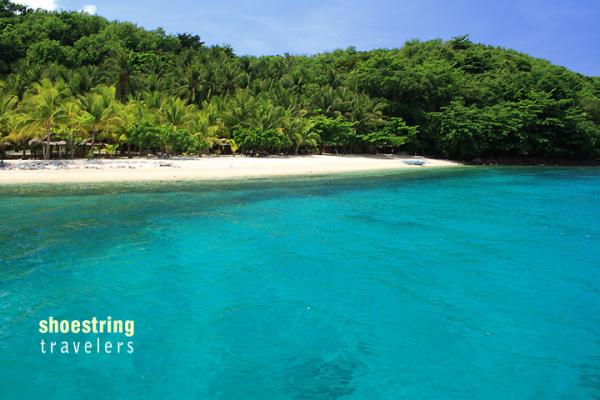 We were a bit disappointed we did not get to snorkel at Higatangan’s western beaches but our guide Zaldy was unperturbed. There obviously was more in store and he was correct; the leaping skipjack tunas and the second island in our itinerary did not disappoint. Dalutan Island, located just 15 minutes by boat from a resort in Agta Beach, Almeria in the main island of Biliran, is much smaller than Higatangan but it boasts a nice strip of white sand along an otherwise rocky shoreline. Coconut palms and trees serving as nesting places for exotic birds protected us from the afternoon sun. There is no resort on the island but there are native kiosks that picnickers could rent for the day and a cottage for overnight stay. 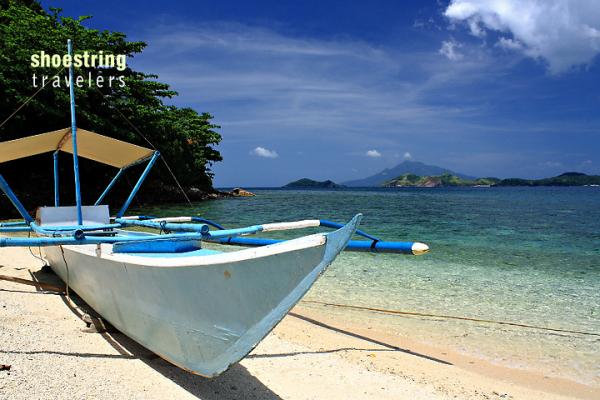 Dalutan’s major attraction, however, is its marine life. We saw various species of fish in the shallow waters around the white sand beach and the rocky shoreline on the beach’s right side. Just a few meters from shore there is a sudden drop-off as indicated by the deep turquoise color of the waters. Trying to be extra careful with potential undercurrents, we refrained from exploring this part but our guide said that during low tide we could safely explore it including its many corals, sea anemones and clown fishes. There were actually a number of clown fishes at the edge of the drop-off that our guide observed. We thought Dalutan Island was the place where we would spend the rest of the day before sailing back to Naval pier.

Higatangan. There is a boat that leaves Naval pier for Higatangan at 12PM daily. This is the cheapest option since it only costs P50 per passenger. There is only one returning boat from Higatangan to Naval and it leaves the former at 6AM daily. Since this meant we would have to stay overnight in Higatangan, we decided to charter a boat for the day that would take us to Higatangan and other places such as Dalutan and Capinahan Islands (eventually we decided to forego the latter). This is more expensive, of course, but it gives you greater flexibility. It is imperative that you get larger boats that can negotiate the open sea on the way to Higatangan from Naval. 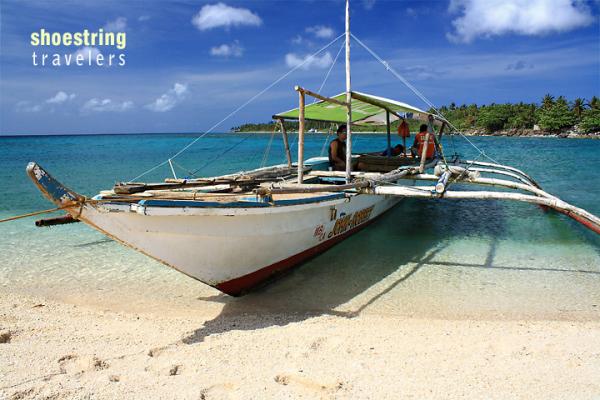 Our outrigger moored at the sandbar of Higatangan

Dalutan. One can actually get to Dalutan Island via an outrigger from Agta Beach in Almeria, the next town north of Naval. Almeria can be reached viahabal-habal (public motorbike) or any of the buses plying north from Naval. At Agta Beach it is just a 15 to 20 minute outrigger ride to Dalutan (for P500 as of this writing). Since we already chartered a boat to Higatangan, we simply asked our boatmen to include Dalutan in our itinerary for an extra fee.