I am a Filipino! The Story Behind Bonifacio Monument

For his unbeatable sacrifices and contributions to the Philippine history, and for his fearless role in inciting the Revolutionary War against the Spanish colonizers – Gat. Andres Bonifacio – is indeed a Filipino hero. 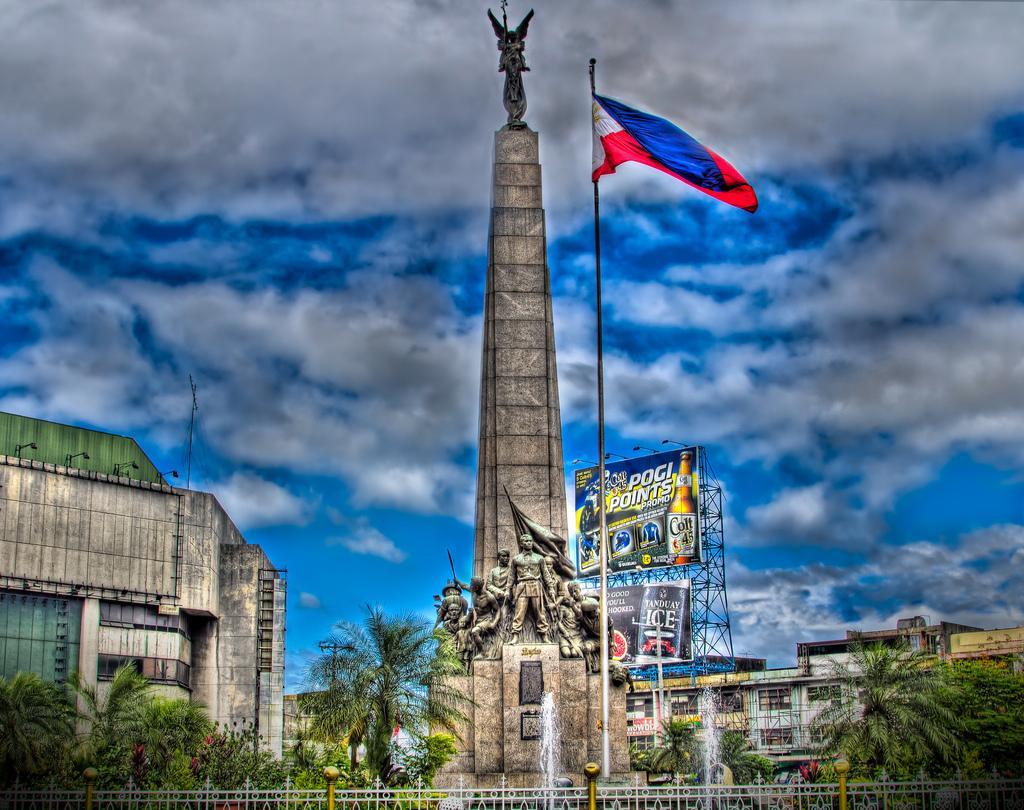 For his unbeatable sacrifices and contributions to the Philippine history, and for his fearless role in inciting the Revolutionary War against the Spanish colonizers – Gat. Andres Bonifacio – is indeed a Filipino hero.

The monument has become Caloocan City's most famous landmark. To get you started, here is a brief synopsis of how the historical landmark created.

Andres Bonifacio Monument is a mural commemorate to the lifework of Gat. Andres Bonifacio. It was created by Guillermo E. Tolentino, one of the National Artists of the Philippines. The construction of national monument for Andres Bonifacio was led by former Katipuneros, particularly Bonifacio’s friend and comrade, Guillermo Masangkay. On February 23, 1918, Act No. 2760 was passed by the Philippine Legislature approving the erection of a national monument in memory of Andres Bonifacio. Eight years later, on 29 August 1930, a jury created to select the best design for a monument to honor the Great Plebeian convened. It was headed by Architect Andres Luna de San Pedro and was composed of sculptor Vicente Francisco and Architect Tomas Mapua. Painter and Director of the UP College of Fine Arts Fabian dela Rosa was supposed to preside in the deliberation but later declined to ensure fairness when he learned that one of his colleagues from his college was one of the competitors.

The chosen design was National Artist Guillermo Tolentino's design which consists of a 45-foot pylon topped by the winged figure of victory. At its base is a platform-like structure with figures symbolized the Philippine Revolution. The pylon is composed of five parts which correspond to the five aspects of the Katipunan-Kataastaasan, Kagalanggalang na Katipunan ng mga Anak ng Bayan (KKK). The monument stands on a base in the shape of an octagon whose eight sides symbolize the first eight provinces placed under martial law for revolting against Spain and the eight rays in the Philippine flag. There are three steps leading to the monument, representing the three centuries of Spanish rule.

Before the 1930s, there was no monument impressive enough to honor the Great Plebeian, as Bonifacio was called. Though Bonifacio had been long recognized as one of the greatest heroes of the Philippines, it was only in 1921 when he was given formal recognition. On February 9 of that year, the Philippine legislature enacted Act No. 2946 proclaiming November 30 of each year as Araw ni Bonifacio (Bonifacio Day) and observing it as a national holiday.

Where does the monument stand?

Caloocan city's most celebrated landmark is the monument of Katipunan Supremo Andres Bonifacio, which is located at the northern terminal point of the Epifanio de los Santos Avenue (EDSA) where it meets Rizal Avenue forming an area that is popularly called “Monumento area”.

The monument stands at the end of the Avenida and the beginning of the Manila North Road where it welcomes every visitor coming from the north. The road heading west of the monument is Samson Road, named after the Katipunero who was the cabeza of Barrio Pugad Lawin Balintawak, where the “Cry” took place.

The city, like the rest of Metro Manila, is served internationally by NAIA.

Take the LRT Yellow Line and alight at either 5th Avenue, or Monumento Stations. You can also take EDSA-plying buses, which sometimes passes by Monumento area. Caloocan City is now connected to the EDSA MRT-3 line through an expansion project that will eventually connect MRT-3 with LRT Yellow Line 1.

Provincial buses from the northern Luzon area are known to have their main terminals in the Monumento area. The city is also the easiest connection to cities such as Subic, Olongapo, and Baguio. Small but convenient and very affordable tricycles ply around the city. Just say where you are going and they will bring you as fast as possible. Jeepneys also ply around with their own respective fixed routes.