Take a look at the native and indigenous forms of arts and crafts in the Philippines. 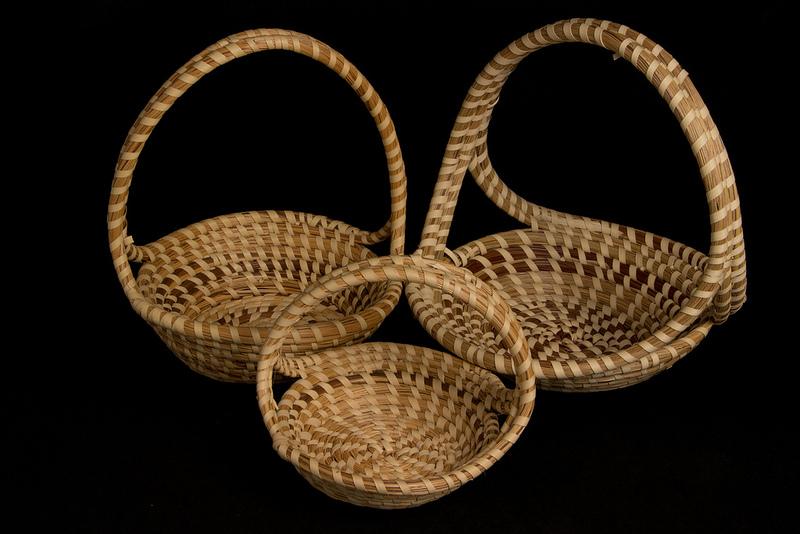 One of the most precious living traditions that are still kept until today is weaving. Originating in the precolonial times, the art of weaving of the Cordillera tribal groups in the North is still existing despite the threat of the more practical mass production of cloth. The natives use backstrap loom to produce blankets and articles of clothing. 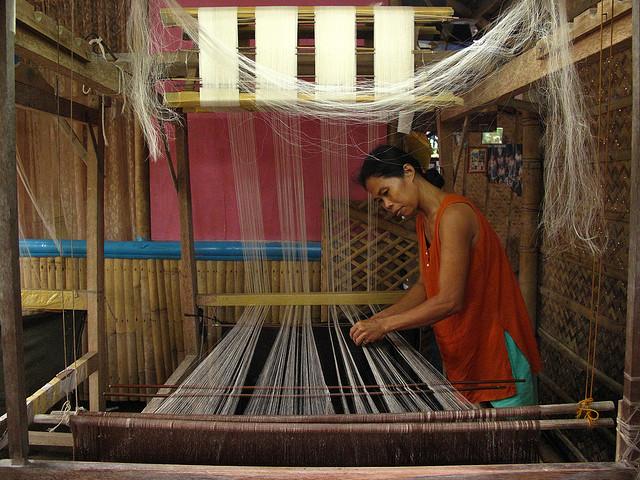 Piña cloth is also produced in looms throughout the province of Antique. It is a delicate and exquisite handwoven cloth that is made from the fibers which you can get in the leaves of pineapple plants. It is popularly used in Barong Tagalog, our traditional clothes. Having its organic and airy textile, it is becoming more popular now around the world.

Abaca fiber come from the abaca plant that is endemic and grown in the country. It is woven chiefly to make sinamay fabric. Abaca is popular in making a rope, specialty papers like vacuum bags, currency, and tea bags. There are also handcrafts like bags, furniture, carpets and clothing made of abaca.

Baskets are mainly used by the Cordilleras for their occupation. They use them as a storage for their food when they need to go to mountain terraces to cultivate their lands. 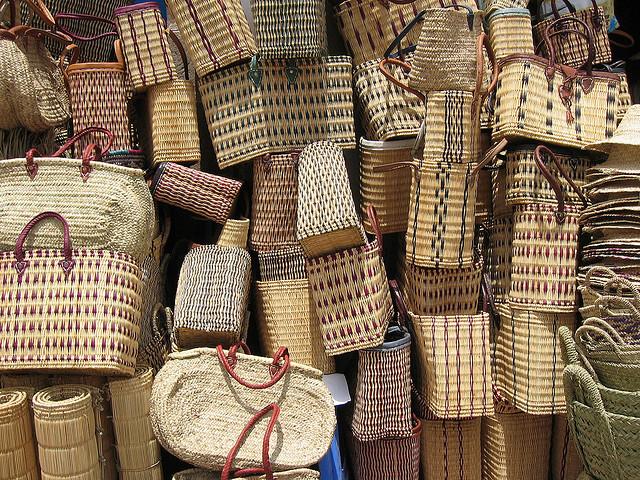 A basket is needed for carrying grains, hunting animals, and fishing in the streams. Baskets made of bamboo become their fish traps; the shape and size of baskets are according to the kind of fish they want to catch.

Since the early 16th century, jewelry making in the country has been in existence. It is believed that the skill of our early Flipino in making jewelry are adopted from their Asian neighbors like the Chinese.

Jewelry-making is a source of livelihood for the family and it is traditionally a home-based industry. The government give their support and attention in this industry. By this support, the country became the top producer of gold.

These are the two major product categories that the fine jewelry industry in the Philippines are engaged for production:

The first one is the precious metal jewelry, which are made of gold and silver. It can be in the form of rings, earrings, bracelets, brooches, pendants, necklaces, tie pins, and cuff links (with or without gemstones). Decorative items like spoons and forks, and office items such as pen and pen holders are also included in this category.

Another production in the jewelry industry are the pearls, precious stones, and semi-precious stones. These are unworked or worked pearls. Colored gemstones like emerald, rubies, and sapphires are also in this group.

Pots in the Philippines have different sizes, shapes, and designs. Their designs are usually geometric with stylized nature motifs. Pottery became more functional as the time pass by.

An example of this is palayok, which is used for cooking. Banga and tapayan are used for storing liquids. There is also the clay-made stove or "kalan". The making of burnay pottery in Ilocos Sur is still a lively tradition that continues up to the present.

Philippine sculpture is the most familiar art form among Filipinos.  The most popular woodcarving in the Philippines are carvings of the anitos (nature gods), santos (saints), and statues of Christ and the Blessed Mother. 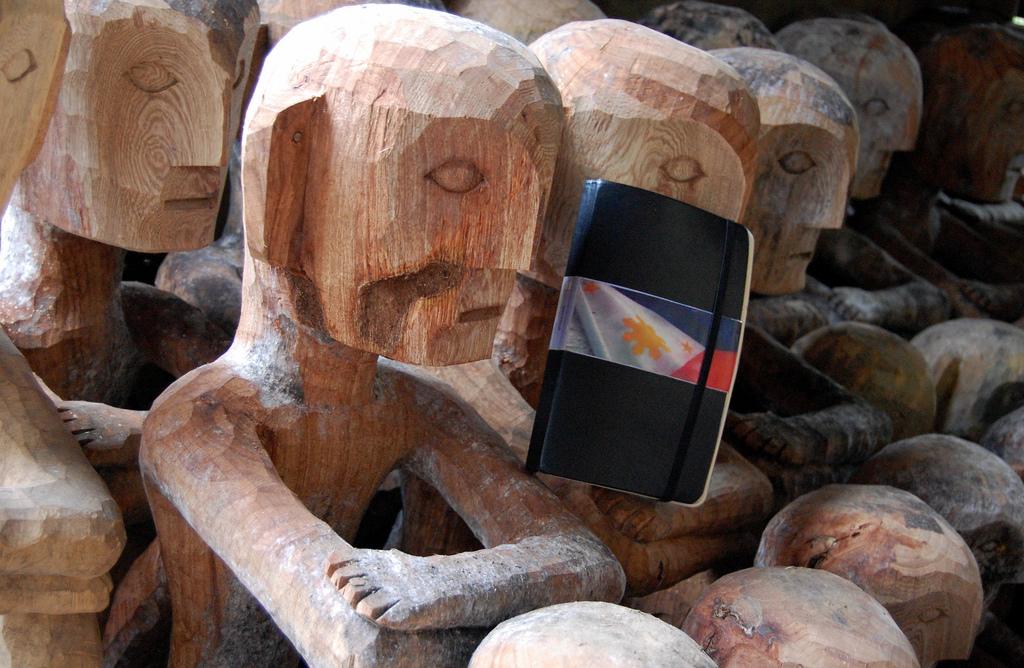 Philippine sculpture have undergone changes in terms of shape, size, and the medium used.

Filipino tattoos have a rich history, dating back to before the Philippine Islands were colonized by Spaniards. When Spanish ships first arrived there, they were greeted by the heavily-tattooed Visayas tribe and they called the islands "La Isla De Los Pintados" which meant "The Island of the Painted Ones". 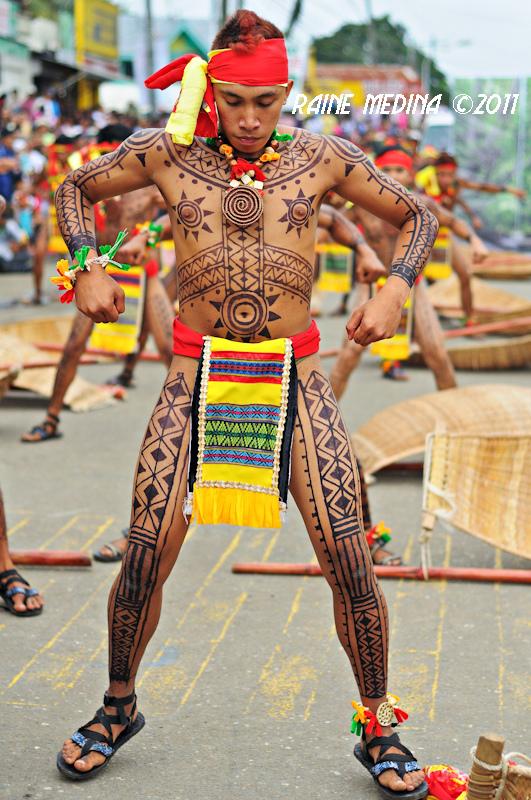 In the Philippines, tattoos were seen as a source of accomplishment and rank. Men bore ink on their chests and heads as signs of their strength as warriors. Women wore detailed lines on their arms and wrists (Visays and Mindanao tribes) or full chest and arm tattoos (Luzon mountain tribes) and they were seen as marks of beauty. Most tattoos were earned through the passage of rites ceremonies, or for accomplishing tasks. The styles varied depending on the region and tribe that the people came from.