Jones Bridge is a bridge that spans the Pasig River, connecting the districts of Binondo on Rosario Street (Calle Rosario, now Quintin Paredes St.) with the center of Manila. 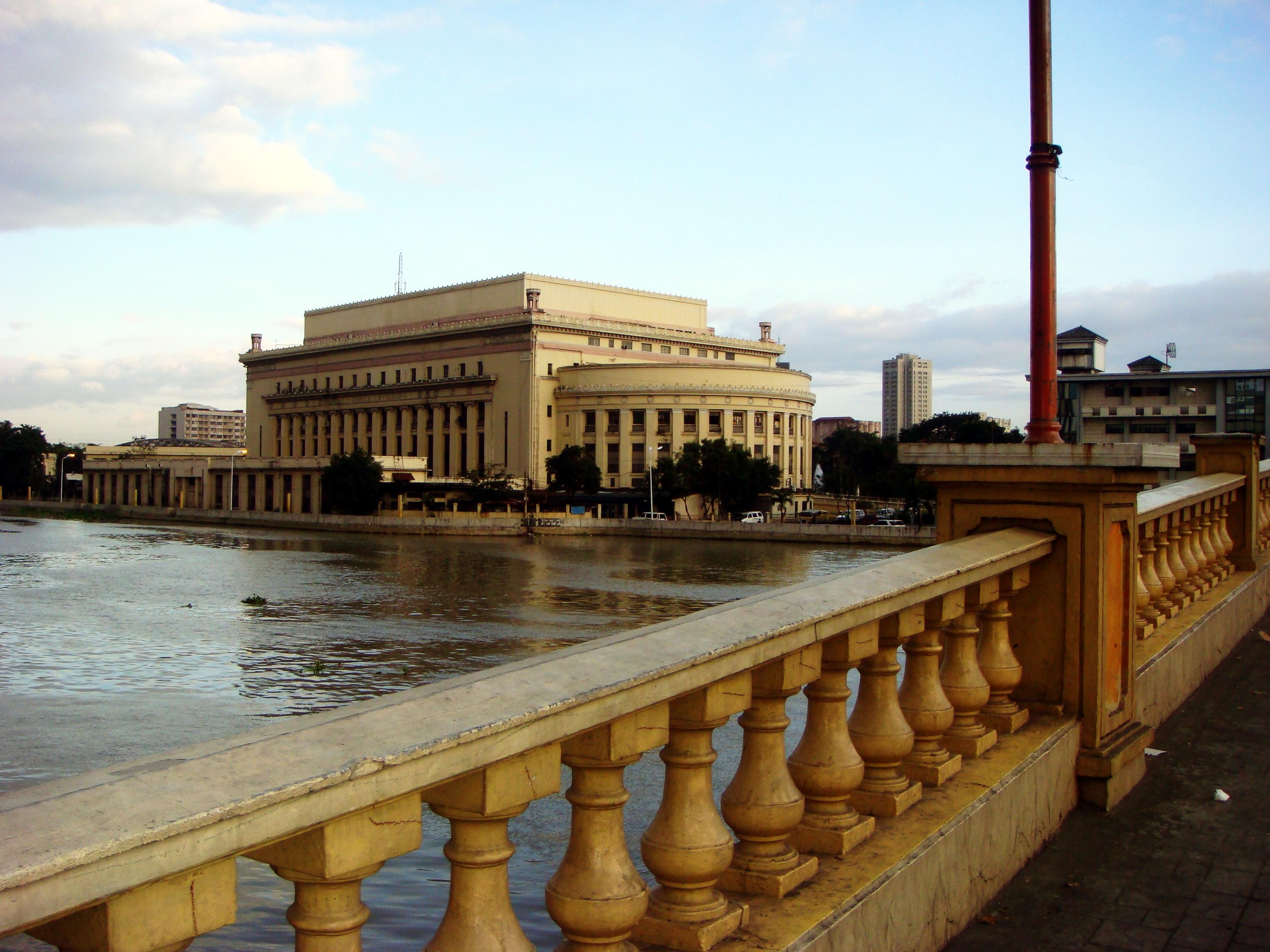 View of the Manila Post Office from Jones Bridge

Jones Bridge is a bridge that spans the Pasig River, connecting the districts of Binondo on Rosario Street (Calle Rosario, now Quintin Paredes St.) with the center of Manila. The previous bridge that connected the two districts was the Puente Grande (Great Bridge), later called the Puente de España (Bridge of Spain) located one block upriver on Nueva Street (Calle Nueva, now E. T. Yuchengco St.), the span considered to be the oldest established in the Philippines.

Enchanting lights illuminate Jones Bridge to highlight the Pasig River, which divides Manila into North and South, or mainly into commercial/industrial centers, and government and cultural centers, respectively. More redevelopment projects are on-going along this historic river, which runs through several Metro Manila cities, exiting to Manila Bay.

After the floods of the September 1914 damaged Puente de España, construction of a replacement bridge was started in 1916 by the American Colonial government, one block downriver from the original location. It was named as Jones Bridge after former Virginia Rep. William Atkinson Jones, who was the principal author of the Philippine Autonomy Act of 1916. The Neoclassical design by Juan M. Arellano was an ornate concrete arch bridge. The entrances to the bridge were bordered by pillars topped with statues. The bridge was destroyed by the bombs of World War II.

After the war, the bridge was reconstructed by the U.S. Bureau of Public Roads and then the Philippine Bureau of Public Works under the Philippine Rehabilitation Act of 1945. Carrying the name of the bridge, the new span was a simple bridge with metal pole railings, bare in design. The design features from the old bridge that survived the war were moved to other locations in Manila. One of the statues that was previously set on top of one of the pillars at the entrance to the bridge was moved to Rizal Park.