On the surface, Lakes Sampaloc, Bunot, Pandin, Yambo, Palakpakin, Mohikap and Calibato look just like any ordinary lake. But as a geologist friend told us, these lakes are maars or volcanic craters formed when hot magma from underneath the earth’s surface pushes up and comes into contact with water causing eruptions on the surface. 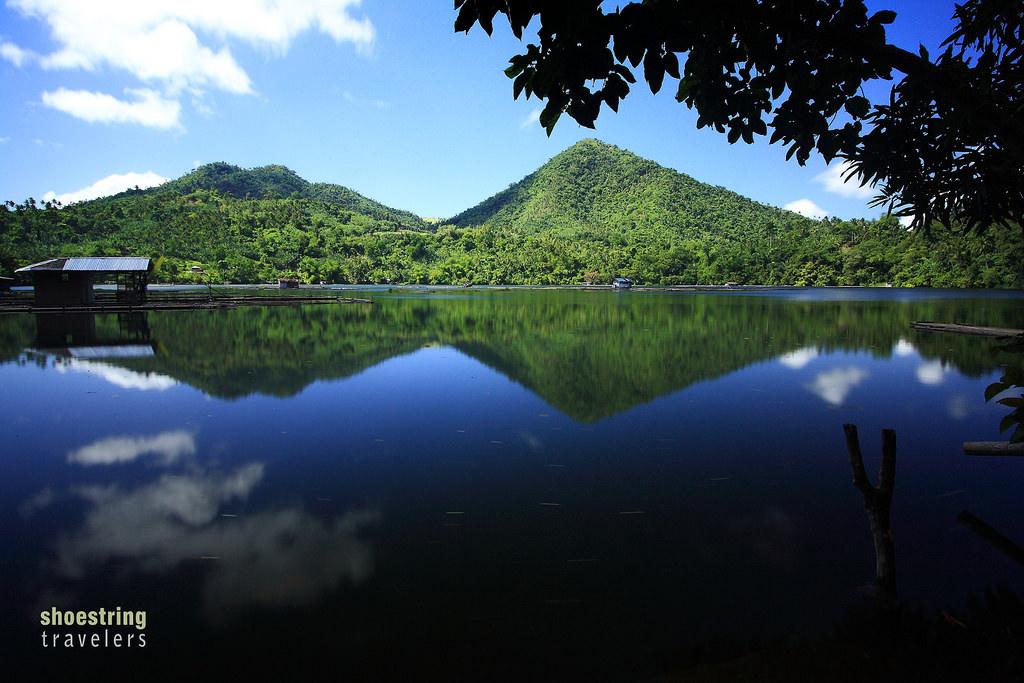 
A cluster of seven freshwater lakes located to the east-northeast of the city of San Pablo, Laguna has given this municipality the moniker “City of Seven Lakes.” On the surface, Lakes Sampaloc, Bunot, Pandin, Yambo, Palakpakin, Mohikap and Calibato look just like any ordinary lake. But as a geologist friend told us, these lakes are maars or volcanic craters formed when hot magma from underneath the earth’s surface pushes up and comes into contact with water causing eruptions on the surface. These eruptions formed huge craters that later filled with water, forming the seven lakes of today. The looming shapes of dormant volcanos Mts. San Cristobal and Banahaw in the area are reminders of the lakes’ origins.

Recently, our frequent visits to the town of Tiaong in Quezon province, allowed us to visit a few of the seven lakes. While one can do a circuit of all seven in one day we decided to take our sweet time, knowing that we’ll be back, and visit them two at a time. The first on our list: Lake Palakpakin. 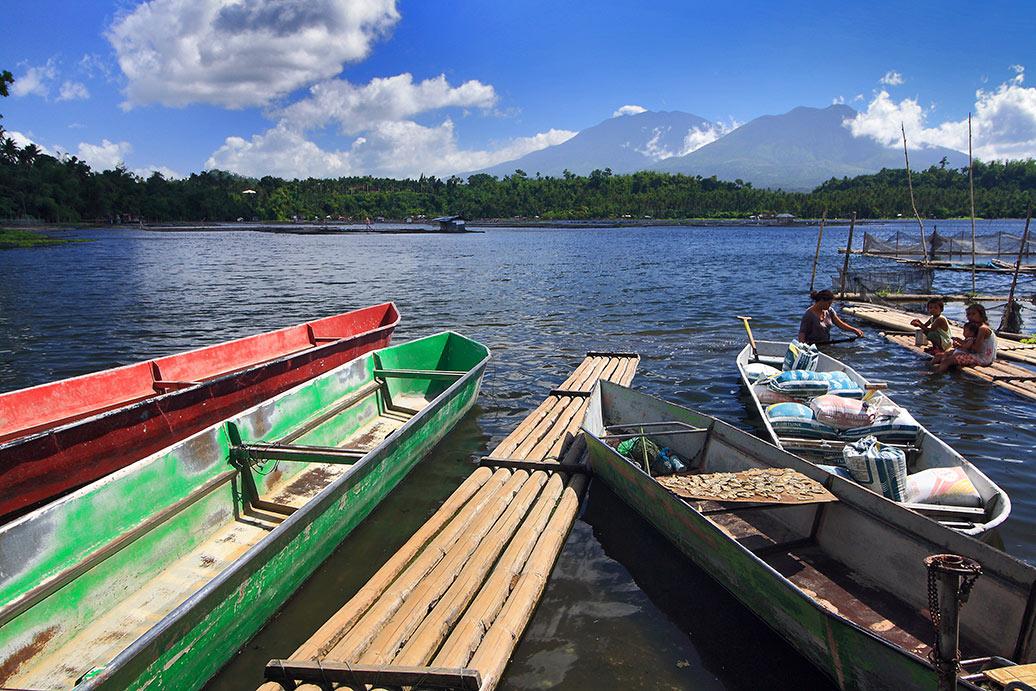 Lake Palakpakin; Mts. Banahaw and San Cristobal is easily visible in the background

On our way from San Pablo City proper on the main road going to Nagcarlan (Werner Schetelig Ave.) we turned left onto Barangay San Lorenzo Road. This is a narrow road but traffic here is mostly light and consists mainly of trikes. (If you’re commuting to this place you can alight at the main road and get on a trike at the intersection of Bgy. San Lorenzo Road.) After a few minutes of driving, the lake came into view on the left side of the street. It’s a scenic view with Mts. Banahaw and San Cristobal in the background. 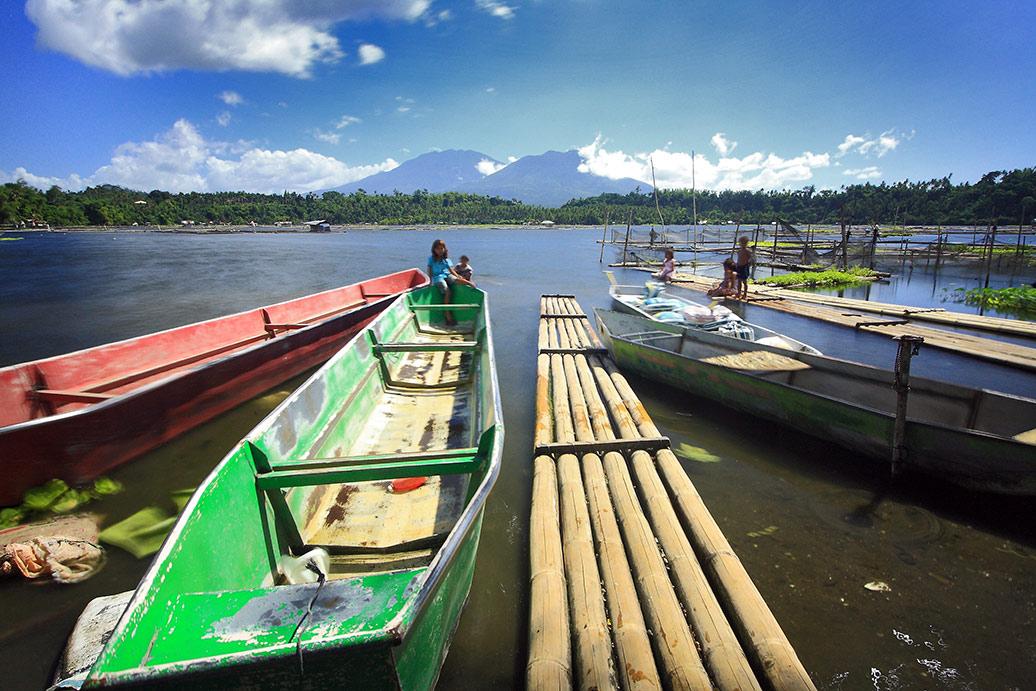 Fishing boats at the banks of Lake Palakpakin; the lake is home to some fishpens breeding mostly tilapia fish

The lake is best viewed from a bridge between Barangay San Lorenzo and San Buenaventura, slightly more than 3 kilometers from the main highway and still on the San Lorenzo Road. When we stopped to take pictures here, however, we realized the view was tainted by electric cables hanging from posts lining the road. We decided to get down from the bridge and into the lake’s banks. There’s a cluster of houses here with boats lined along the shore. Soon we were getting into conversations with the fishing families living here who graciously let us into their backyards for a better view of the lake. 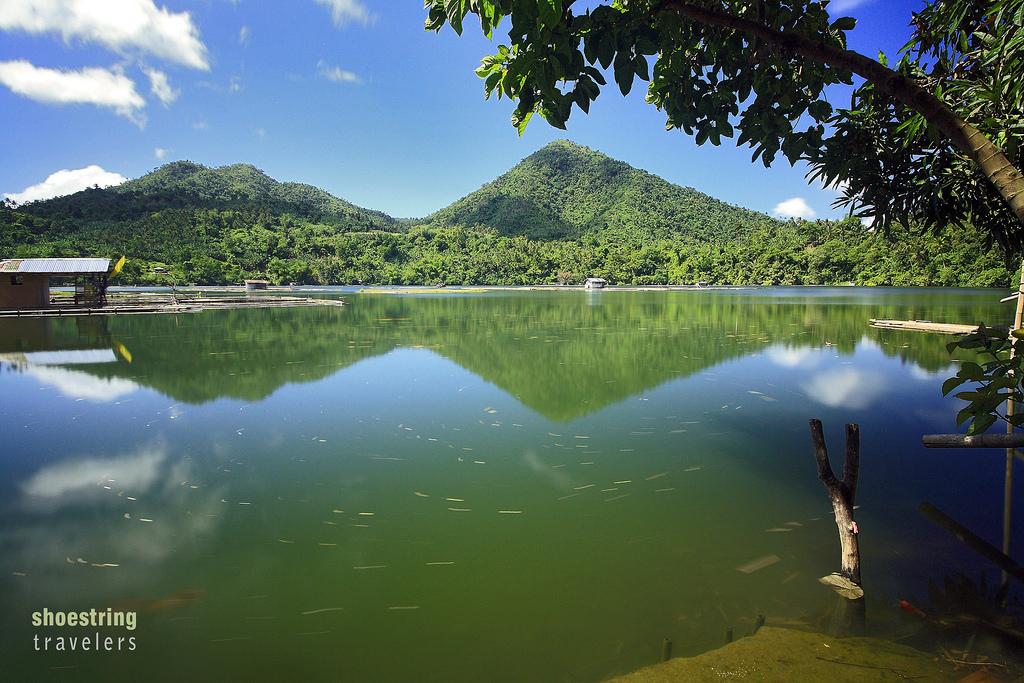 Not too far away from Lake Palakpakin is Lake Mohikap (sometimes spelled Mojicap), our next destination. To get there we simply continued on the San Lorenzo Road until we hit the end of that street. We then turned right onto Dolores Road and continued north. Even with a Waize apps we had to ask around for directions to this lake since we couldn’t see it from the road. Fortunately we happened to park right at the very place where the descent and entrance to Lake Mohikap is located. We only needed to pass a few houses then descend a concrete stairway down into the lake.

The descent is quite steep but once we made it down to the lake level we knew our efforts were worth it. Lake Mohikap is a picture of serenity, its moss green waters completely surrounded by lush verdant vegetation. Two small hills stood just behind the opposite bank of the lake forming a nice backdrop. It was tempting to stay here longer but the landing was just too small for us to move around. Fortunately, we were the only guests at the time. We’ve read somewhere that raft rides across the lake were being offered here but if they did we did not have the time with the lunch hour approaching rapidly. 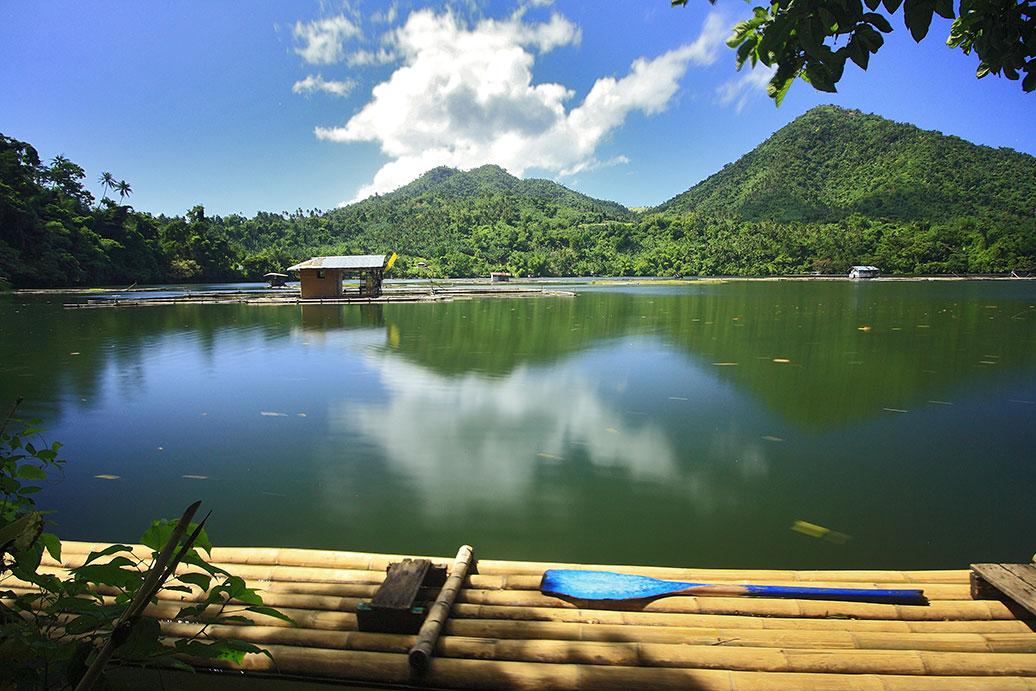 A raft at Lake Mohikap

The very steep steps made the ascent back up a bit wearisome and we had to stop every now and then to catch our breath. Fortunately the house by the side of the road was offering refreshments and had a small native hut where customers could relax. After having a friendly chat with the store owners and their family members, we had to bid good-bye to catch lunch in San Pablo City proper.

While the two lakes didn’t really offer anything spectacular and while there’s not a lot of activities you can do here besides picture-taking, this trip did allow us to interact with and get the feel of life among simple folks who make a living from the lakes. It’s an experience that makes us appreciate the simplicity of life in these parts, something that we continue to strive for.