Metropolitan Cathedral of the Immaculate Conception

The Metropolitan Cathedral of the Immaculate Conception is a church located in Zamboanga City, Philippines. It is the seat of the Archdiocese of Zamboanga. A new landmark of Zamboanga City completed in December 1999, it is perhaps the country's most modern cathedral and the only one with an elevator. 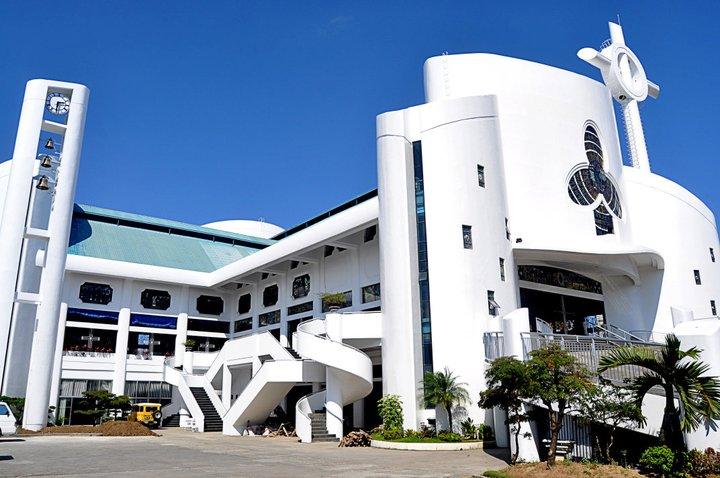 Modern Metropolitan Cathedral of the Immaculate Conception with Bell-Tower

The Metropolitan Cathedral of the Immaculate Conception is a church located in Zamboanga City, Philippines. It is the seat of the Archdiocese of Zamboanga.  A new landmark of Zamboanga City completed in December 1999, it is perhaps the country's most modern cathedral and the only one with an elevator. 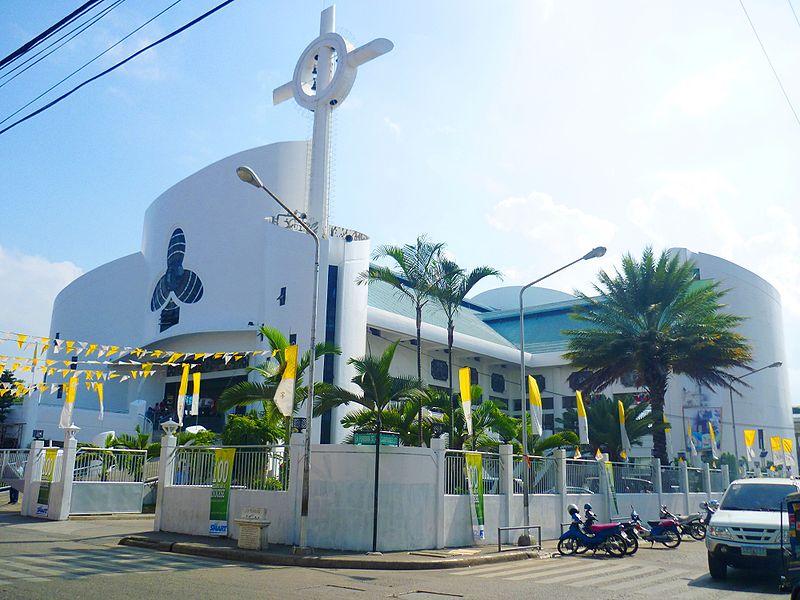 Metropolitan Cathedral of the Immaculate Conception 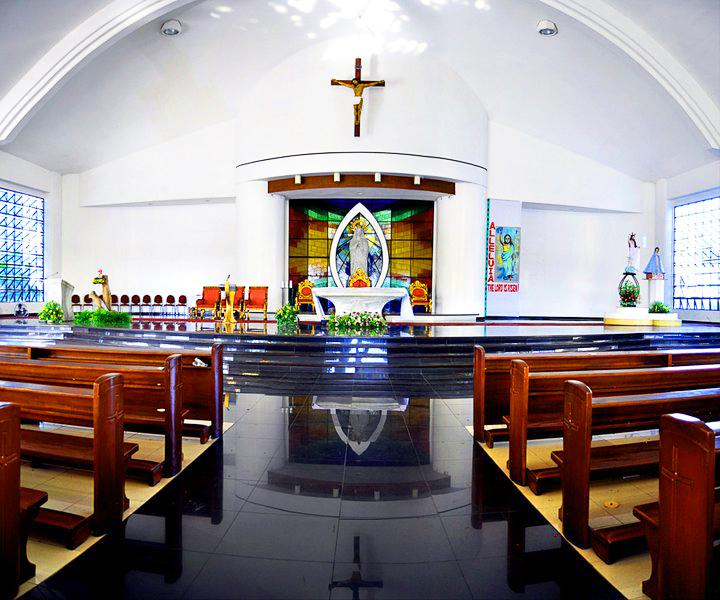 Features of the cathedral

The former structure of the cathedral was designed in 1956. The site was used to be the chapel of the Jardin de Chino. The facade consists of the life-size sculpture of Immaculate Conception at the left side and the bell-tower at right. The chapel of the saints were located inside the area where the image outside was located. The stations of the cross were made of stained glass at each side and the added station, "Resurrection", was located near the right altar at the confession area. Then the bronze relief of the last supper was located at the day chapel which serves later as the perpetual adoration chapel.

The present structure of the cathedral was built in 1998-2002 in cruciform, of which the candle-like design is appropriate to the cathedral's patron. Inside the main church is marble statue of the Immaculate Conception designed by Philippine National Artist for Sculpture Napoleon Abueva. Along the aisles are the stained-glass symbolic images of all dioceses in Mindanao from 1910 to 1984. The day chapel at the ground floor is used for weekday masses. Fronting the day chapel is the baptistery with the relic of Our Lady of the Pillar, the patroness of the city. Behind the day chapel is the columbarium with a replica of Michelangelo's "Pietà" and the stained-glass images of the 12 apostles around it. The left wing houses the parish office and the adoration chapel, while the convention hall is located in the right wing. The original statue of the Immaculate Conception, which was placed in the main altar of the old church, can be seen at the parish office.

The new structure of the Cathedral was designed by Abarro and Associates through the efforts of former Msgr. Crisanto de la Cruz, who said that the decay of the old cathedral's ceiling damaged by termites was one of the reasons why the reconstruction should take place. The design of the new cathedral was unveiled in December 1997. The old structure had been demolished a day after Easter in 1998, preserving its stained glass window and sculpture from the facade, which respectively are located at the rear portion of the new church and at the left side. The Cathedral was solemnly dedicated on December 6, 1999 with Archbishop Ricardo Cardinal Vidal of Cebu and President Joseph Estrada Ejercito as guests of honor. The day chapel, columbarium, baptistery, the multi-purpose hall and office were constructed in 2002.

A new addition to the Cathedral is the PhP4,000,000 Century Bell Tower, broke ground on the day of the Immaculate Conception, 2010. This belfry, located at the Ateneo side of the Cathedral, marks the existence of Zamboanga's archdiocese for 100 years.

Here is the list of accommodations located around the city of Zamboanga.

Super Ferry boats are available 2 days a week for sailing from Cebu City, Davao, and Manila and vice versa. Ferries are also available to and from Sandakan.

The Port of Zamboanga is an international port of entry. It has a schedule passenger trip to Sandakan, Malaysia, a cruise ship destination and several shipping lines offer regular trips from and to Davao, Cotabato, Dipolog/Dapitan, General Santos, Pagadian, Jolo, Bongao, Isabela City, Cebu City, Dumaguete, Iloilo, Bacolod and Manila.

If you are from Luzon and Visayas, the Nautical Highways (RoRo) can bring you here. Buses from major cities in Mindanao are also available.

Jeepneys and motorcycles are available as a common mode of transportation around the city.