Paco Park – From Past to Present

Paco Park is a 4,114.80 square meter recreational garden area and was once Manila’s municipal cemetery during the Spanish colonial period. It is located along General Luna St. and at the east end of Padre Faura Street in Paco district in the City of Manila. 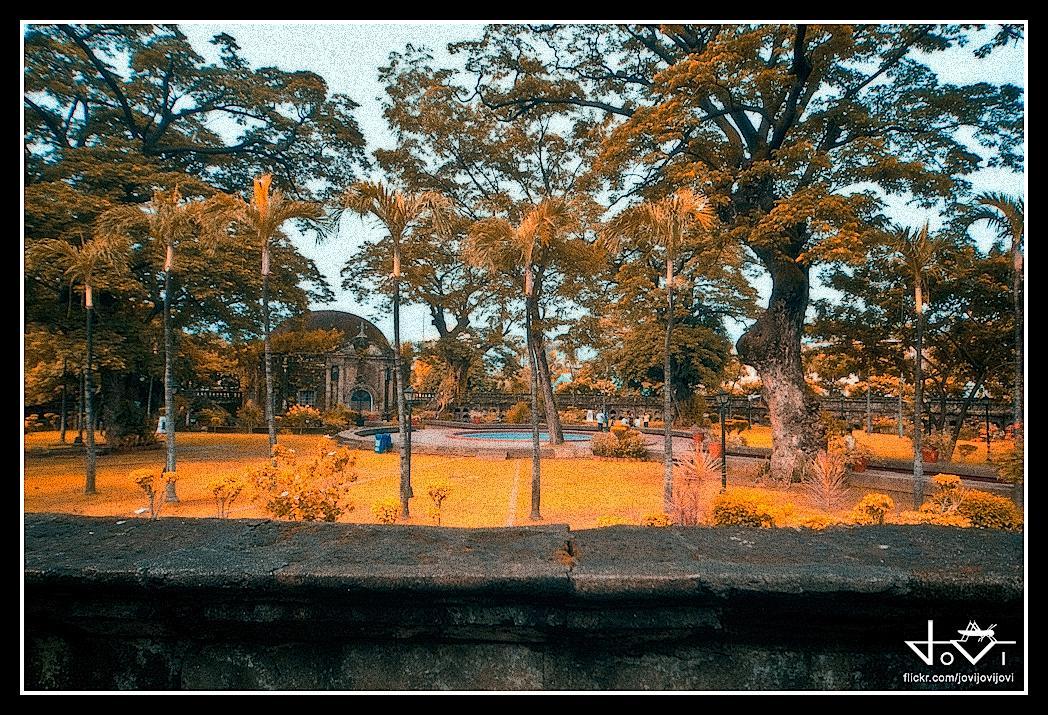 Paco Park is a 4,114.80 square meter recreational garden area and was once Manila’s municipal cemetery during the Spanish colonial period. It is located along General Luna St. and at the east end of Padre Faura Street in Paco district in the City of Manila.

Paco Park was originally planned as a municipal cemetery for the well-off and established aristocratic Spanish families who resided in the old Manila, or the city within the walls of Intramuros during the Spanish colonial era. Most of the wealthy families interred the remains of their loved ones inside the municipal cemetery in what was once the district of Dilao (former name for Paco). The cemetery was built in the late 18th century but was completed several decades later and in 1822, the cemetery was used to inter victims of a cholera epidemic that swept across the city.

The cemetery is circular in shape, with an inner circular fort that was the original cemetery and with the niches that were placed or located within the hollow walls. As the population continued to grow, a second outer wall was built with the thick adobe walls were hollowed as niches and the top of the walls were made into pathways for promenades. A Roman Catholic chapel was built inside the walls of the Paco Park and it was dedicated to St. Pancratius. 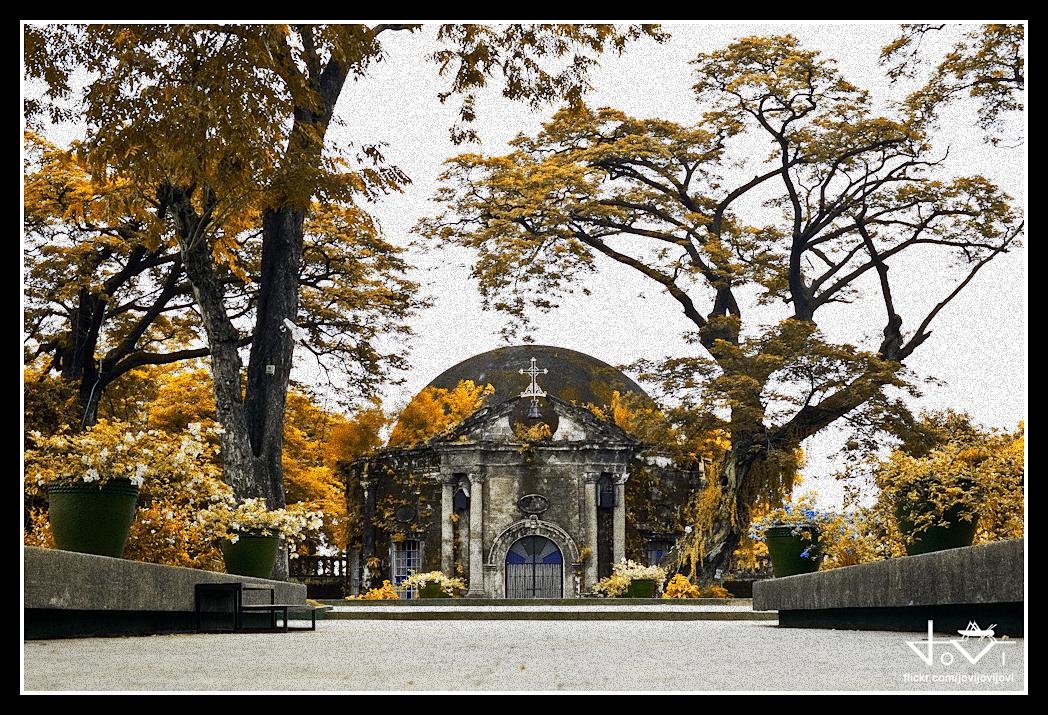 On December 30, 1898, Philippine national hero Dr. José P. Rizal was interred at Paco Park after his execution at Bagumbayan. In 1912, burial or interment at the Paco Park ceased. It had been the burial ground for several generations and descendants of those who were buried in the park had the remains of their ancestors transferred. 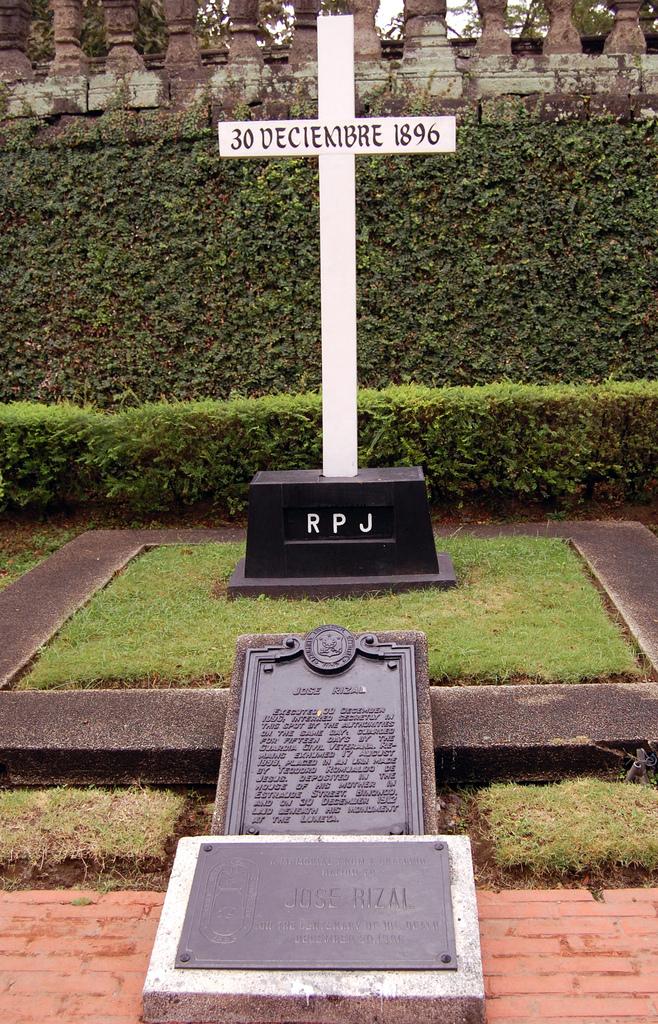 During the Second World War, Japanese forces used Paco Park as a central supply and ammunition depot. The high thick adobe walls around the park were ideal for defensive positions of the Japanese. The Japanese just before the liberation of Manila in 1945 dug several trenches and pill boxes around and within the Park with three 75 millimeter guns to defend their fortification against the charging 148th Infantry Regiment of the 1st Battalion of the United States Army and Philippine Commonwealth Army.

The park was converted into a national park in 1966 during the term of President Diosdado Macapagal. Paco Park’s grandeur was slowly restored after the war and since then has remained as a public park and promenade for many teenage sweethearts who could spend quiet moments along the park’s benches and private alcoves.

Paco Park and its care were placed under the responsibility of the National Park’s Development Committee (NPDC) during the regime of President Ferdinand E. Marcos. During the Marcos period, through the efforts of former First Lady Imelda R. Marcos, culture was given emphasis and priority in the country and Paco Park was one of the few venues chosen to host events related to culture.

On February 29, 1980, Press and Cultural Attache of the Embassy of the Federal Republic of Germany in the Philippines, Dr. Christoph Jessen with then NPDC Vice-Chairperson Teodoro Valencia started a classical concert within Paco Park as part of the celebrations for the “Philippine-German Month,” and the program became a tradition, a weekly fare held every Friday afternoons and called the, “Paco Park Presents.” This event featured and highlighted the exchange of Filipino and German musical artists who performed at Paco Park and it served as a means to strengthen the bond between Germany and the Philippines.

In 1998, the celebration of Philippine-German month was moved from February to March, with the concert starting at 7:00 P.M. But Paco Park Presents continues to celebrate its anniversary every February.

The park is open Monday to Sunday (except on Wednesday) from 8:00AM to 5:00PM and every Friday by sunset, "Paco Park Presents" feature the finest musical artists and chorales, local and guests performers for an evening of classical and traditional Filipino music.

Paco Park has become a very popular venue for weddings and receptions for couples who prefer garden-like settings. The Chapel of St. Pancratius is under the care of the Vincentian fathers who also manage the nearby Adamson University. The event aired on the National Broadcasting Network.

Take the LRT train and drop off to UN Ave. Station and see Medical Center Manila and Emilio Aguinaldo College. Get your way to Gen. Luna St. all the way to Paco Park or if you hate walking, there are Pedicabs over there, at the corner of Medical Center Manila that will lead you to the park. Another way is to walk through Padre Faura St. and at the end, you will come directly to PACO PARK..

Getting around in Manila is easy as the city has a vast network of transport modes. Buses, jeepneys, LRT, and taxis are modes of transportation in Manila that are easy to use. Manila city has an extensive and good network of highways that connect it with other cities and municipalities. Public transport is cheap however during the peak hours in the morning and evening it may get crowded.