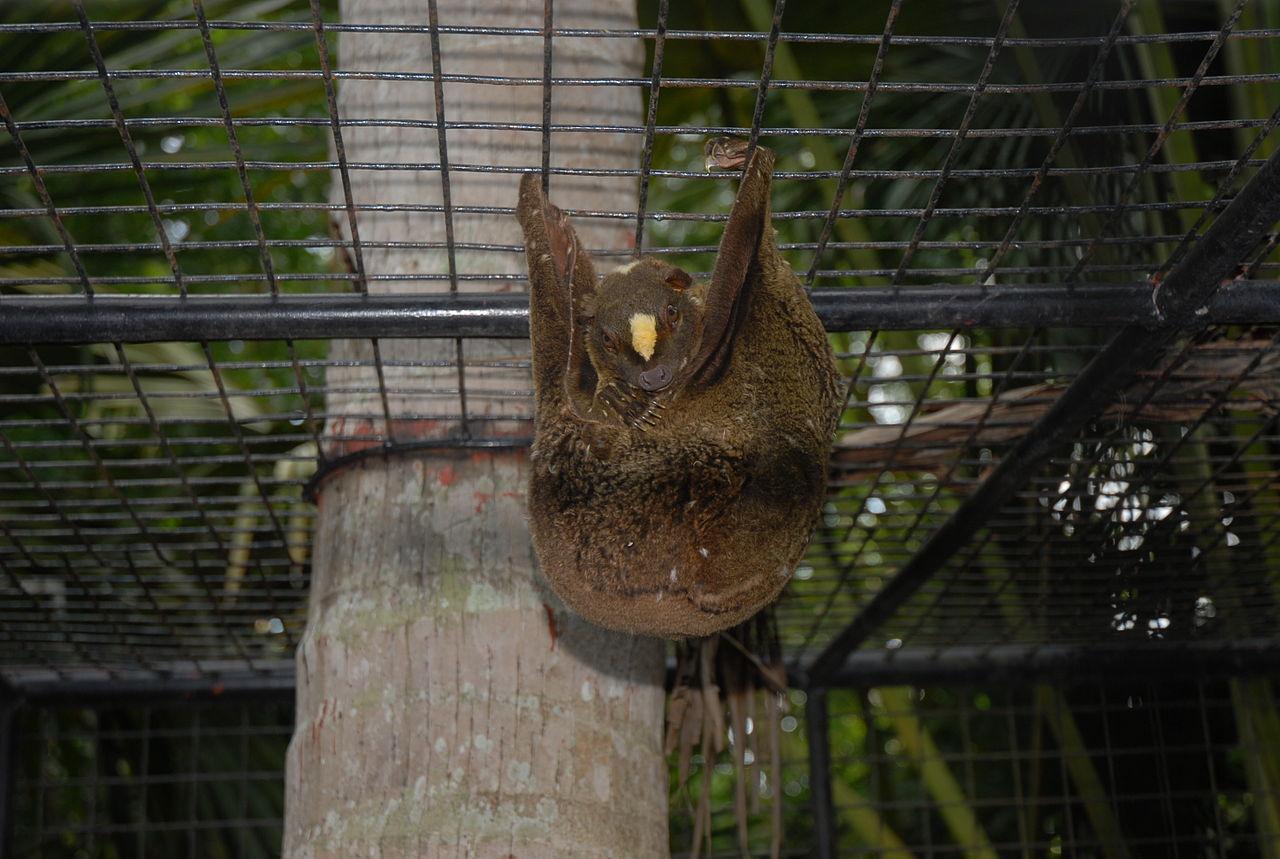 The Philippine flying lemur (Cynocephalus volans) is one of two species of flying lemurs, the only two living species in the order Dermoptera. Additionally, it is the only member of the genus Cynocephalus.

The Philippine flying lemur is endemic to the Philippines. Its population is concentrated in the Mindanao region and Bohol.

Although called a flying lemur, it cannot fly and is not a lemur. The Philippine flying lemur is one of the two living species of the order Dermoptera. The other species is the Sunda flying lemur.

An average Philippine flying lemur weighs about 1 to 1.7 kilograms (2.2 to 3.7 lb) and is 14 to 17 inches (36 to 43 cm) long. It has a wide head, small ears and big eyes. Its clawed feet are large and webbed for fast climbing and for gliding. Its 12-inch (30 cm) tail is connected to the forelimbs via a patagium. This membrane helps it glide distances of 100 meters or more, useful for finding food and escaping predators such as the Philippine Eagle. Its 34 teeth resemble those of a carnivore but the Philippine Flying Lemur eats mainly fruits, flowers and leaves. It is nocturnal and stays in hollow trees or clings to dense foliage during daytime. The female Philippine flying lemur usually gives birth to one young after a two-month gestation period. The young is helpless and attaches itself to its mother's belly, in a pouch fashioned from the mother's skin flaps.

The Philippine flying lemur is arboreal and usually resides in primary and secondary forests. However, some wander into coconut, banana and rubber plantations. They are considered pests, since they eat fruits and flowers and so are hunted down by humans. Their flesh is also cooked as a delicacy, and their fur is used as material for native caps. The IUCN 1996 had declared the species vulnerable owing to the destruction of lowland forests and to hunting, but it was downlisted to least concern in 2008 even though it is still under the same threats as before.