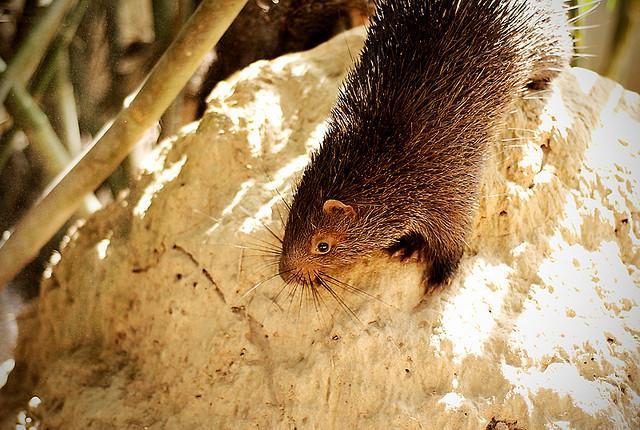 As for its conservation status, their population is apparently stable, but these species are reported to be persecuted by farmers as pests in coconut plantations. A locally common to uncommon species found in primary and secondary forest in the mountains and in the lowlands. This species also prefer caves, but are commonly found under tree buttresses or in rock crevices. It is an endemic species restricted in the Palawan Faunal Region. It has been recorded in the islands of Busuanga, Calauit, Coron, and on the Mainland at the Puerto Princesa Subterranean River National Park, and the forested areas of El Nido.