Pototan is a first class municipality in the province of Iloilo, Philippines which is considered the rice granary of Panay. On December 1997, it was declared as the "Christmas Capital of Western Visayas" because of its famed Christmas Festival of Lights. 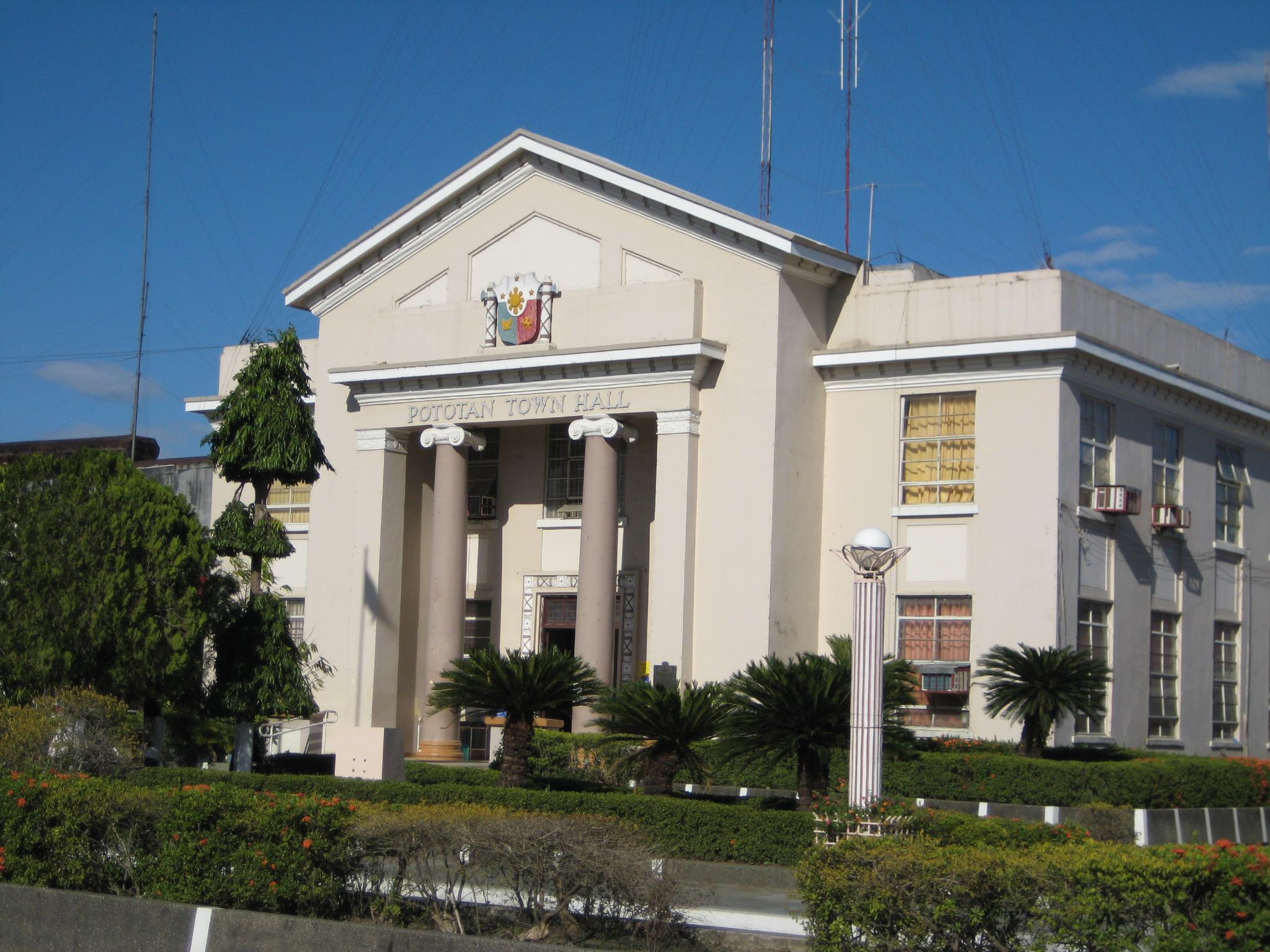 Pototan is a first class municipality in the province of Iloilo, Philippines. Considered the rice granary of Panay, the town is bordered by Dingle to the north, Zarraga to the south, Barotac Nuevo to the east, and Mina to the west. According to the 2000 census, it has a population of 61,206 people in 11,777 households.

The town lies on the banks of the Suage River, 17 miles or 30 km distant the City of Iloilo. It is a large town composed of 50 barangays. The town has an area of 94 km², 85% of which is agricultural land. In December 1997, it was declared as the "Christmas Capital of Western Visayas" because of its famed Christmas Festival of Lights.

The first people of Pototan where the family of Datu Ramon, grandson of Datu Puti, a Malay from the town of Dumangas. They first settled at Barangay Naslo, which was formerly the Poblacion. In that place was found a luxuriant growth of trees called "putat", after which the place was subsequently called "Kaputatan" (Place of many Putat trees). However, due to its hilly terrain and the arduousness of securing their water supply, they decided to move nearer the bank of the Suage River, which turned later into a flourishing place; now called Pototan.

In the middle of the 16th century, the Chinese traders arrived in Pototan. Their arrival gave birth to a new horizon. The natives learned the techniques of trade and commerce, which continued to flourish until the middle part of the 17th century.

The arrival of the Spaniards in 1593 sparked new changes in the socio-economic and political life of the natives. It was the start of a new era, the natives were converted to Catholicism through the efforts of Augustinian Friars. The settlement was subsequently made into a Parish. Education, though at the onset only for the privileged few, was introduced. The name "Kaputatan", which the Spanish have difficulty pronouncing, was changed to "Pototan".

To improve the economic and social condition of the place, the Spaniards introduced and built roads and bridges. They constructed the Tribunal or Municipal Hall under the supervision of Don Tomas Sajen and Don Escribano with the natives contributing the labor force. The Tribunal was able to withstand the wrath of the last global war and in the early 50s was modified into what is now the Western Visayas Hospital.

In 1874, Pototanons were given the opportunity to run their own political affairs with the appointment of Don Juan Marcelo as the first Capitan Municipal. This form of government continued until the arrival of the Americans.

During the incumbency of Capitan Municipal Braulio Peñaranda, a horrifying event happened—something that the Pototanons will never forget—the Cholera outbreak of 1891.

Old folks who were able to survive the epidemic can still recall the torment and anguish of their townmates afflicted by the unexpected plague. Because of the absence of medicine, many lives were lost.

During the Philippine Revolution, Pototanons such as Teresa Magbanua (known as the Joan of arc of the Visayas) and her two brothers, Elias and Pascual Magbanua took up arms and joined the revolution.

The Americans arrived after Spain ceded the Philippines to the United States in 1898. The remaining Spanish population fled to the hills together with many Filipinos including the last Gobernadorcillio, Don Maurillo Mendoza. He was later held prisoner by the Americans but was subsequently named the first Municipal President.

Under the Americans, the natives were granted the freedom of speech and worship. Education was liberalized; more and better roads and bridges were constructed. Improvements were also noticed in the economic, social and cultural life of the people. During the incumbency of Mun. President Maurillo Mendoza, the Pototanons again witnessed another unforgettable event: the burning of the entire half of the publacion in November 1914.

The cause of the fire is unknown.

When the Philippine Constitution was ratified in 1935, another change in the town's local governance was introduced: the title of Municipal President was changed to Municipal Mayor. Santiago Puig was the first Municipal Mayor. He was succeeded by Mariano Peñaflorida in 1940. Peñaflorida served until September 16, 1942.

The coming of the Japanese during World War II spread chaos and fear among Pototanons. Mayor Peñaflorida continued to act as mayor under the Free Revolutionary Government of Tomas Confesor while the Japanese Imperial Forces designated Tomas Ferrariz as Puppet Mayor.

On 1945, during the Battle for the Liberation of Iloilo the combined Filipino and American troops together with the Ilonggo guerillas invaded the town of Pototan, Iloilo.The Libration force included Allied Filipino soldiers of the 6th, 61st and 62nd Infantry Division of the Philippine Commonwealth Army and 6th Infantry Regiment of the Philippine Constabulary, They continued to combat the Japanese Imperial forces until the end of World War II.