This two-storey structure with a red-tiled roof typical of elite residences during the 19th century is maintained as a National Shrine by the national government. 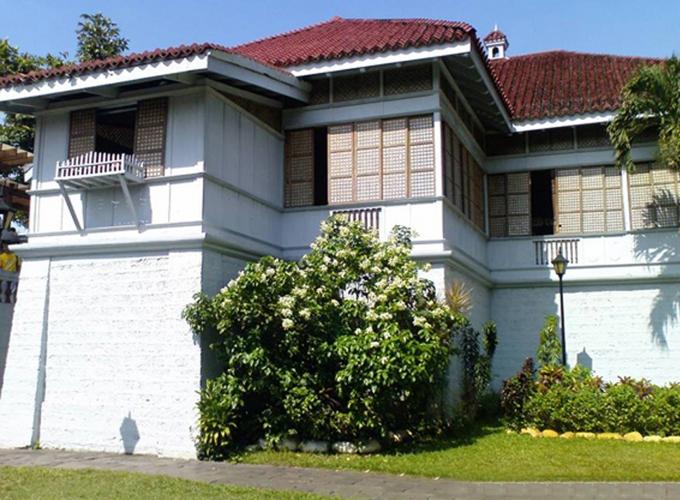 This two-storey structure with a red-tiled roof typical of elite residences during the 19th century is maintained as a National Shrine by the national government. It houses the National Hero’s childhood memorabilia and that of the national hero’s family, ranging from pictures of the late hero, boyhood sculptures of Jose Rizal, to laminated excerpts of some of his best written works. The house is by no means an original one. Except for the old water well, everything is a reconstruction of the original house. The shrine offers guided tours for groups. It has a gift shop on the ground floor. There is no entrance fee, but donations are welcome. The shrine is open from 8:00 am to 12:00 noon and 1:00 pm to 5:00 pm every day except Monday.

Rizal was a polyglot conversant in twenty-two languages. He was a prolific poet, essayist, diarist, correspondent, and novelist whose most famous works were his two novels, Noli me Tangere and El Filibusterismo. These social commentaries on Spanish rule formed the nucleus of literature that inspired peaceful reformists and armed revolutionaries alike.

As a political figure, José Rizal was the founder of La Liga Filipina, a civic organization that subsequently gave birth to the Katipunan led by Andrés Bonifacio and Emilio Aguinaldo. He was a proponent of achieving Philippine self-government peace through institutional reform rather than through violent revolution, although he would support "violent means" as a last resort.

Rizal believed that the only justification for national liberation and self-government is the restoration of the dignity of the people, saying "Why independence, if the slaves of today will be the tyrants of tomorrow?" The general consensus among Rizal scholars is that his execution by the Spanish helped to bring about the Philippine Revolution.

Here is the list of terminals where you can spot buses that have a trip going to Calamba.