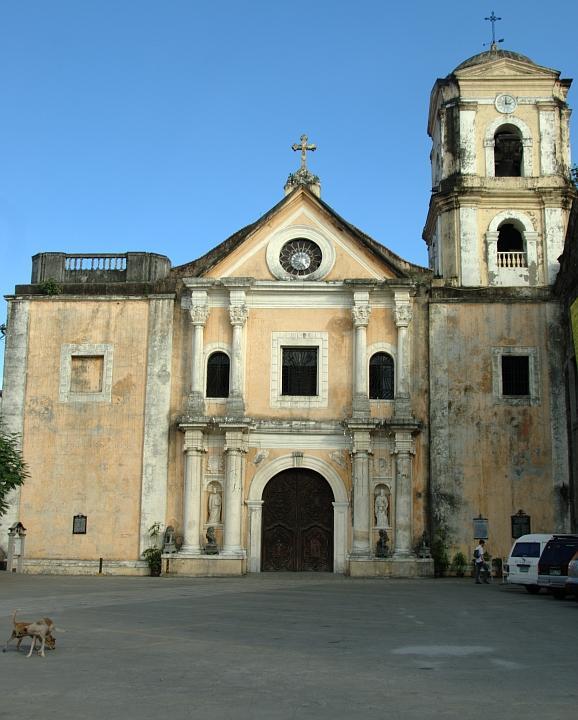 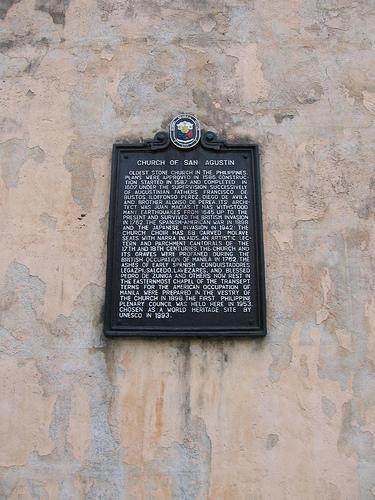 In 1993, San Agustin Church was one of four Philippine churches constructed during the Spanish colonial period to be designated as a World Heritage Site by UNESCO, under the collective title Baroque Churches of the Philippines. It was named a National Historical Landmark by the Philippine government in 1976.

The oldest stone church in Metro Manila was built in 1586 and completed in 1606. An intricately carved door opens to the church. Of great interest are the 19th century chandeliers, the pulpit, the side chapels, the tombstone on the floorings and an 18th century pipe organ. Like an impregnable fortress, San Agustin has withstood the ravages of time both brought by nature and by man; earthquakes and typhoons, Chinese and Dutch attacks, the British Occupation Force and the Philiipine-Spanish War, Dewey's bombardment, the bloody and destructive Japanese Occupation and the equally devastating return of Mac Arthur's troops. 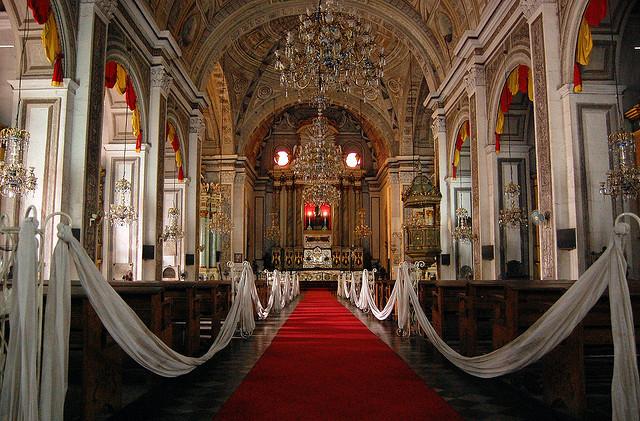 The San Agustín Church measures 67.15 meters long and 24.93 meters wide. Its elliptical foundation has allowed it to withstand the numerous earthquakes that have destroyed many other Manila churches. It is said that the design was derived from churches built by the Augustinians in Mexico. The facade is unassuming and even criticized as "lacking grace and charm", but it has notable baroque touches, especially the ornate carvings on its wooden doors. The church courtyard is graced by several granite sculptures of lions, which had been gifted by Chinese converts to Catholicism.

The church interior is in the form of a Latin cross. The church has 14 side chapels and a trompe-l'œil ceiling painted in 1875 by Italian artists Cesare Alberoni and Giovanni Dibella. Up in the choir loft are hand-carved 17th-century seats of molave, a tropical hardwood. 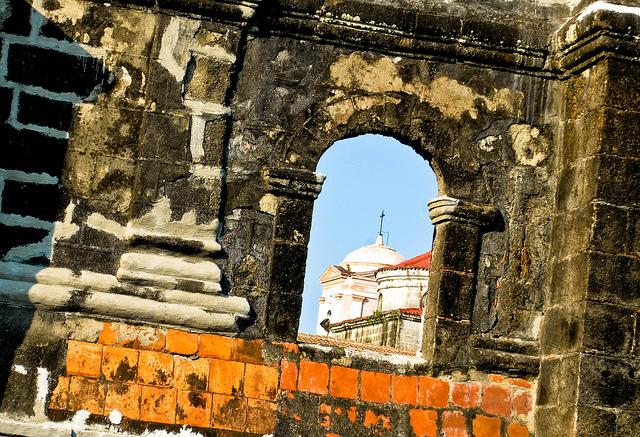 The church contains the tomb of Spanish conquistadors Miguel López de Legazpi, Juan de Salcedo and Martín de Goiti, as well as several early Spanish Governors-General and archbishops. Their bones are buried in a communal vault near the main altar. The painter Juan Luna, and the statesmen Pedro A. Paterno and Trinidad Pardo de Tavera are among the hundreds of laypersons whose remains are also housed within the church. San Agustin Church also hosts an image of Our Lady of Consolation (Nuestra Senora de Consolacion y Correa), which was canonically crowned by Manila Archbishop Cardinal Jaime Sin in 2000.

Here is the list of hotels that can be found in Manila that offers good service and accommodations.

Manila is the capital city of the Philippines. Tourists can go around Manila through many options. Buses, FXs, jeepneys, taxis, tricycles, and pedicabs are available as a mode of transportation in and aound the city. The city is also serviced by the Manila Light Rail Transit System (LRT) and the MRT in other parts of Metro Manila.

Calesas are still used in the streets of Binondo and Intramuros, but mostly for tourists.