Sangyaw is an archaic Waray word which means to herald the news. The Sangyaw Festival was created by the former First Lady Imelda Marcos in the 80s. The festival has been revived in 2008 by her nephew and current city Mayor Alfred Romualdez. 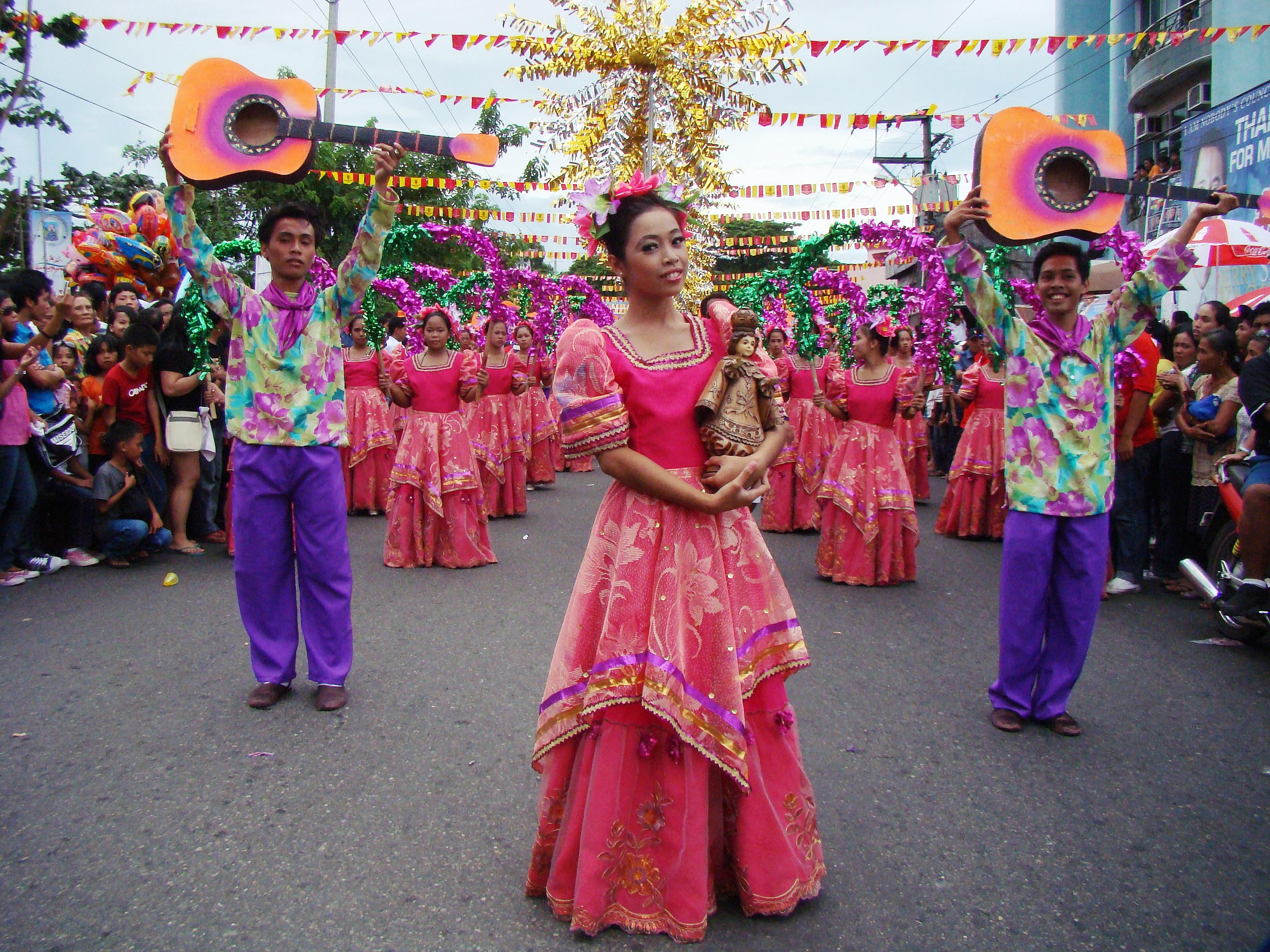 Sangyaw is an archaic Waray word which means to herald the news. The Sangyaw Festival was created by the formerFirst Lady Imelda Marcos in the 80s. The festival has been revived in 2008 by her nephew and current city Mayor Alfred Romualdez. The Sangyaw Festival invites contingents of different performing groups of various festivals in the country to compete on this side of the region. Huge cash prizes and trophies are at stake as the Sangyaw Festival grooms itself to be a big festival to watch out in the succeeding years.

The week-long celebrations peaks on the 30th of June, the Grand Fiesta of Tacloban celebrated with the traditional turn-over ceremonies of the “Teniente” made by the immediate past Hermano Mayor to the incoming Hermano Mayor. This is accompanied by the ritual of giving the medallion containing the names of all Hermanos Pasados and the Standartes. Fireworks and grand parades mark the occasion. Every house in the city prepares a feast and opens its doors to guests and well wishers.

Tourists can reach Leyte Province via by air travel via Tacloban City, the capital city of Leyte. Local airlines from Manila have daily trips to Tacloban City. From there, buses and vans are available as a mode of transportation touring the province.