Tradition holds that the town itself was born from the Virgin Mary’s call or "taoag" to the young man. The term Manaoag was derived from this, meaning "She Calls". 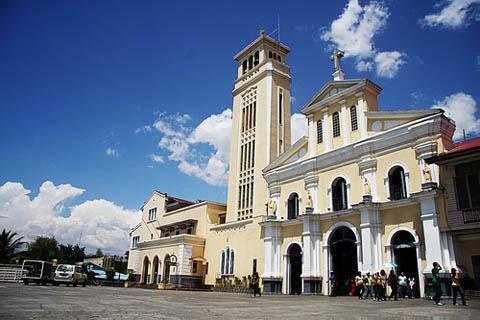 The Philippines is predominantly a Roman Catholic country. Many Filipinos were converted to Christianity due to the Spanish occupation in the country. Since then, a lot of churches have been built as places of worship and several unexplained miracles have happened in the lives of devotees and the faithful. One example of those is the Our Lady of Manaoag in Manaoag, Pangasinan. 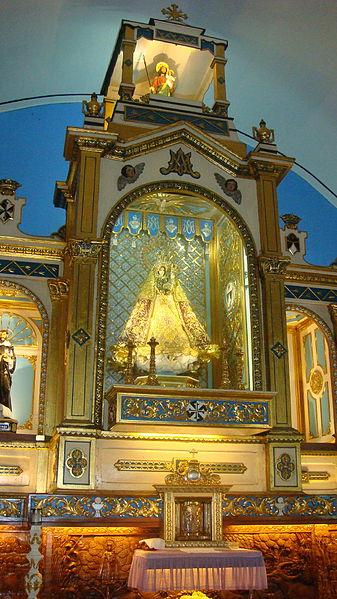 Tradition holds that the town itself was born from the Virgin Mary’s call or "taoag" to the young man. The term Manaoag was derived from this, meaning "She Calls".

Our Lady of Manaog Church is also known as the Shrine of the Nuestra Senora de Manaoag. The church was established by Captain Gaspar de Gamboa in 1720 and was donated to the Dominicans in 1722.

The original image was brought to the area by Augustinian friars who administered Manaoag from 1590-1613 in accordance with Royal Spanish decree. In 1614, the Dominicans assumed spiritual leadership under the patronage of Saint Monica.

In the early 17th century, the ivory image was brought to the Philippines by Padre Juan de San Jacinto from Spain via Acapulco. Documents dating back to 1610 prove that a native man walking home heard a mysterious female voice. He looked around and saw on a cloud-veiled treetop an apparition of St. Mary holding a Rosary in her right hand and the Child Jesus in her left. The man fell on his knees and later told others of the miracle. On the spot where St. Mary appeared to the man, a chapel was built. Since then, the faithful gather in the church to give honor to the miraculous of the statue in their lives.

Some of its unexplained miracles:

•  Our Lady of Manaoag has a long history of renowned miraculous and pious events; some are replicated in the murals within the church. These include the miraculous sparing of the town from a wildfire, the origin of the basilica and the parish, and the original apparition. Devotees visit the shrine regularly to pray for good health or cure for diseases, and for other intentions.
• Animist mountain tribes during the Spanish colonization try to burn down the newly-converted Christian villages. The Leader of the pillagers climbed over the compound's crude fence and shot flaming arrows into all parts of the church, but the building miraculously did not ignite.
• The statue's miraculous powers became famous in the 1940s. During World War II, the Japanese dropped several bombs within the church's vicinity, with the structure itself suffering moderate damage. Four bombs were released above the church, with three landing on the plaza and the façade, destroying both. The last bomb fell in the church sanctuary, but it remained intact and did not explode.

The feast of Our Lady of Manaoag is on the third Wednesday after Easter. It also celebrates the universal feast day of Our Lady of the Holy Rosary every first Sunday of October where thousands of pilgrims to flock the Manaoag Shrine to commemorate the miraculous statue.

How to get to Manaoag Church from Manila?

From Manila, there are bus companies having trips to Pangasinan. Bus companies like Five Star, Victory Liner, and Dagupan Bus Line have daily trip schedules that will take you directly to Manaoag Church.