The Sinulog Festival of Cebu City once again drew thousands of people from all over the world in what is deemed to be one of the grandest festivals in the Philippines. I got to watch the coverage of the Sinulog Festival – the early preparation, events, and the ceremonies held by the Cebuanos throughout the course of the festivities. Allow me to share with you what I’ve discovered about Sinulog, which through the years has continued to astound people throughout the world. 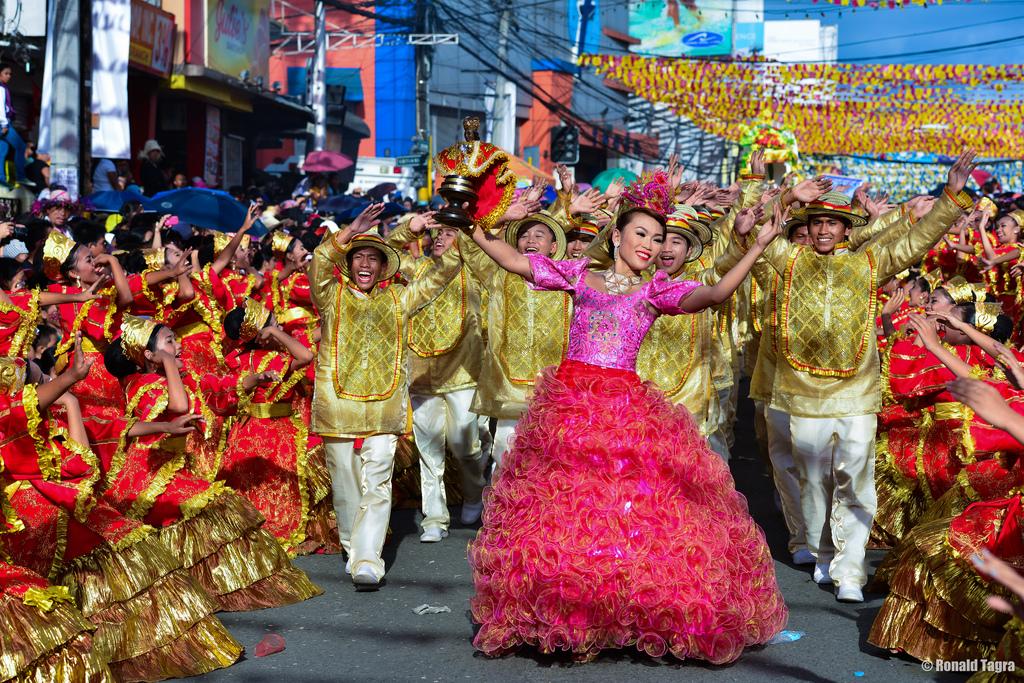 The Sinulog Festival of Cebu City once again drew thousands of people from all over the world in what is deemed to be one of the  grandest festivals in the Philippines. I got to watch the coverage of the Sinulog Festival – the early preparation, events, and the ceremonies held by the Cebuanos throughout the course of the festivities.  Allow me to share with you what I’ve discovered about Sinulog, which through the years has continued to astound people throughout the world.

It would seem that nothing can beat the love of the Cebuanos for the Santo Niño. Over many years, Cebu City has become one of the most prominent and prosperous cities in the Philippines. The growth of its economy and the successful development of the city are two of the reasons why Cebuanos never forget to give thanks to their patron saint, the Santo Niño.

As early as the first week of January, the spirit of the feast had already started. People went to churches like the Basilica of the Holy Child to attend the daily masses or novenas. At the historic Magellan’s cross, visitors and devotees alike pay their respects and marvel at this iconic landmark. Participants of the grand parade and street dance competitions were busy rehearsing dance steps and practicing the basic Sinulog dance to the beat of the drums. The basic Sinulog dance which is a ritual of pre-Spanish origin, with the Sinulog ladies dancing in front of the cross, chanting prayers while waving their candles back and forth. 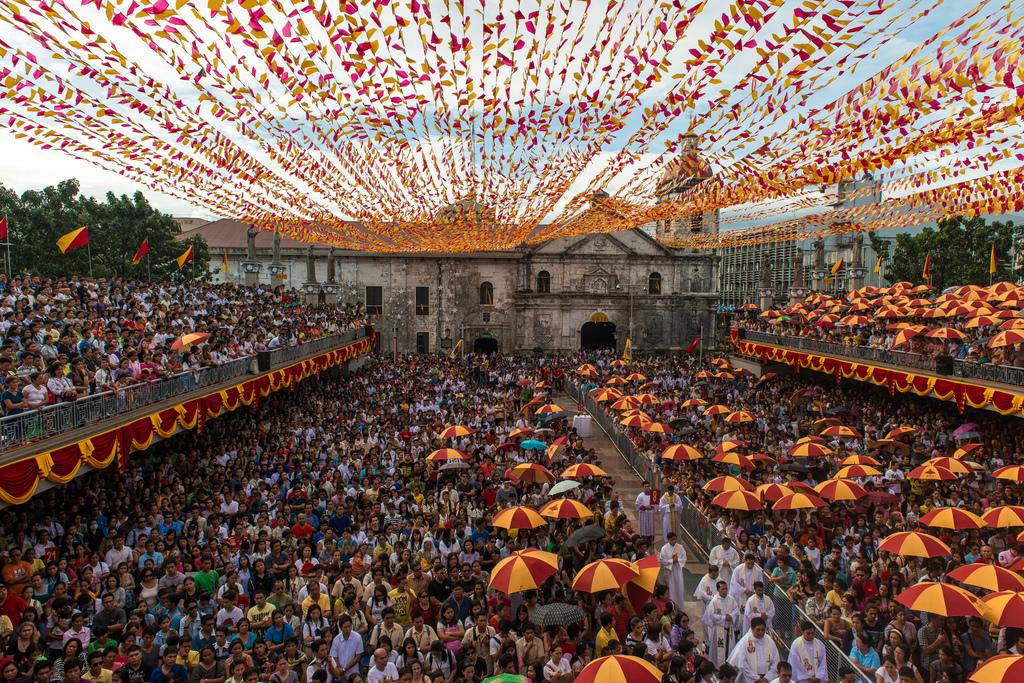 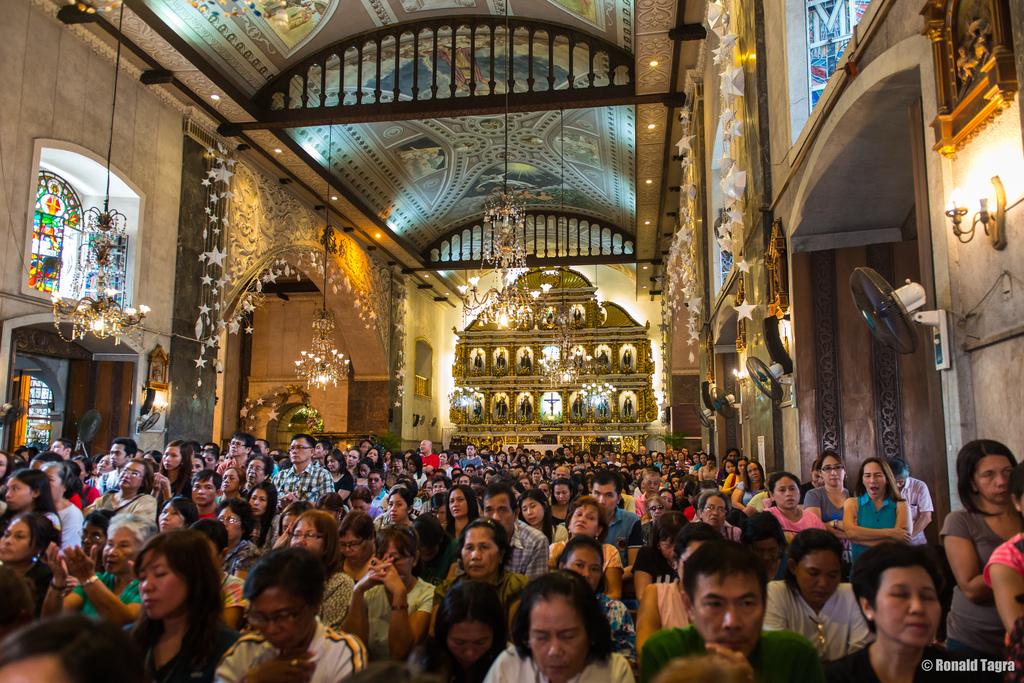 This year's celebration of the Sinulog Festival in Cebu City was held with much fanfare, and one of the highlights of the event was the procession. People come in droves to visit Cebu to witness the festivities of the Sinulog.  Because Cebuanos believe that the dance is a way of showing respect and thanksgiving to Sto. Niño, the dance parade is the highlight of the celebration, which features colorful costumes and lively dance moves honoring the Holy Child Jesus. Winners would get a P1 million cash prize.

The festivities were held at the provincial sports complex where thousands of tourists, foreign and local, flock to Cebu City to take part and witness this grand and colorful festival. The grand parade started with a mass at the Basilica at 7 a.m. and the parade started at 9 a.m. and ended at 7 p.m.

The whole month of January is dedicated to the Sinulog as it is filled with different activities and events that contribute to the delight and uniqueness of the festival. The highlight of the merriment is on the third week of the month with day-long events that  end with a pyromusical display at the provincial capitol grounds. 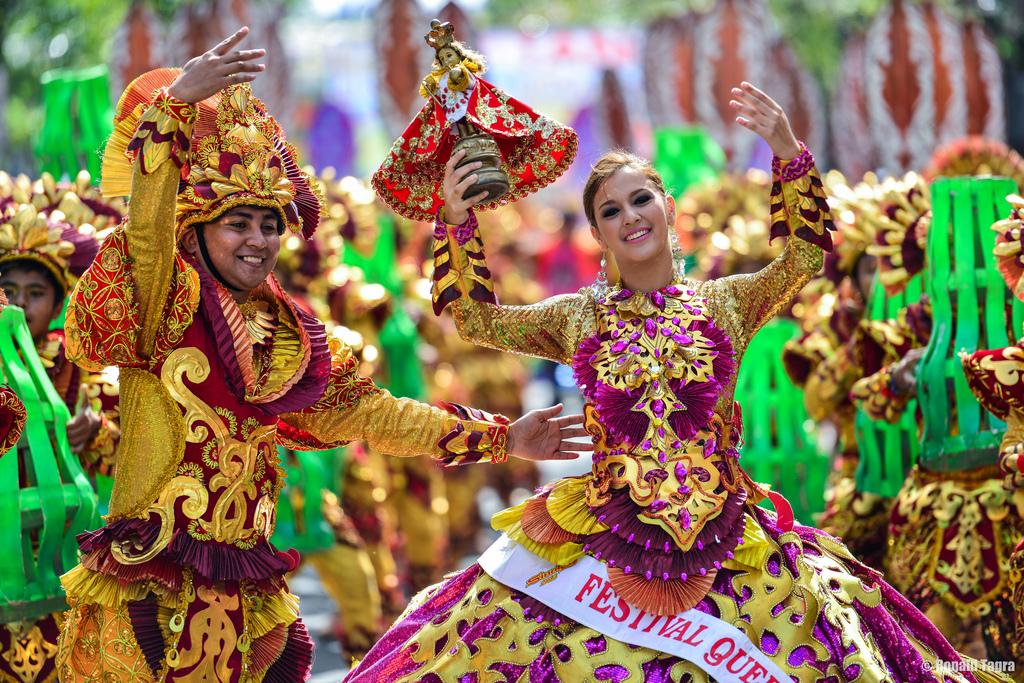 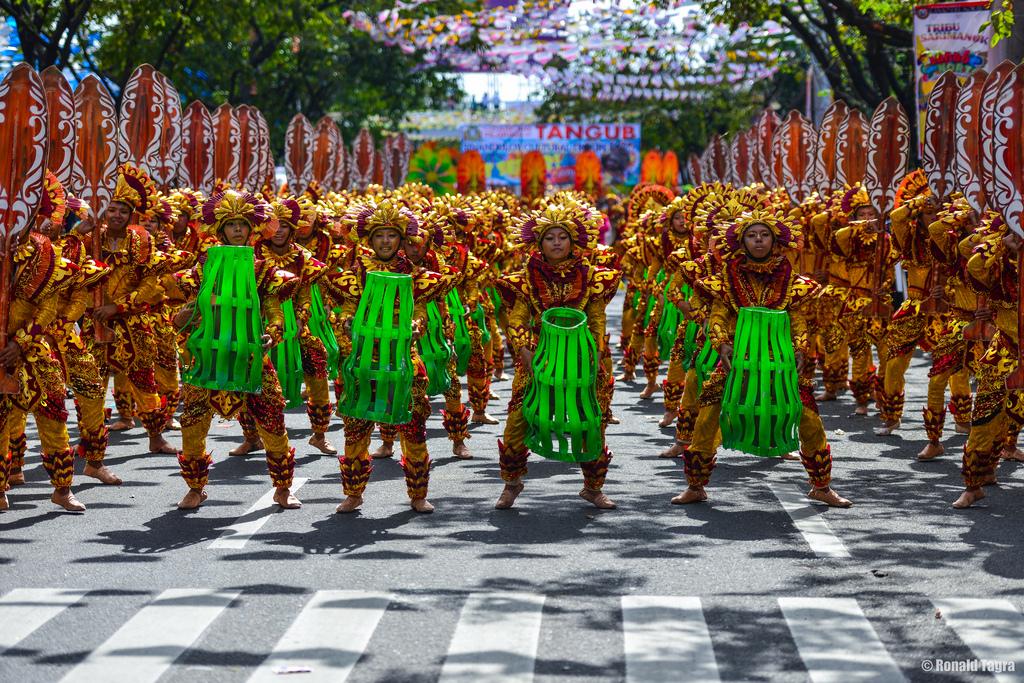 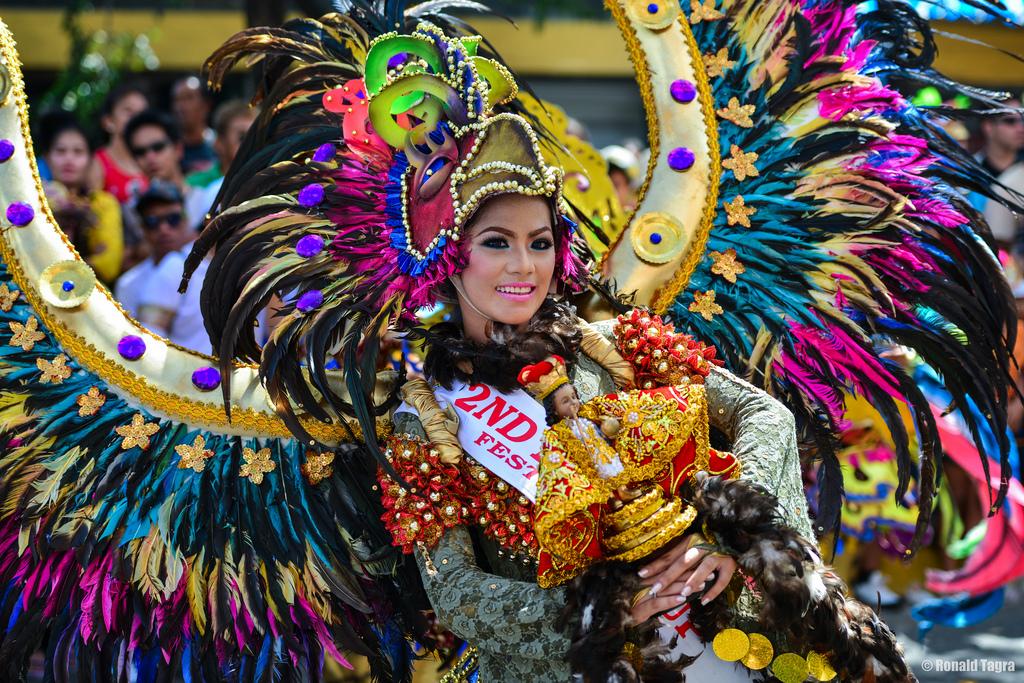 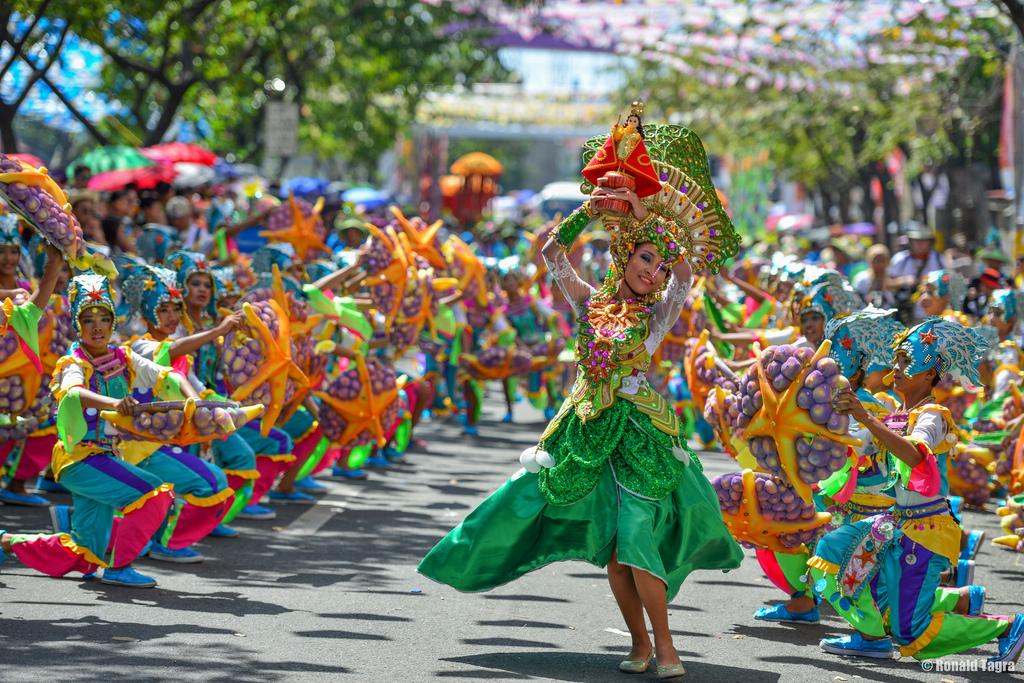 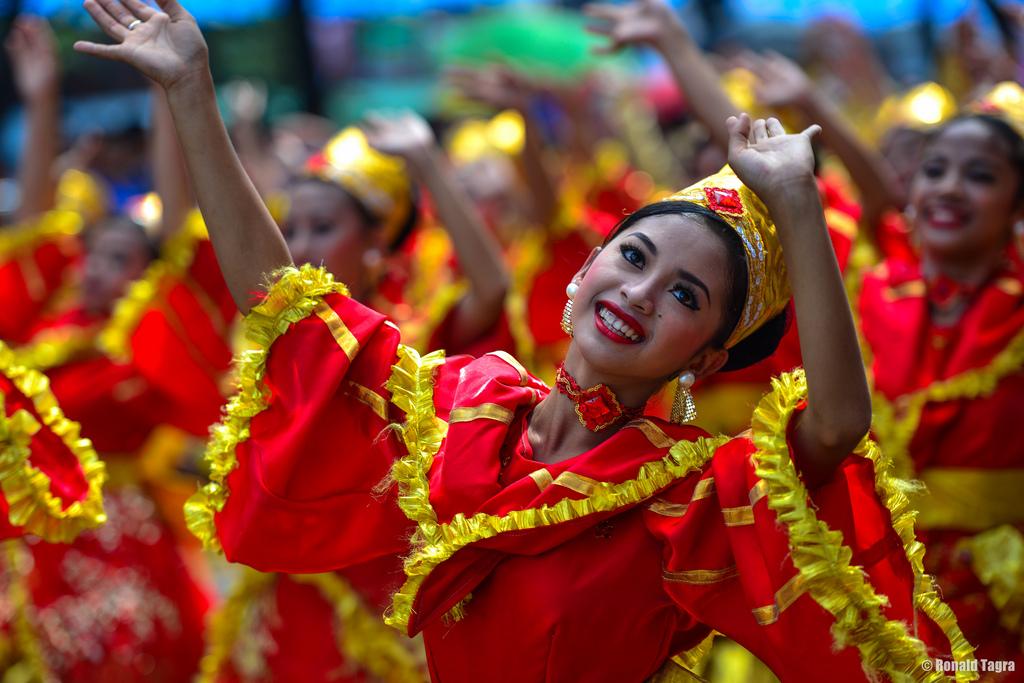 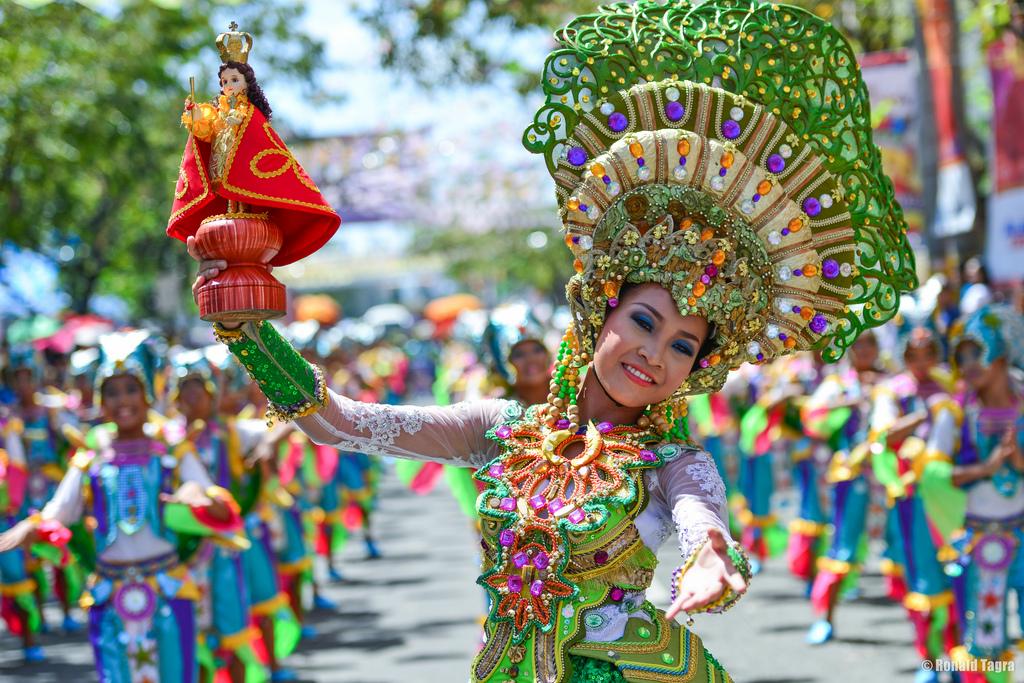 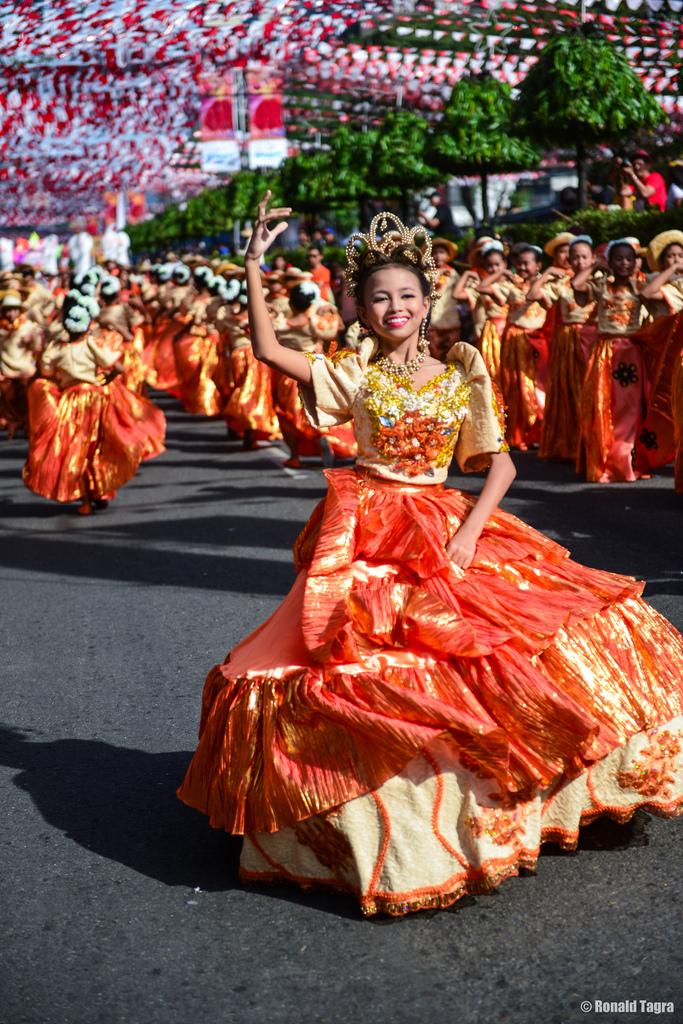 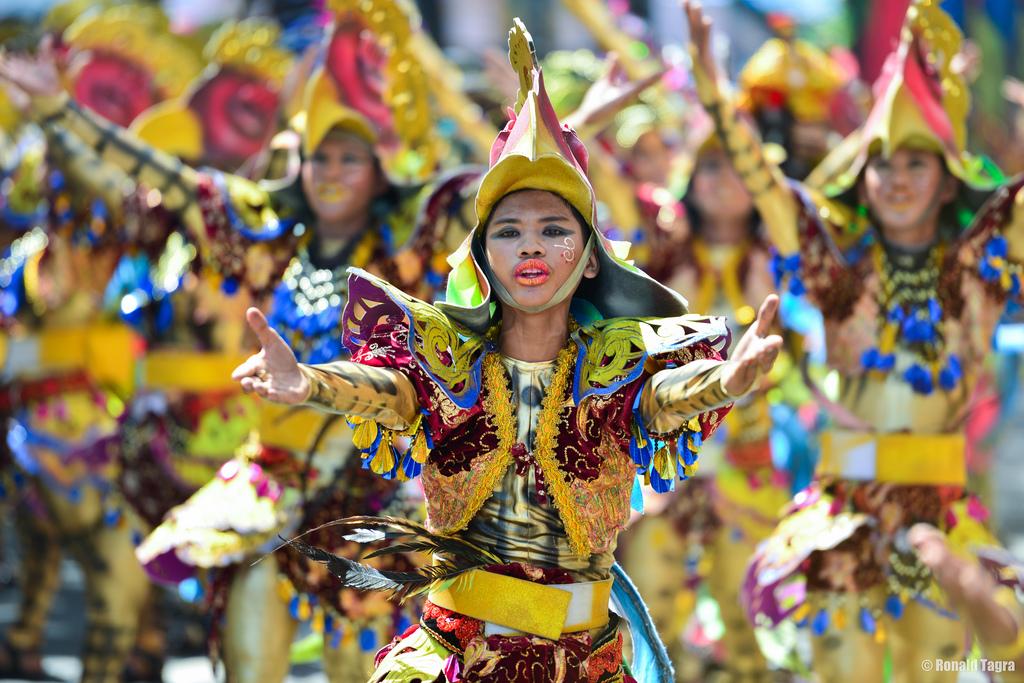 Philstar.com reports that the GMA Network brings its biggest primetime stars to Cebu to join in this year's celebration of the Sinulog. Website www.newsflash.org described in detail how the Kapuso stars participated and added pleasure to the festival. GMA Central and Eastern Visayas Station Manager, Ms. Ann Marie O. Tan, said that "January is a busy month for us Cebuanos as this is the time of the year when we come together as one with pride for our beloved patron saint, Senyor Sto. Niño. And I am very positive that my fellow Cebuanos are thrilled that GMA Network is joining in the fun and excitement brought about by this one-of-a-kind festival."

Then on Saturday (January 19) at 3:00 PM, Dingdong Dantes together with the ladies from Pahiram ng Sandali - Max Collins and Lorna Tolentino, appeared at the Kapuso Mall Show at Gaisano Grand Fiesta Mall. On the same day at 4:00 PM, Pahiram ng Sandali's Kristoffer Martin, Paroa: Ang Kuwento Ni Mariposa's Barbie Forteza, and Forever's Isabel Oli will give Cebuanos an additional treat via the Kapuso Mall Show at Gaisano Grand Mall Mactan.

Sunday, January 20, the festival's highlights, the Sinulog Grand Parade, went along the major streets of the city and has become merrier and more vibrant with the Kapuso stars' participation.

With President Benigno Aquino III saying that he had a prior committment in Zamboanga, Cebu City will still host many top national officials and other personalities as guests for the Sinulog Grand Parade and dance competition.  Vice President Jejomar Binay, one of the founders of the United Nationalist Alliance (UNA), is expected to come and visit  this year's Sinulog Festival.