Because of more than three hundred years of Spanish colonization, our country has become one of the most Christianized countries in the world. It is seen through the different colonial churches that were built during Spanish era. St. Augustine Church in Paoay is one of the churches that designate the deep faith of many Filipinos. 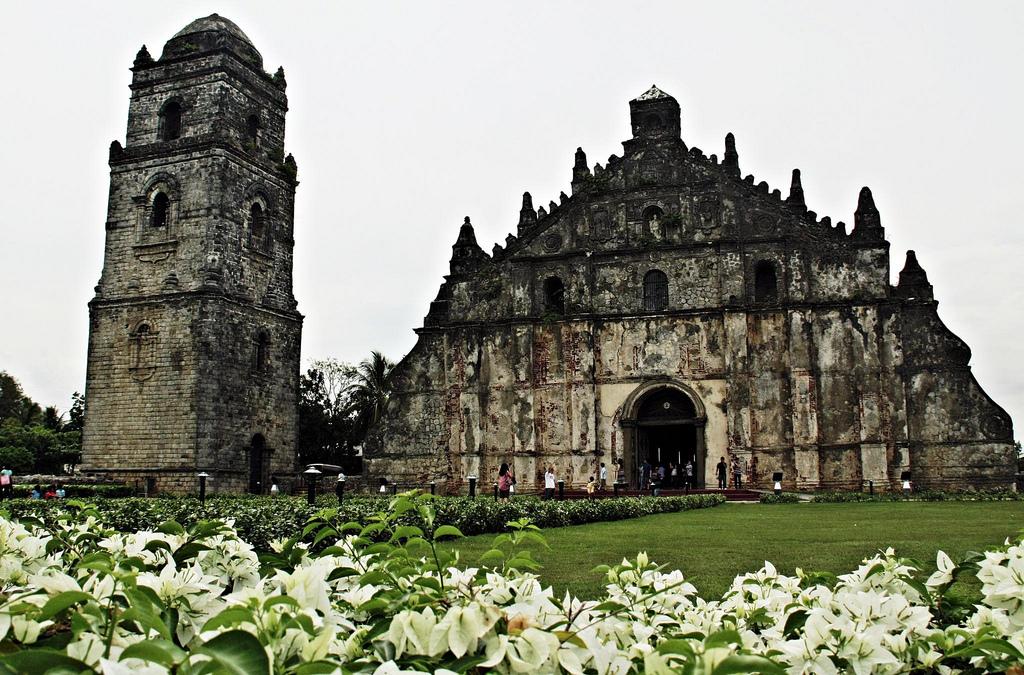 Because of more than three hundred years of Spanish colonization, our country has become one of the most Christianized countries in the world. It is seen through the different colonial churches that were built during Spanish era. St. Augustine Church in Paoay is one of the churches that designate the deep faith of many Filipinos.

Known as the “Earthquake Baroque” church in the Philippines, also known as the St. Augustine Church is prime example of Earthquake Baroque architecture, which is the Philippine interpretation of the European Baroque adapted to the seismic condition of the country. Destructive earthquakes are common and have destroyed earlier churches all throughout the country. Aside from Baroque, the church facade also exudes Javanese architecture reminiscent of Borobudur of Java. 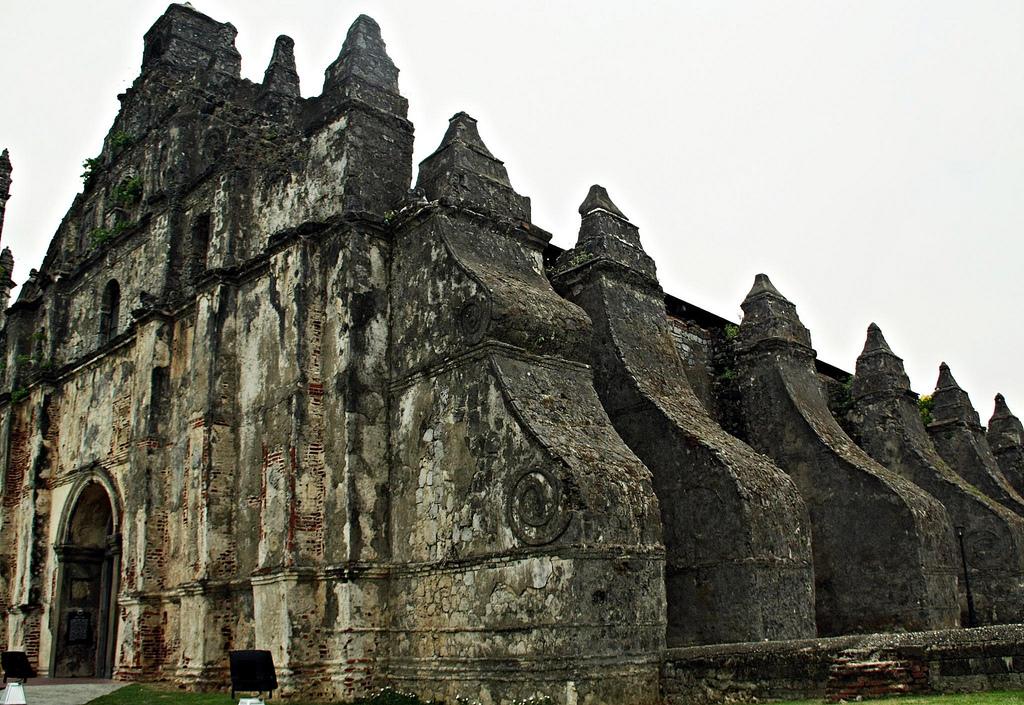 In Fr. Pedro Galende's book, he described the massiveness of the structure is balanced by its grace and fluidity. The church adapts the pyramidal design of the baroque style. Its details are inspired from by seal of Saint Agustine, the emblem of the king of Spain, the logo of the Pope, the “init-tao” or the sun god, and stylized Chinese clouds.

Historical Significance – A three-storey coral stone bell tower stands a few meters away from the church. The bell tower served as an observation post in 1896 for the Katipuneros during the Philippine revolution against the Spaniards, and again by the Filipino guerillas during the Japanese occupation in World War II. 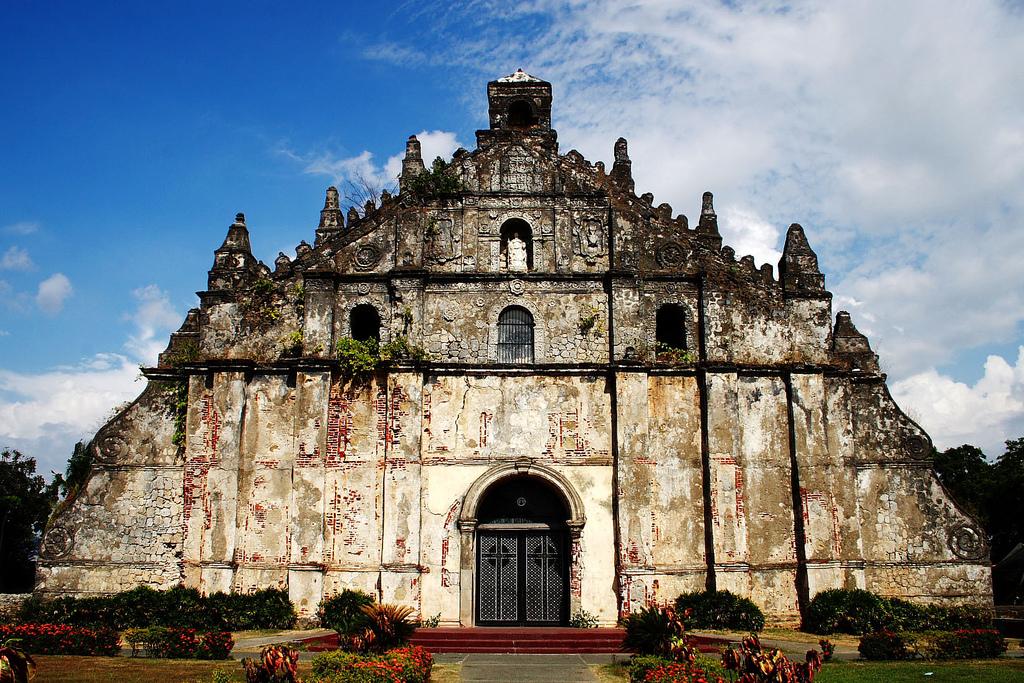 In 1993, the church was designated as a UNESCO World Heritage Site as one best examples of the Baroque Churches of the Philippines. The historical church is famous for its distinct architecture highlighted by the enormous buttresses on the sides and back of the building. 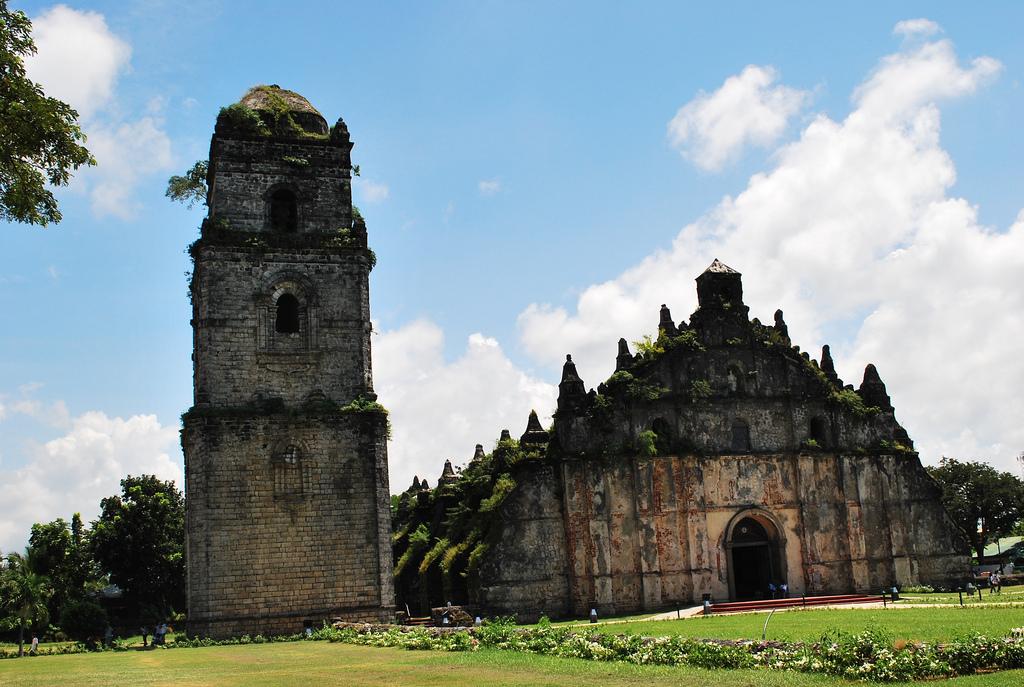 Portions of the church were damaged during the earthquakes in 1865 and 1885. During an excavation inside the church in 2000, a prehistoric human skeleton and fragmented ceramics were discovered and are now in display at the National Museum. Former president Ferdinand Marcos declared Paoay Church as a national treasure.

From Manila, you can go to Ilocos Norte by riding a bus bound for Laoag. There are buses that will take you directly to Laoag City like Partas, GV Florida Transport, Dominion Bus Lines, Philippine Rabbit and Fariñas Transit. There is also a direct flight from Manila to Laoag via Cebu Pacific or Philippine Airlines. From the airport, there are available jeepneys that bring the passengers to the city proper. 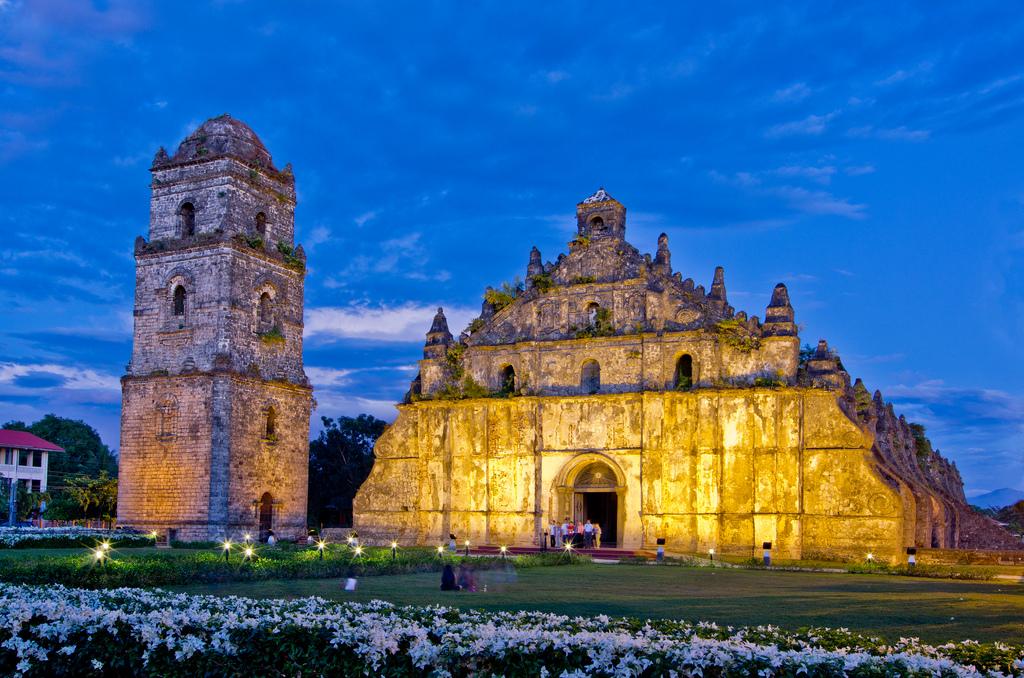 Laoag to Panay is approximately 18 kilometers. There are jeepneys ply around the town that will take you to Paoay. Travel time is about 45 minutes.

Accommodations in Laoag are also available. There are lots of inns and hotels throughout the town offering comfortable rooms and cottages at a reasonable price.