The St. Joseph Parish Church in Las Piñas houses the Bamboo Organ, and it is about ten kilometers south of the heart of Metro Manila. Built between 1797 and 1819, the church has an “earthquake” Baroque architectural style and is mainly made of adobe stones. 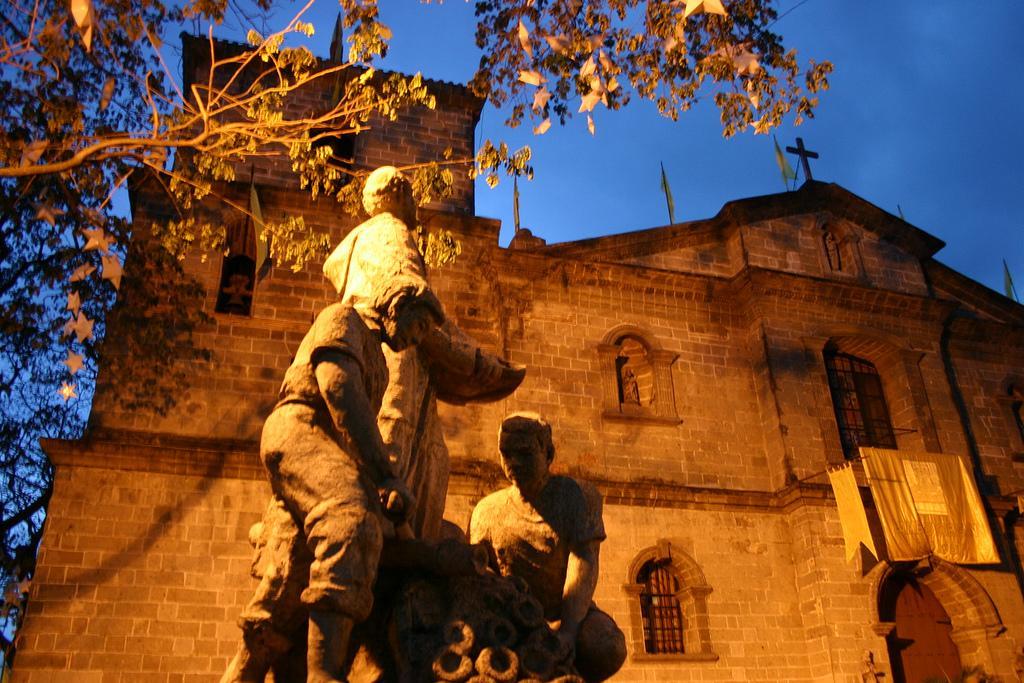 The St. Joseph Parish Church in Las Piñas houses the Bamboo Organ, and it is about ten kilometers south of the heart of Metro Manila. Built between 1797 and 1819, the church has an “earthquake” Baroque architectural style and is mainly made of adobe stones. It had to undergo renovation with the assistance of the local community and the neighboring area, in order to restore the structure and the grounds to its original state. Architects Francisco “Bobby” Mañosa and Ludwig Alvarez effectively spearheaded the renovation from 1971 to 1975.

Located within the grounds of the church is the Antillan House, which serves as the point of entry to the Bamboo Organ Foundation Inc, its souvenir shop, the museum, and the Parish Adoration Chapel. This place used to be an old Spanish convent, and is now being used as a passage to the Bamboo Organ as well.

Knowing more about the church…

St. Joseph Parish Church is the Roman Catholic Church of the parish of Las Piñas. The church is renowned as the house of the Las Piñas Bamboo Organ, a pipe organ made mostly with bamboo pipes. To the right of the church is an old Spanish convent converted into a gift shop and the entrance for observing the organ up close. Also in the church complex is St. Joseph's Academy, a primary and secondary education school established in 1914.

The parish falls under the jurisdiction of the Roman Catholic Diocese of Parañaque. The parish priest of the Las Piñas church is Rev. Msgr. Mario Josefino Martinez, PC, JCD since July 1, 2011.

Founding of the parish…

On November 5, 1795, the Archbishop of Manila assigned Las Piñas, then a small town of farmers and fishermen, to the Augustinian Recollects to establish a new church. Father Diego Cera de la Virgen del Carmen, a native of Spain, traveled from Mabalacat, Pampanga province and arrived on the town on the second day of Christmas 1795. Soon after, he started building the church made from adobe (volcanic) stones in the Earthquake Baroque architectural style.

The new parish priest was a very gifted man. He was a natural scientist, chemist, architect, community leader, as well as organist and organ builder. He also built the organs for the Manila Cathedral and San Nicolas de Tolentino Church, the main Augustinian church in the old walled city of Manila. In 1816, when the stone church was almost complete, he started building the organ made of bamboo and completed the instrument in 1824.

Father Cera served as the parish priest of Las Piñas till May 15, 1832, when he could no longer perform his duties due to severe illness. He died on June 24, 1832, in Manila.

In 1914, Belgian missionaries Fr. Jose van Runenkelen and Fr. Victor Zaiel of Congregatio Immaculati Cordis Mariae (CICM) established St. Joseph's School next to the church to foster literacy in the parish community. The school, which started as a grade school, eventually included secondary education and was renamed as St. Joseph Academy.

Renovation of the church…

Between 1971 and 1975, with the help from the community and neighboring towns, the church was restored by a National Artists of the Philippines for architecture Francisco Mañosa with Architect Ludwig Alvarez back to its 19th-century look. The event coincided with the return of the Las Piñas Bamboo Organ on March 13, 1975 after three years of rehabilitation in Bonn, Germany, reviving the organ back to its original state. On May 9, 1975, the bamboo organ made its inaugural concert at the newly-renovated church and surrounding buildings.

From Manila, go to Baclaran. Take a jeepney from Baclaran to Alabang and drop off in front of St. Joseph Church.

Accommodations in the city are also available. There are lots of inns and hotels throughout the town offering comfortable rooms and cottages at a reasonable price.