THE COLORS OF DUMAGUETE

It’s so easy to fall in love with this small city. Easily the most popular and beautiful landmark in the city is the bay walk along Rizal Boulevard, named after Dr. Jose Rizal 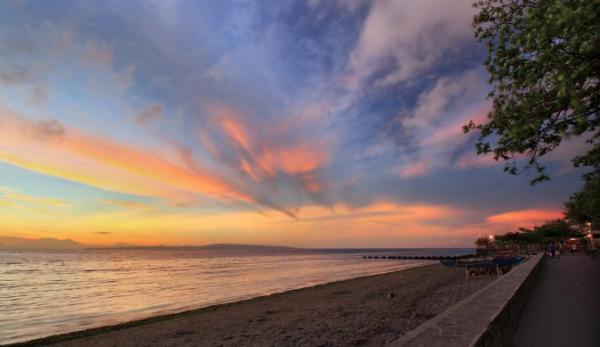 The first time we came to this city we considered it merely a transit point to the island province of Siquijor. On our return trip to Sibulan Airport we had to wait out our return flight to Manila for a few hours at Dumaguete. After a limited exploration of the city we soon realized we had been missing out on a travel destination in itself. 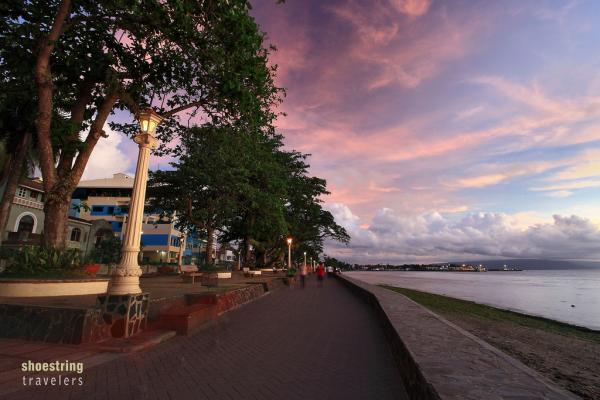 It’s so easy to fall in love with this small city. It’s sometimes referred to as the City of Gentle People and judging from the people we’ve come across – from motorists to the staff at our hotel – we can’t think of a more befitting description of the populace. 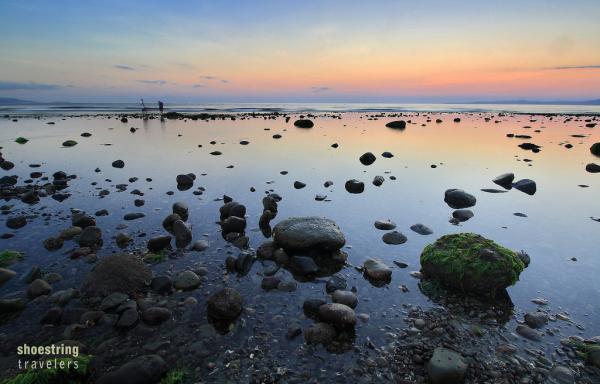 The waterfront of Rizal Boulevard at sunset.

Easily the most popular and beautiful landmark in the city is the bay walk along Rizal Boulevard, named after Dr. Jose Rizal who passed by this city on the way to his exile at Dapitan and enjoyed strolling along its beautiful shores. Unlike other municipalities where commercial and residential establishments have invaded beach fronts, Dumaguete has taken pains to preserve the waterfront along this boulevard. 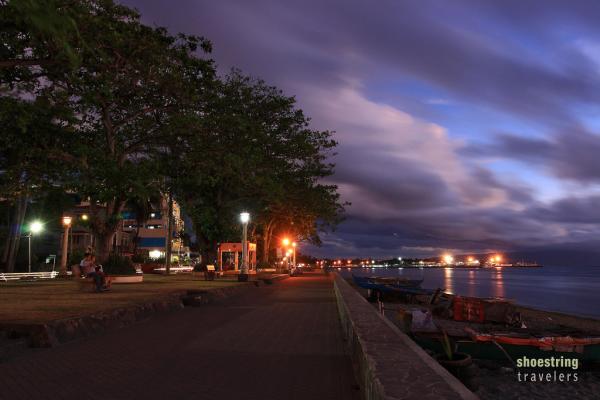 The bay walk of Rizal Boulevard at dawn.

In two visits to this city we’ve wandered along Rizal Boulevard’s bay walk at various times of the day – from 4:30 AM to midday to dusk and early evenings. Consequently we got to see the changing colors of the city’s waterfront and what a visual feast it was. Because Rizal Boulevard faces east, sunrises here are more prominent but there are also times when fiery sunsets in the west lend their colors to the skies here. 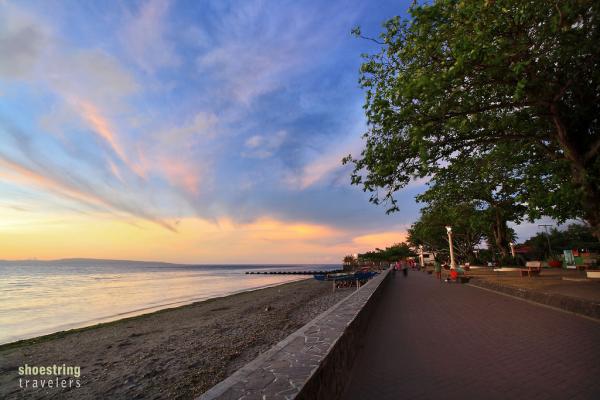 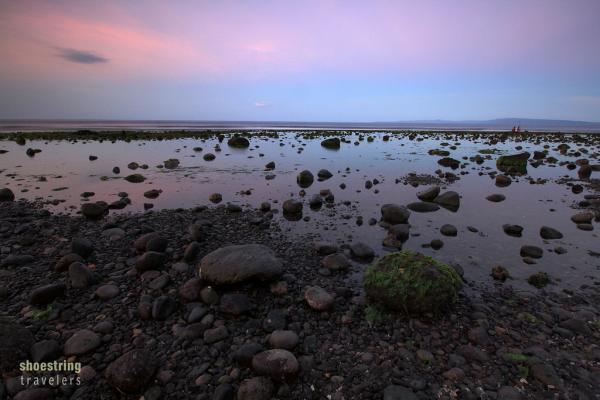 Although the beachfront at Rizal Boulevard is kept free of commercial establishments, the opposite side of the boulevard is a thriving commercial area. There are hotels, restaurants, cafes and even the most prominent university this side of Negros – Silliman University, the first American university in the country. 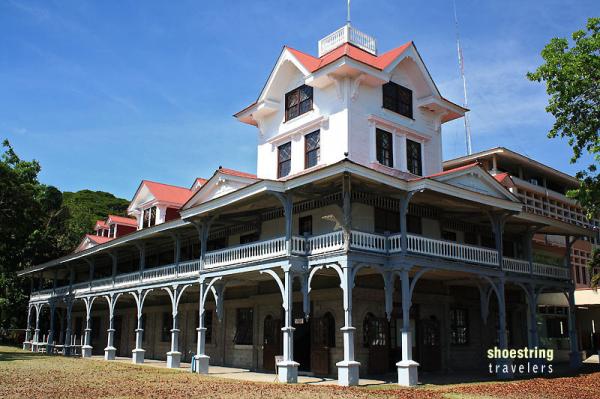 Silliman Hall, Silliman University, is the oldest American-built building in the country.

Did we say restaurants? Dumaguete probably has one of the densest concentrations of cafes and restaurants in the country. It also has one of the most inexpensive quality food you’ll find in any major city in the Philippines. The Lab-as Restaurant, Hayahay, Café Antonio, Gabby’s Bistro and Jo’s Chicken Inato are among the food destinations worth sampling. There‘s also the Sans Rival Bistro Restaurant, an extension of that famous pasalubong place, the Sans Rival Bakery. Or you can go and try the tempura at a Rizal Boulevard food stall or budbod suman, mango and hot chocolate at the surprisingly clean public market. 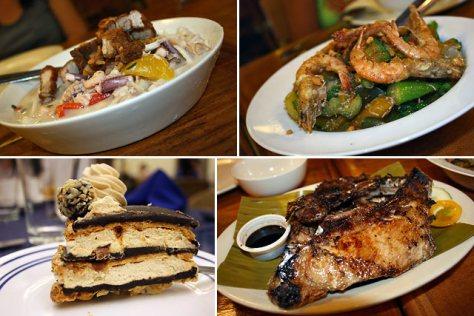 Servings at various restaurants in Dumaguete

We fell in love with this city so much we have been considering it as our place of retirement – that’s if we ever retire. Even so we hope to be back a few more times to this beautiful city. Until our next visit… 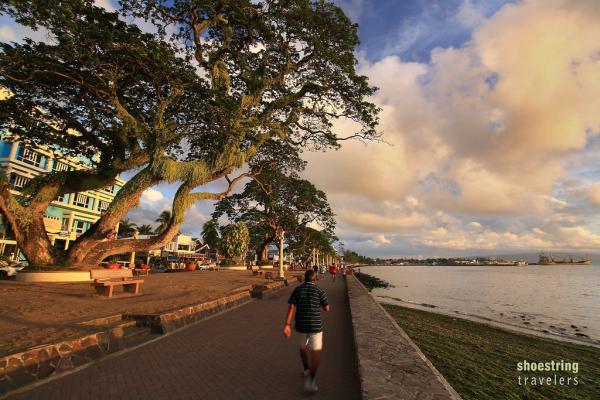