THE SIMPLE LIFE: MUSINGS AT A NUEVA ECIJA FARM 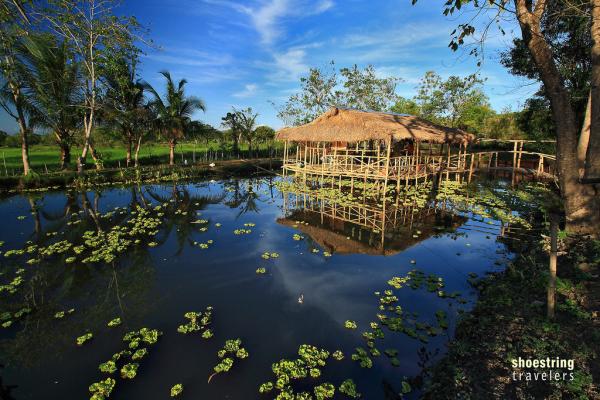 You may also check these sites:
https://shoestringdiary.wordpress.com/?s=THE+SIMPLE+LIFE%3A+MUSINGS+AT+A+NUEVA+ECIJA+FARM


The sun was beginning to cast its golden rays on the green landscape when we arrived at the farm. Isolated stretches of thin and wispy cirrus clouds framed against the backdrop of a deep blue sky reflected off the still waters of the fish pond. Pairs of ducks would dart from time to time across the pond, churning up ripples of water and gently displacing clumps of green lilies in their wake. We slowly made our way to the native hut in the middle of the pool even as multifarious species of birds broke cover, scooting playfully from tree to tree. 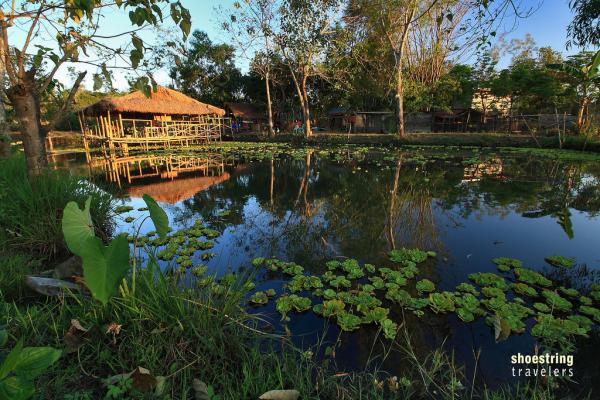 We have always thought about retiring to a seaside retreat in our twilight years. Right by a white sand beach – that would really be nice. But as I cast my gaze on our friend’s integrated organic farm in Palayan City, Nueva Ecija, I couldn’t help but think that a farm like this is not a bad alternative at all. And with our interest in organic foods and healthy living and our love for animals – both domestic and wild – a farm of this kind would also be a nice retreat away from city life. 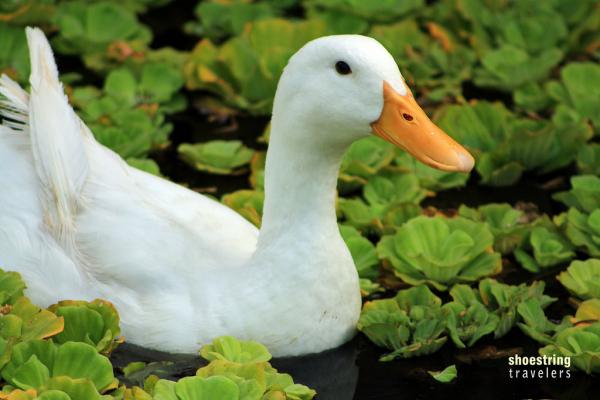 There is an increasing interest in integrated and organic farming these days. With gradually shrinking farm holdings, farmers are pressured to find more efficient ways of producing crops and livestock. Integrating livestock, aquaculture and plant production is becoming increasingly important for small landholders such as our friend in Palayan. My visit to this farm has shown that it is possible to grow a variety of crops – vegetables and even a variety of red rice that they are now supplying to a shop in Metro Manila – and raise animals in the process. Their initial batch of ducks, chickens and goats are slowly but surely increasing in number. 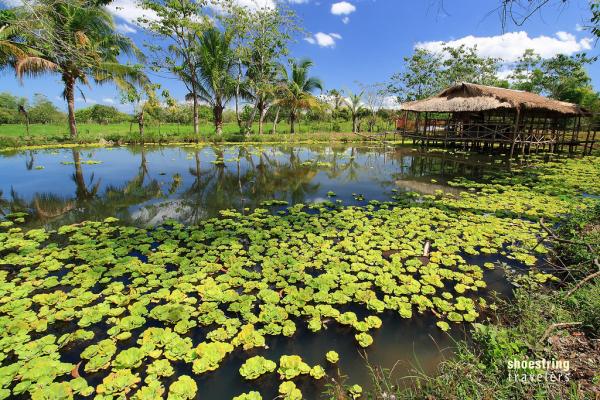 Our friends tried to grow lotus plants at this pond… 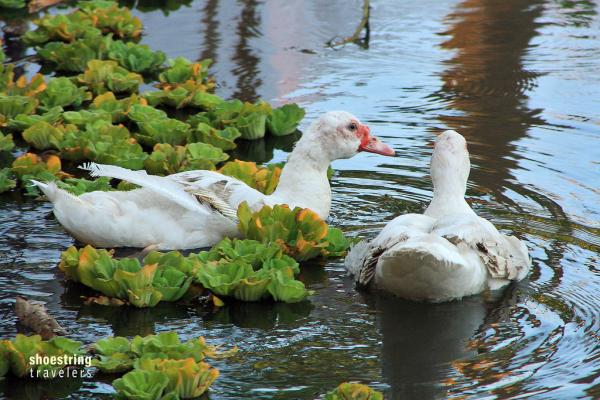 …but the ducks gobbled them all up before they could grow enough roots.

The farm is also organic. My friend, his wife and their farm manager do not use any polluting inputs such as insecticides and chemical or synthetic fertilizers, preferring organic fertilizers and biopesticides that are both derived from natural sources. They view the whole farm as a cross-linked ecological system where nothing goes to waste. For instance, animals are not given commercial feeds for the most part but subsist on whatever grows naturally on the farm. Waste from the animals is in turn used for making organic fertilizers. Not only do they cut down on costs as a result of this farming philosophy; they also produce healthy sources of food in the process. 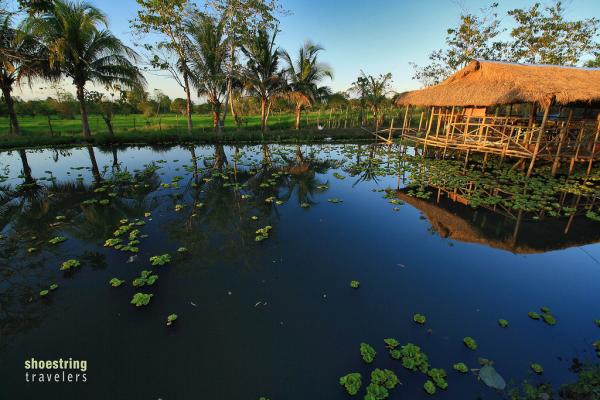 But even without all the farming stuff, just a day spent in this farm is soothing and refreshing to a harried soul seeking a brief respite from city life. On a sunny day like this, the trees and native huts provided more than an ample shade and a breeze would blow every so often to refresh our tired bodies. Wanting a glimpse of wildlife? Get up early in the morning or stay around before sunset and you’ll see various species of birds coming out of their hideouts to play and even an occasional kingfisher or heron lurking around, then swooping in on an unsuspecting tilapia in the pond. 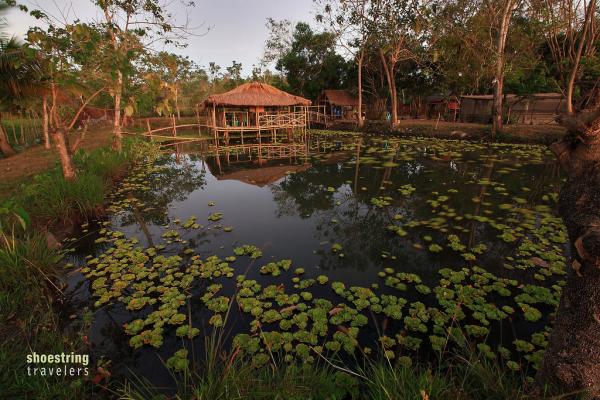 Nearing twilight of another peaceful day at the farm

Nueva Ecija is often referred to as the “Rice Granary of the Philippines,” being one of the top producers of agricultural products in the country. Rice is the main produce but corn, onions, garlic and a host of other fruits and vegetables as well as livestock are grown profusely here. Unlike most provinces in the country, it is a landlocked province. It may not have any beaches but Nueva Ecija has a number of natural and historical tourist attractions including the Minalungao National Park (featuring the scenic Peñaranda River and high limestone cliffs in the foothills of the Sierra Madre mountain range), various waterfalls in Gabaldon, Rizal, Bongabon, San Jose and Carangalan, the scenic Pantabangan Dam and its surrounding watershed. And then there is Camp Pangatian in Cabanatuan City – the site of a World War 2 concentration camp for American POWs and the famous 1945 Raid at Cabanatuan (also known as the Great Raid).

From Manila, Cabanatuan is about 3 hours by bus (you need to take a bus that takes the North Luzon Expressway or NLEX to the Subic-Clark-Tarlac Expressway or SCTEX route). It’s faster if you have a private vehicle with you – just do not take the older route that goes through Baliwag and Gapan as daytime traffic there can be bad. Palayan is less than an hour away from Cabanatuan on the road leading to Baler, Aurora.