Taguig is a city which has made significant contributions to the Philippine history. These contributions are seen in their well-preserved historical landmarks that tell the tales the great roles that the city had played in history. Here are some of its proudest attractions that everyone should take time to visit: 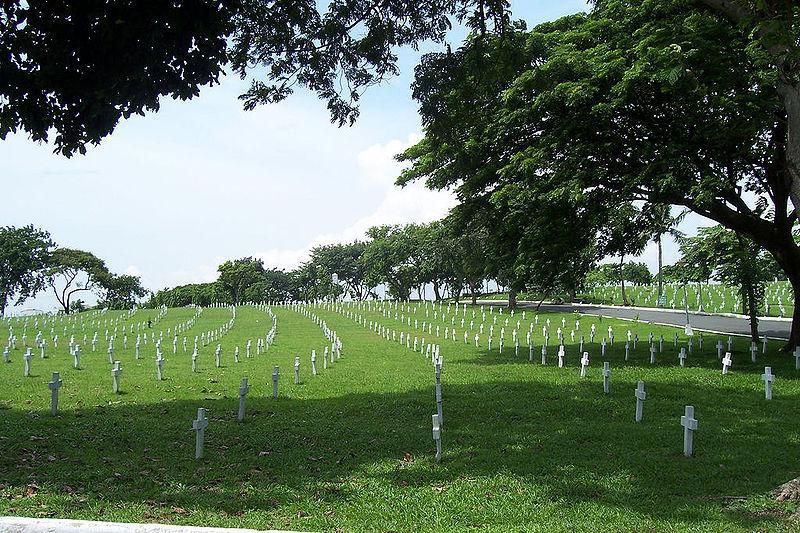 Taguig is a city which has made significant contributions to the Philippine history. These contributions are seen in their well-preserved historical landmarks that tell the tales the great roles that the city had played in history. Here are some of its proudest attractions that everyone should take time to visit:

A century-old church with altar, wall sidings, ceiling and benches that are made of pure, native bamboo, located in Ligid, Brgy. Tipas. This symbol of Filipino design and artistry stood in history as the site where over 500 men were gathered and brutalized during the tragic "sona" of December 1, 1944 conducted by the Japanese forces. The men were later imprisoned in the dungeons of Fort Santiago in Intramuros -- never to be seen again, alive or dead.

Built during the term of Fr. Diego Alvarez of the Augustinian Friars in 1587, this is definitely one of the oldest churches in the Philippines. Located in Liwayway st, Brgy Sta. Ana, this was destroyed by an earthquake in 1645 and reconstructed in 1848. It was destroyed again by another earthquake and rebuilt in 1896.

Standing as centerpiece of the Sta. Ana Catholic Cemetery is the Simboryo, located in Brgy Tuktukan. It was constructed through Filipino labor and supervised by Spanish friars in the year 1700. The dome is made of tiles and the walls of stones. The structure is 12 meters in diameter. It has retained its quaint mysterious appeal despite the minor repairs it has undergone in 1980 and in 1993.

Built in the 17th century, it stands guard at the mouth of Napindan Channel where the Pasig River crosses into the Laguna Lake. It became the secret rendezvous point of the Katipunan as it planned its moves to achieve Philippine's Independence. The Parola was chosen by KKK Supremo, Gat Andres Bonifacio, as a meeting place because of its strategic location being the most accessible channel from Tondo, Manila and from the Municipios along the Pasig River and the Province of Laguna.

At this Museum located in Veteran's Road, Western Bicutan, history comes alive in life-sized tableaus depicting ambuscades and encounters between invading Japanese and the defending Filipinos. War stories are retold here using all forms of art fused with state-of-the-art technology. It has a library, an archive, and an audiovisual theater. It is a place to experience, relive, learn, and appreciate the sacrifices our predecessors went through to give us the kind of life and freedom we have now.

Located in Fort Bonifacio, the Libingan ng mga Bayani is the memorial ground of 33,520 Filipino soldiers who were killed in Corregidor, Bataan, and in other battlefields during World War II. It lies side by side with the American War Memorial.

Located in Ligid, Tipas, this is an endearing monument in memory of hundreds of men from Brgy. Tipas who were captured and killed by the Japanese in the prison cells in Intramuros, Manila. Names of victims were carved on the monument. Commemorative events of the "sona" victims are held every 23rd day of February.

Established in May 1947 at Fort Bonifacio, this is dedicated to American soldiers who fought in the Philippines and in New Guinea during World War 2. Set among masses of a wide variety of trees and shrubbery, the lovely and serene memorial ground is a favorite destination of tourists, war veterans, and their families and descendants.

Located at the City Hall Complex, this stands as a fitting tribute to the heroes of Taguig who sacrificed, died or lived in defense of freedom during the Second World War. Many of the sons of Taguig played key roles and many gave up their lives in the various battlefields during the war either as regular members of our armed forces or as guerillas. Veterans who are still alive share stories and provide witness accounts of the Taguigenos' courage and heroism.