Situated in Albay, Cagsawa Ruins is a historical landmark that serves as the centerpiece of the Cagsawa Ruins Park where tourists can enjoy the scenic view of Mayon Volcano. The ruins also stood as an image of Bicol region’s magnificent landscape for almost two centuries. It symbolizes Bicol’s rich history together with the strength and flexibility of the people towards calamities and ravages of Mother Nature. 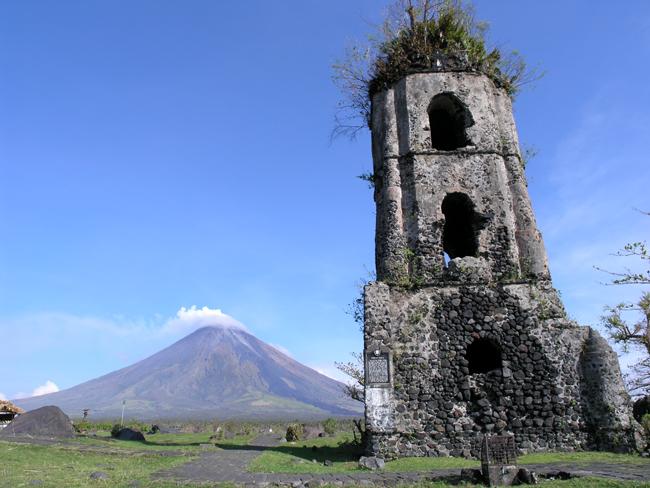 Situated in Albay, Cagsawa Ruins is a historical landmark that serves as the centerpiece of the Cagsawa Ruins Park where tourists can enjoy the scenic view of Mayon Volcano. The ruins also stood as an image of Bicol region’s magnificent landscape for almost two centuries. It symbolizes Bicol’s rich history together with the strength and flexibility of the people towards calamities and ravages of Mother Nature.

Cagsawa was derived from the word “Kag” which means owner and “sawa” for python. It could also mean too much or excesses. The Cagsawa church was built after 1724 by the Franciscan friars and was administered by Fray Francisco Blanco in the small town of Cagsawa.

It was originally built to replace a church that was erected in 1636 that had been destroyed by Dutch pirates.

On February 1, 1814, the greatest tragedy happened in Cagsawa and it was the eruption of Mayon Volcano. The eruption buried the small town and nearby areas killing an estimated of 1, 200 people who took refuge in the stone church. It was the strongest eruption recorded to date. 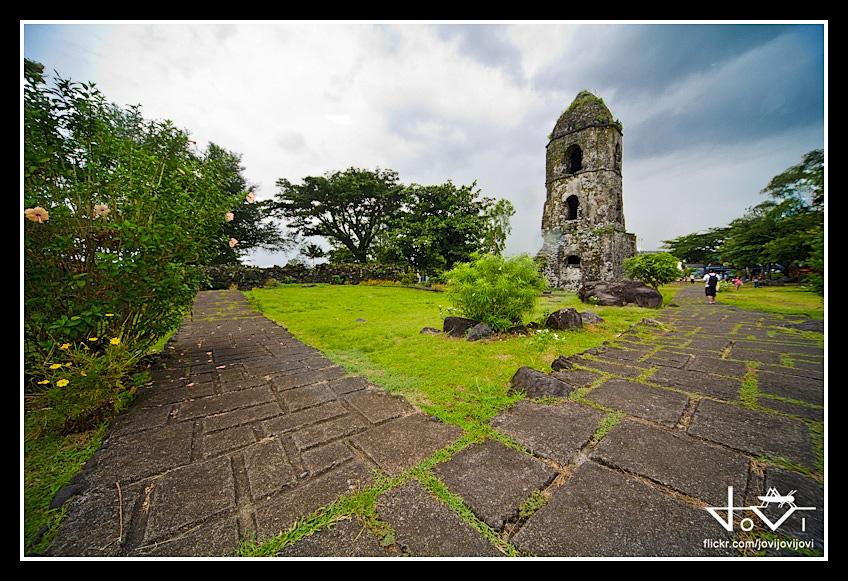 Sadly, all the people who took refuge were buried under the pyroclastic flows and lahar that engulfed the church. Only the Cagsawa belfry remained as a grim reminder of the devastating catastrophe that happened in the place.

Today, the Cagsawa belfry is able to withstand calamities and disasters. Example of this is when Super Typhoon Durian struck Cagsawa, the belfry remained unharmed even though the typhoon devastated the surrounding areas with lahar and mudslides that killed 1, 266 people.

Even though of the tragic incident that surrounds the place, Cagsawa Ruins stands as a historical landmark and it is one of the famous tourist attractions in Albay that coincides with Mayon Volcano. The ruin is the major highlight of Cagsawa Ruins Park and it’s also the site of the Cagsawa Branch of the National Museum of the Philippines which is also known as the Cagsawa National museum. 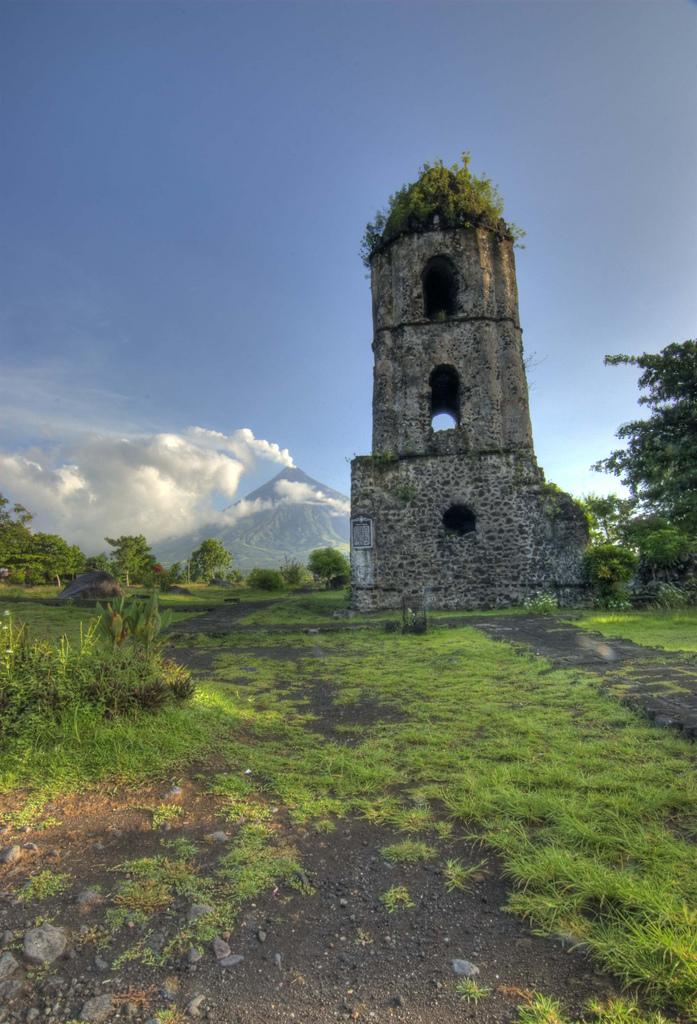 The Cagsawa Branch of the National Museum of the Philippines was officially inaugurated on October 30, 1992and it houses a huge gallery of photographs of the volcanic eruptions of mount Mayon as well as various archeological and geological exhibits.

Last February 1, 2014, Albay province commemorated the 200th anniversary of the 1814 eruption by holding the Cagsawa Festival. “Cagsawa Dos Siglos,” which aims to pay tribute to the resiliency of the people in Albay. It is the latest addition to the celebrated festivals of the province of Albay.

A visit to Albay will not be complete without having a stopover at the famous Cagsawa ruins. The municipality of Daraga is devoted in keeping Cagsawa as the most visited place in the province. A matter of fact, the local government of Daraga will provide rehabilitation to the area that surrounds the ruins which were destroyed during the recent calamities.

Visitors from Manila who want to see the Cagsawa Ruins can take an air trip going to Albay (Legazpi airport) which is worth around 1, 500 php to 2, 000 php. One can also travel through bus bound to Legazpi which will last for around 11 to 12 hours travel time. The bus terminals are located near the Cultural Center of the Philippines at Araneta Center in Cubao.

Cagsawa from Legazpi City is approximately eight kilometres away. Tourist can take a jeepney going to Camalig or other third district towns and ask the driver to drop you off at the intersection of the highway and the road that leads to Cagsawa in Barangay Busay, Daraga. You can also see the large Cagsagwa signage on the right side of the road upon going there.