The Volcanoes of Camiguin

Billed as the “Island Born of Fire”, Camiguin is one of the top tourist destinations in the country and listed among the top 10 dive spots worldwide. The province has seven volcanoes and several volcanic domes which are due to the volcanic eruptions and land movements. 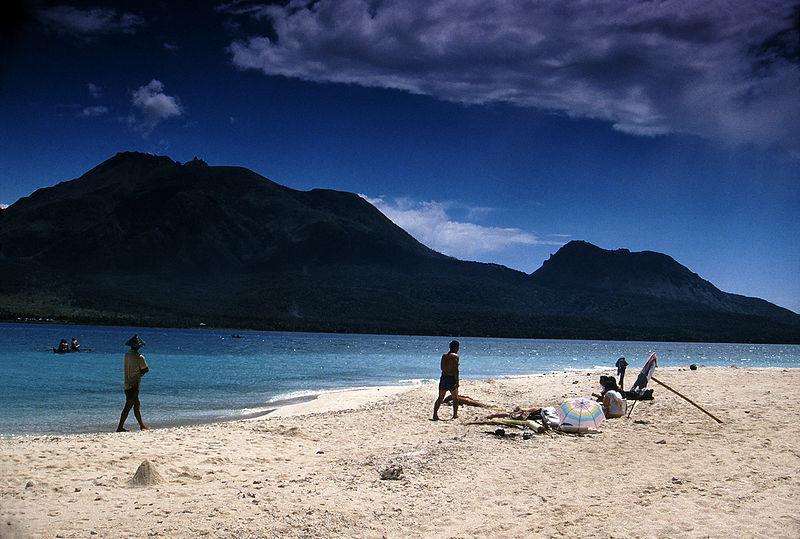 Billed as the “Island Born of Fire”, Camiguin is one of the top tourist destinations in the country and listed among the top 10 dive spots worldwide. The province has seven volcanoes and several volcanic domes which are due to the volcanic eruptions and land movements.

• Mount Hibok-Hibok, also known as Catarman Volcano, is a popular hiking destination in Camiguin Island. The trek from the mountain will require a permit from the DENR office in Mambajao. The usual jump-off is Ardent Hot Springs in Mambajao and normally takes 3–5 hours to reach the summit. Views from the summit include the nearby White Island, Bohol to the north, Eastern Mindanao to the east and the island of Siquijor to the west. The mossy crater of Camiguin's past eruption can also be seen.

• Mt. Vulcan, ironically known as the Old Volcano, is actually the youngest volcano in the island. It can be hiked by way of the Stations of the Cross or The Walkway in Bonbon, Catarman. On the trail, there are statues depicting the Roman Catholic Stations of the Cross which are the 14 events in the crucifixion of Jesus. As a parasitic cone of Hibok-Hibok, it is still considered part of volcano. Some of the other flank domes of the volcano are Carling Hill, Tres Marias Hills and Piyakong Hill.

• Mount Timpoong is the largest mountain in Camiguin composed of several domes the tallest of which is the Timpoong Peak and also the highest in Camiguin. The peak of Mambajao is the second tallest.  A lower central peak located between the two peaks. Some of the flank vents on Mt. Timpoong are Campana Hill and Minokol Hill.

• Mount Butay also known as Mount Uhay, is located between the towns of Mahinog and Guinsiliban.

• Mount Guisiliban is located in the town of Guinsiliban. The 1,872-foot (571 m) high mountain is the southernmost volcano and the first seen coming from the port of Balingoan in mainland Mindanao.

There are daily flights from Manila to Cagayan De Oro City's Lumbia Airport. From the airport, a jeepney ride will take you to Agora Bus Terminal, where there is a bus going to Balingoan, Misamis Oriental, a coastal town that serves as an entry point to Camiguin. It takes one hour to cross the port of Benoni, or 45 minutes to cross towards the port of Guinsiliban. From Cagayan De Oro, there is also a daily catamaran that plies the CDO-Camiguin route. The same ferry also travels daily from Camiguin to Tagblaran, Bohol and vise versa.