Uwan-uwanan Falls is located in Barangay Kawayan, Libagon, Southern Leyte. The gorge is a world-class adventure wonder. Going here is a mix of climbing, swimming, and trekking rolled into one. 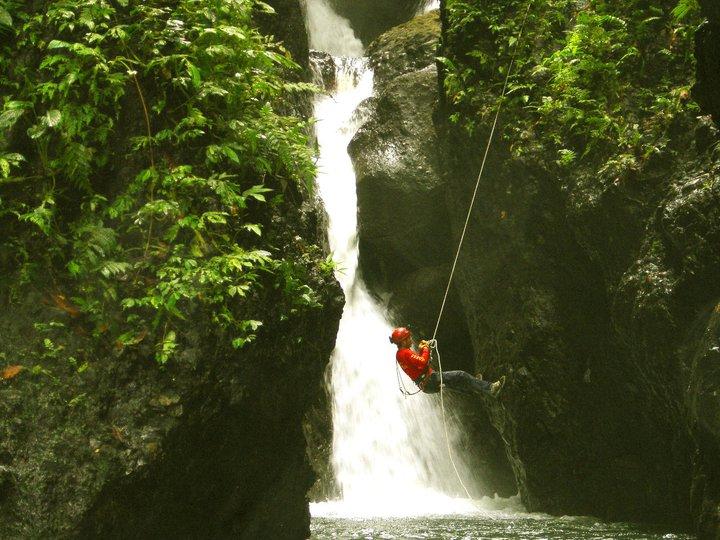 Uwan-uwanan Falls is located in Barangay Kawayan, Libagon, Southern Leyte. The gorge is a world-class adventure wonder. Going here is a mix of climbing, swimming, and trekking rolled into one. It will take a two-hour trek to the mountains, rappelling and climbing bamboo ladders within cascading falls before you reach the top.

Uwan-uwanan literally means "resembling a rainfall" because the two-hour track entails an enchanting encounter of an "uwan-uwanan". And at the top, photo enthusiasts are in for a marvelous treat. At exactly 12:00 noon when the sun is directly above the middle of the narrow opening at the gorge, the natural light is awe-inspiring as it dramatically illuminates the whole area resembling a magnificent altar in a cathedral or a place of worship.

From Manila, tourists can reach Southern Leyte by riding a plane via Tacloban. Local airlines from Manila have trips going to Tacloban - the gateway to Southern Leyte.  From Tacloban, take an FX van going to Hinunangan - one of the towns in Southern Leyte.

There are buses from Manila, particularly in Pasay or Cubao, that have direct trips to Hinunangan.