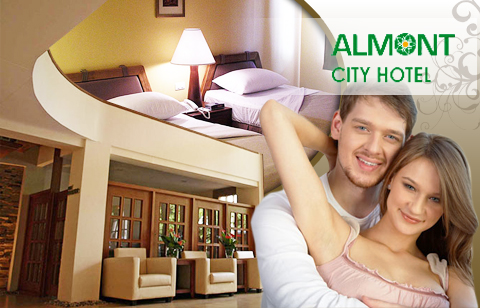 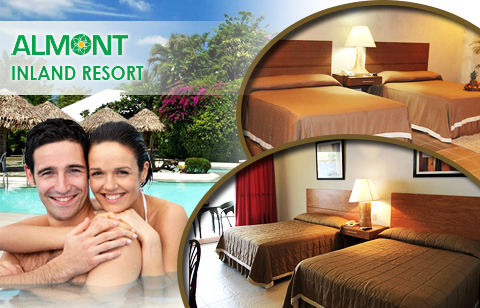 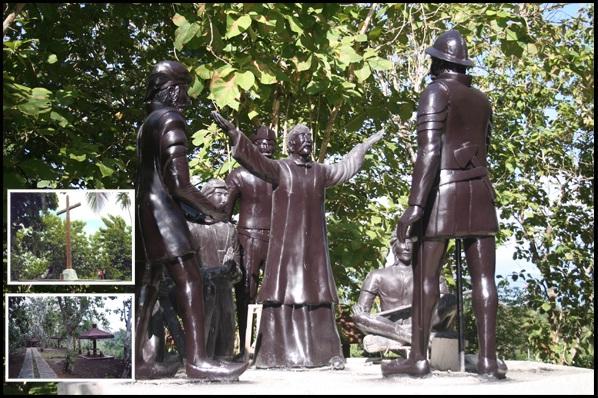 Butuan is situated in the northwestern part of the Caraga Region (Region 13). It is the seat of government of the region and serves as its trading center as well. The city’s strategic location makes it a natural gateway to the different prime destinations in the region. 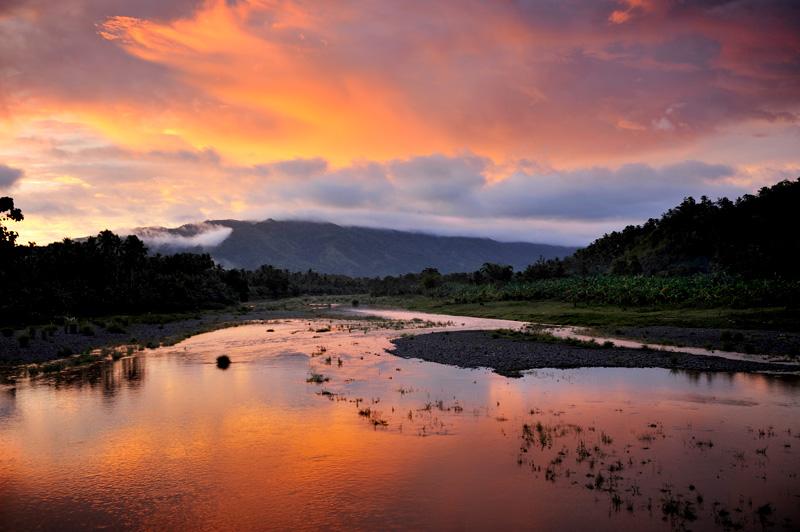 The City of Butuan is the regional center of Caraga, serving as an administrative region of the Philippines; it is a highly urbanized city. It is located at the northeastern part of Agusan Valley, Mindanao, sprawling across the Agusan River. It is bounded to the north, west and south by Agusan del Norte, to the east by Agusan del Sur and to the northwest by Butuan Bay.

The name "Butuan" is believed to have originated from the sour fruit, batuan. Other etymology sources say that it comes from a certain "Datu Buntuan", a chieftain who once ruled over Butuan.

Butuan city is popularly known for its colorful history and culture. Butuan’s history, culture, arts and people date back to the 4th century which made it an exciting source of cultural facts in Mindanao.

As doorway and regional center of Caraga, it is also the best destination for Meetings, Incentives, Conferences and Exhibits Center (MICE) of the region.

The city icon is the “Balangay” boat. It was excavated at Ambangan. Libertad, Butuan City. Other artifacts were also found on the same site. The Butuan boats or the balangays are similar to the contemporary Badjao/Sama Lauts lepa boat and barangay boat described in the 17th century A.D by the Spanish friar (Source: “Patterns of the Past: The Ethno Archeology of Butuan” by Ms. Cembrano.). Only in Butuan and no other locality in the Philippines or in Southeast Asia has there been such rare and extensive recovery of these maritime vessels and the cultural relics associated with an affluent, seafaring people in this part of the globe.

By the 10th century, Butuan had established trading relations with the Kingdom of Champa, in what is now southern Vietnam, and the Srivijaya empire of Sumatra.

By the 11th century, Butuan was a center of trade and commerce in the Philippines and was the location of the prehispanic Indianized Kingdom of Butuan. Archaeological finds from that era include the nine balanghai called "the Butuan boats," and the finds in Ambangan, Libertad near the old El Rio de Butuan and Masao River.

Controversy has been generated with regard to the holding of the first mass—whether it was held in Limasawa, Leyte in Masao, Butuan City, in the hidden isle made up of barangays Pinamanculan and Bancasi inside Butuan, in the latest discovered site in between Agusan sur and Surigao sur, the little barangay of Barobo, or elsewhere. It is sure, however, that Ferdinand Magellan did not drop anchor by the mouth of Agusan River in 1521 and hold mass to commemorate the event which was held at Mazaua, an island separate from 1521 Butuan which was in the geographical conception of Europeans who wrote about it was a larger entity than what it is now. Antonio Pigafetta who wrote an eyewitness account of Magellan's voyage described in text and in map a Butuan that stretched from today's Surigao up to the top edge of Zamboanga del Norte.

The first municipal election in Butuan took place on March 1902 in accordance with Public Law No. 82 which coincided with the American occupation of the place.

During the Japanese occupation of the Philippines in World War II, Butuan was razed to the ground when the guerrilla forces attacked the enemy garrison during the middle of 1943. In 1945, the Philippine Commonwealth troops in Butuan together with the recognized guerrillas attacked the Japanese forces during the Battle of Agusan. On October 20, 1948, still recovering from the war, the entire municipality was ruined by a fire.

The boom of the logging industry from the 1950s to the middle of 1970s made Butuan the "Timber City of the South" and led to an influx of business and fortune seekers from other provinces. The flourishing logging industry inspired and prompted Congressman Marcos M. Calo to file a bill converting Butuan into a city and on August 2, 1950, Butuan became a city.

Butuan was reclassified from a chartered city to a "highly urbanized city" on February 7, 1995.

Agusan River is the widest, deepest and longest navigable river in Mindanao. A cruise along the river barangays reveals much about Butuan's history, culture, arts, and people, and as a tribute to the Patroness of the Agusan River Senora Sta. Ana, the Abayan Festival was born – a day-long celebration of baroto races and fluvial procession at the Agusan River.

This is the newest museum in Butuan City. It is a proper museum, with a curator and actors. This museum states that this century, the 21st century, is the Asian century. The exhibit level shows the tools and weapons used in Asia before and after the time of Christ. Three Board rooms show history written.

The Balangays (or Balanghai) are ancient boats found in Butuan. They were excavated in the Balangay Shrine, across the Masao River from Bood Promontory. They played a major role in Butuan because Butuan was, and still is, a port city. Since its discovery, the Balangays are an icon of Butuan. Now, the Kaya ng Pinoy, Inc. recreated the Balangay boats and sailed it on their project, the Balangay Voyage. So far they have only sailed in Southeast Asia, though they are planning to sail around the world.

Five kilometers east of the city proper lays the graveyard of the Balangay 1 dated 320 A.D. or 1688 years old. The Balangay shrine museum is located at Balanghai, Libertad, Butuan City. This wooden plank-build and edge-pegged boats measured an average of 15 meters in length and 3 meters wide across the beam. To date, 9 Balangays have already been discovered in Ambangan, Libertad. Three have been excavated and others are still in site.

This museum is the repository of historical and cultural materials and artifacts that proves Butuan's prehistoric existence and rich cultural heritage. There are two exhibit galleries. The Archaeological Hall and Ethnological Hall specimens of stone crafts, metal crafts, woodcrafts, potteries, goldsmith, burial coffins, and other archaeological diggings are exhibited. At the Ethnological Hall are exhibits of contemporary cultural materials the Butuanon or every Filipino for matter used for a living.

Looming southwest of the Agusan Valley is this majestic mountain plateau. It rises to 2,214 feet (675 m) above sea level. Mount Mayapay got its name from the ancient Madjapahit Empire. The history behind the Sri-Vishaya period bears much meaning and influence of Butuan's pre-historic and archaeological discoveries.

Every year on March 31, the city celebrates MAZAUA DISCOVERY DAY to commemorate a historic milestone, the 1st Easter Mass on Philippines Soil celebrated by Ferdinand Magellan on March 31,1521. No matter what, Butuanon's proclaim with pride that such historic event took place in Butuan not in Limasawa.

This historic site is where Magellan and his men erected a cross and celebrated the 1st Mass on Philippine Soil on March 31, 1521. It is the highest elevation and promontory overlooking the whole of Butuan bay then. Today, the indigenous "Hadlayati Tree" still abound lording over a Clonal nursery and tree park, and the serpentine Masao River (El Rio de Butuan) amidst fishponds and archaeological treasures.

This site was one of the old poblacion of the city. The church built here in 1625 by the Recollect Friars was reduced into ashes in 1753 by Moro pirates. What remains of this church is its bell tower banyan (balete) tress. Now enveloped by as the most beautiful church in the region before its destruction. Today, it is the oldest ruin of a stone church in the entire island of Mindanao.

It is local wine made out of indigenous Nipa Palm that abound in Butuan. It goes through the process of fermentation from a crudely made vat only a native Butuanon can ingeniously produce. Laksoy is definitely one of the best tasting local wines in the Island.

Butuan can be reached by plane from Manila and Cebu in more than an hour and 30 minutes, respectively. It is also accessible through Surigao City by plane or by regular passenger boats from Manila & Cebu. From Surigao, take a 2 &1/2 hours bus ride or you can hire a van to Butuan.

There are also commercial boats that ply the Cebu/Manila-Nasipit route. Butuan is only 30 minutes away by bus or jeepney ride from Nasipit Seaport. 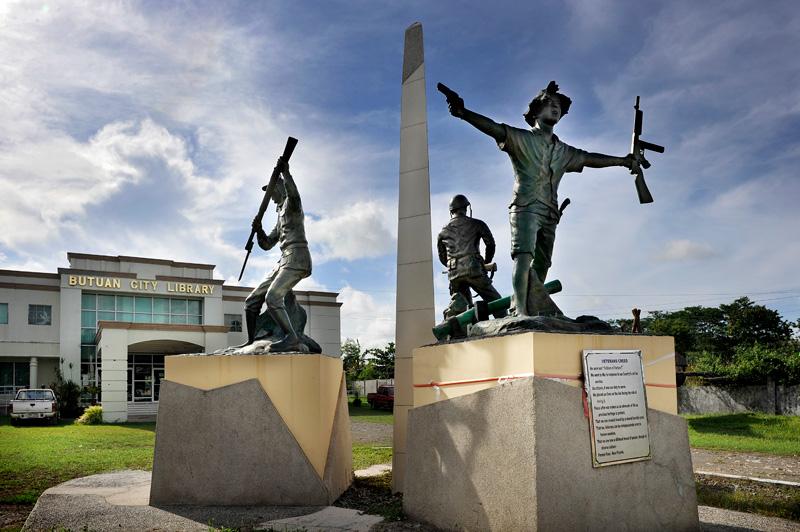