Tourist spots include Mt. Apo, Lake Sebu, cultural villages, old Mosques and shrines, hot springs and lakes. There are four feeder airports found in Lebak, Kalamansig, Tacurong City, all in Sultan Kudarat and Surallah, South Cotabato; one national airport which is found in Cotabato City and one international airport in General Santos.

Adventurous travelers probably wish to conquer vast mountain wilderness or explore the many forests, caves and wildlife reserves. The region's many hectares of rubber, palm, citrus, pineapple, and lanzones farms are filled with nature's freshest harvests.

The artistry of the different ethnic tribes lends richness to local colors. Each tribe has one art in common, the weaving of versatile tubular cloth called malong and other hand-woven products, found among the Maguindanaons and T'bolis. Visitors will find unique souvenir items among their many handicraft, brassware, beadwork, t'nalak cloth and hand- woven products. Tribal festivals, tours and visits to ethnic villages provide insight into the everyday lives of these cultural minorities.

The region has extensive coastlines, valleys and mountain ranges. Known for its river system, the region is the catch basin of Mindanao. The system is a rich source of food, potable water and energy production. Cotabato contains the Rio Grande de Mindanao, which is the longest river in Mindanao and the second longest in the Philippines.

Region XII was previously called Central Mindanao and originally included the provinces of Lanao del Norte, Lanao del Sur, Cotabato, Sultan Kudarat, and Maguindanao. The creation of the Autonomous Region in Muslim Mindanao in 1990 left Central Mindanao with only Lanao del Norte, Sultan Kudarat, and Cotabato. Then, on September 19, 2001, President Gloria Macapagal-Arroyo's Executive Order No. 36 reorganized the regions and provinces in Mindanao. This moved changed Region XII into the present SOCCSKSARGEN.

A pair of agungs is one of the instruments found in the kulintang ensemble, and Region XII is home to a fascinating culture that revolves around kulintang music, a specific type of gong music found among both Muslim groups (such as the Maguindanao) and non-Muslim groups (such as the Tiruray) of the Southern Philippines. Kulintang music functions as a main community unifier, where all of the community can come to engage in events such as weddings, birthday celebrations and festivals, to dignitary engagements and pilgrimages to and from Mecca. At home, such music unifies and solidifies family ties as family members take to playing after dinner. Kulintang music also plays a vital role as the accompaniment to healing dances, as long-distance communication between members (They have the ability to use the gandingan, also known as the talking gongs, to communicate from far away before the invention of the telephone), and a social conduit for young people (interaction between opposite sexes were not allowed except though such instruments).

Kulintang ensembles among those of the Southern Philippines are usually composed of five pieces of instrumentation. Among the Maguindanao, this would include: the kulintang (strung out horizontally on a stand, serving as the main melody instrument of the ensemble), the agung (the largest gongs of the ensemble providing much of the lower beats, either coming in a pair of two or just one alone), the gandingan (four large vertical gongs aligned front to back, used as a secondary melodic instrument), the dabakan (an hour-glass shaped drum covered in goat/lizard skin) and the babendil (a singular gong used as the timekeeper of the entire ensemble).

The most significant development in the political history of Mindanao was the organization of six politico-military districts in Mindanao in 1860. The central district embracing Cotabato included Polloc, Illana Bay as far as the Western coast of Zamboanga at point Murcielagos and the Southern extremity of Mindanao down to point Glan. The capital of the government was Cotabato City until 1872 when the city was destroyed by a strong earthquake, after which the capital was Zamboanga City.

The Central Mindanao region was created on July 7, 1975 under Presidential Decree No. 742. Under this decree, Central Mindanao was composed of the provinces of Cotabato, Sultan Kudarat, Lanao del Norte, Lanao del Sur and Maguindanao and the cities of Iligan, Cotabato and Marawi. The extent of regionalization was further seen in the establishment of Autonomous Region and Western Mindanaao (Regions XII and IX) by virtue of Presidential Decree No. 1618.

On August 1, 1989, Republic Act 6734 was signed into law, which provided for the creation of the Autonomous Region in Muslim Mindanao (ARMM). The former Regional Autonomous Government of Central Mindanao has therefore been reverted to an administrative region in 1990. Executive Order 429 was also issued on 12 October 1990, which provided for the reorganization of administrative regions in Mindanao and, in the case of Region XII, mandated the transfer of regional offices from Cotabato City to Koronadal City.

On February 23, 1995, Republic Act 7901 'An act Creating Region XIII to be known as the Caraga Administrative Region, and for other Purpose' was enacted. Section 3 of the said law provided for the transfer of Sultan Kudarat to Region XI following Surigao del Sur's transfer from Region XI to the Caraga Region.

Pursuant to the provisions of the Final Peace Agreement signed between the Government of the Philippines and the Moro National Liberation Front (MNLF) on September 6, 1996, Executive Order No.371 was issued by his Excellency Fidel V. Ramos on October 2, 1996. EO 371 established a Special Zone and Development (SZOPAD) in the southern Philippines, which encompassed five regions , including Region XII.

At the local scene, the municipality of Kidapawan became a city with the enactment of Republic Act 8500 on March 21, 1998. In the same year, the Province of Sultan Kudarat was reverted to Region XII by virtue of Republic Act 8744, An Act Repealing Section 3 of RA 7901 and to Return the Province of Sultan Kudarat to Region XII and other Purposes, which lapsed into law on December 18, pursuant to Article VI, Section 27 (1) of the constitution.

On August 14, 2001, a plebiscite was conducted in the ZSOPAD to determine the areas that shall comprise the ARMM, pursuant to RA 9054. The cities of Marawi in Region XII and Isabela in Region IX joined the ARMM. As a result administrative measure following the reconfiguration of ARMM, President Gloria Macapagal Arroyo issued Executive Order No. 36, dated September 19, 2001, which realigned the regions in Mindanao. The province of Lanao del Norte and Iligan City of Region XII were transferred to Region X. The provinces of South Cotabato, Saranggani, and the cities of Koronadal and General Santos of Region XI became part of Region XII. Thus, per EO No. 36, Region XII is now composed of the provinces of Sultan Kudarat, Saranggani, South Cotabato and Cotabato Province and the cities of General Santos, Cotabato, Kidapawan, Koronadal, and Tacurong.

The Region has a total land area of 20,566.26 sq. km, 20 percent of the total Mindanao land area of 101,587 sq. km. Along the coasts are lowland areas covered with mangroves and beaches. A chain of inactive volcanoes and low hills occupy the interior. The region belongs to the fourth climatic pattern which is characterized by having an event distribution of rainfall throughout the year. It is seldom visited by typhoons. 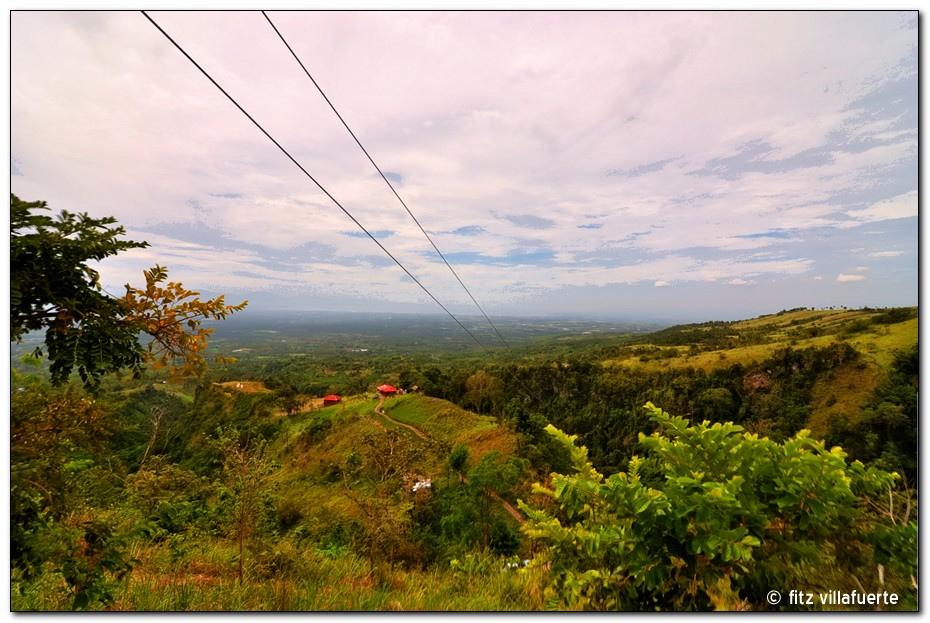 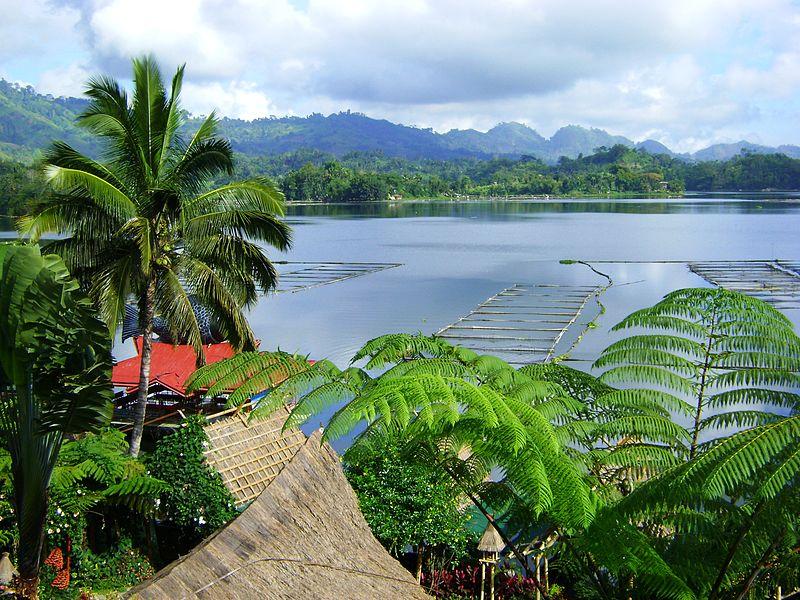 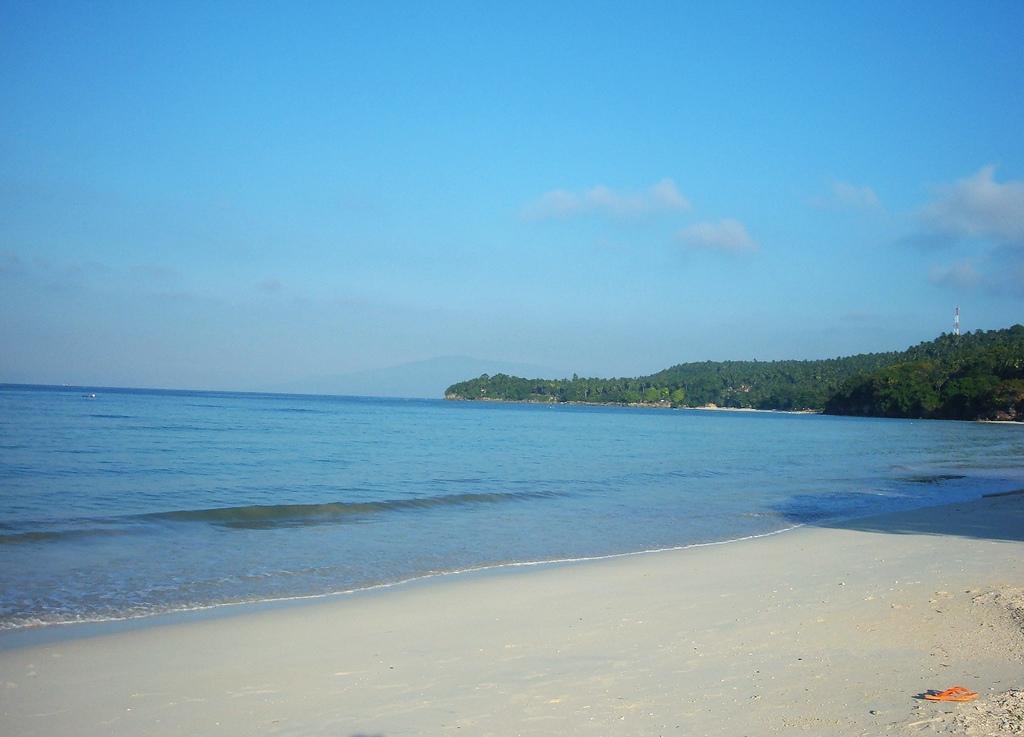