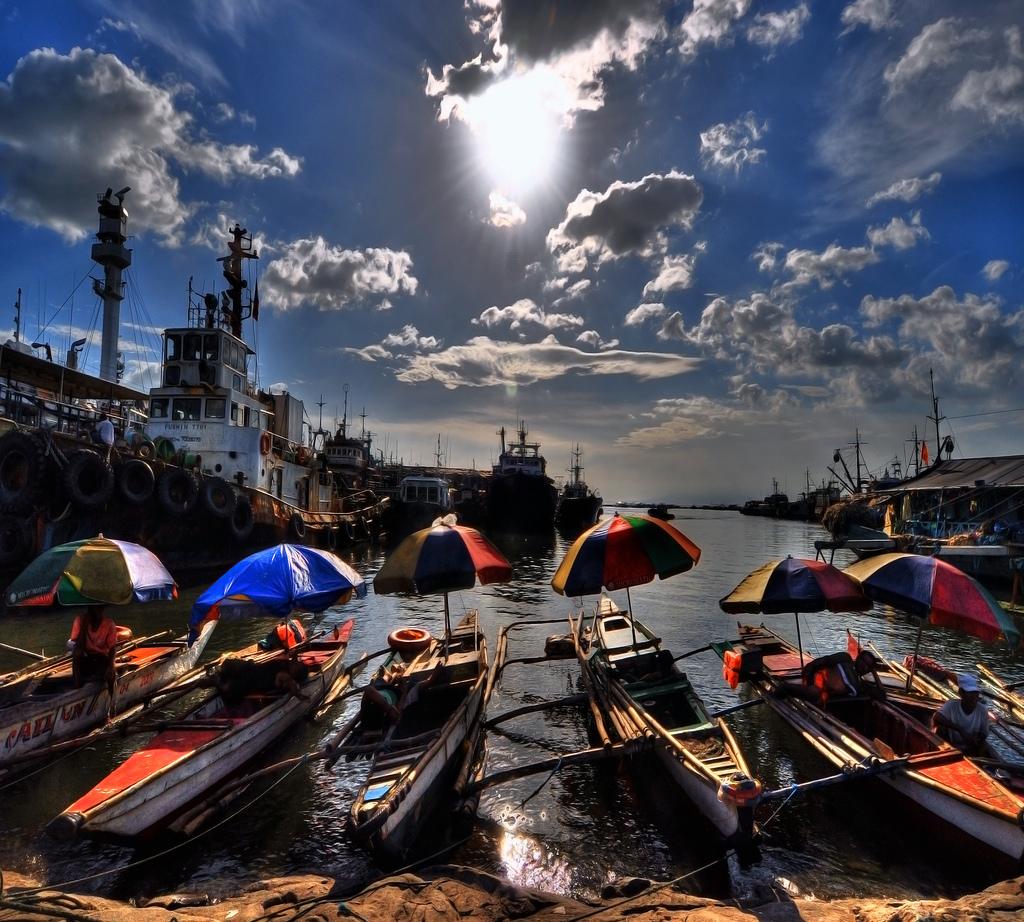 The City of Navotas is a 1st class city in Metro Manila, Philippines. The city occupies a narrow strip of land along the eastern shores of Manila Bay. Navotas is directly north of Manila, west of Malabon City, and south of Obando, Bulacan.

Dubbed as the "Fishing Capital of the Philippines," Navotas is considered to be a very important fishing community, with 70% of its population deriving their livelihood directly or indirectly from fishing and its related industries like fish trading, fish net mending, and fish producing, having marginal percentage of inter-island fish producers. Navotas occupies a portion of Metropolitan Manila bound in the west with shoreline of Manila Bay, which is a strategic coastal front and suitable for all kinds of vessels.

Navotas is part of the informal subregion of Metro Manila called CAMANAVA. This subregion, aside from Navotas, includes the cities of Caloocan, Malabon, and Valenzuela. Navotas is perceived to be prone to flood especially during the rainy season and during high tide, but the national and local government are trying to alleviate the problem. Pollution and overpopulation are other problems that the government is trying to solve. Navotas is famous for fish sauce and shrimp paste (patis and bagoong in Tagalog, respectively).

Navotas celebrates its foundation day every January 16 and it became a city after a plebiscite was held on June 24, 2007.

Navotas is a coastal town in the northwest part of Metro Manila. It is a narrow strip of land with an aggregated shoreline of approximately 4.5 km. In the north, Navotas shares a common border with the town of Obando, Bulacan, along Sukol Creek. Along the eastern border runs the Binuangan River, the Daang Cawayan River, the Dampalit River, the Batasan River, the Navotas River, the Bangculasi Channel, the Malabon Channel and the Estero de Maypajo.

It is bordered on the north by Obando, Bulacan along Sukol Creek; on the south by the city of Manila; on the east by Daang Binuangan River, Bangkulasi Channel, Malabon Channel and Estero de Maypajo; and on the west by Manila Bay.

The entire region of Navotas was once part of Malabon. According to one legend, the long and narrow delta extended unbroken from north to south along the seashore. The strip of land between the former district of Tondo, Manila and this town was eaten away by the sea until an opening was made. Water began to flow through the opening. The geographical change prompted the people to refer to the place as "butas", "nayon ng butas," or "nabutas," a Tagalog word that means breached or pierced through. What began as a natural channel developed into a regular waterway, now known as the Navotas River. In later years, the place came to be known as "Nabotas," then "Navotas."

It was also known as hacienda de Navotas; it was once owned by the Dominican friars until it was sold to the Pascual family during the early days of the American regime and developed into a residential estate.

San Jose de Navotas was the name given to the locality after its patron saint, Saint Joseph. On June 11, 1859, a "Superior Decreto" established a new parish and municipality under the supervision of Friar Matias Navoa. The populace was divided into two distinct groups, the naturales (locals) and the mestizos. Mariano Estrellas was the gobernadorcillo (petty governor) of the naturales and Mariano Israel, of the mestizos. Today, because records are incomplete, recognition is only given to the gobernadorcillos for the mestizos. A school in honor of San Jose was built and known as "San Jose Academy."

Manila Bay provides Navotas with a bountiful source of fish and other marine products, which constitute the basic diet of the town's residents. Navotas, home to low marginal fisherman, and big time trawlers, own the most modern sophisticated fishing boats dominating the fishing ground of the country today. Marketing of the catch is done in a modern market complex known as Navotas Fishery Port, premiere fish center of the Philippines with an area of 47.5 hectares and one of the largest in Asia under the supervision of PFDA (Philippine Fisheries Development Authority). It is a traditional landing place of commercial fishing boats operating in various fishing grounds in the Philippines situated on a 47.5-hectare reclaimed land at the Northeastern section of Manila Bay. Within the complex is a thriving fishing industry, supplying fish to major markets of Metro Manila. Thousands of buyers visit the port daily where an estimated 20 commercial fishing vessels call port and unload a total volume of about 800 tons. Overland vehicles from different provinces also bring in addition another volume of 50 tons. Outside the complex is a business center with banks, markets, restaurants, and recreational facilities.

Though Navotas is not gifted with vast areas of land filled with attractions, it is home to almost all vessels in the archipelago with its many dry docking facilities along the riverside which can accommodate any type of vessel from fishing boats, passenger vessels, cargo vessels, towing vessels to barges. Dry docking facilities available are as follows:

Raid Type Dry Docking - Uses a rail and cable pulled by machine to get the vessel off the water.

Belt Type Docking - Uses a large 4-wheeled boom with belts of hard materials which are lowered to the water and shipped to the bull of the vessel to easily carry and place it to any part of the shipyard.

Soon to be the Shrine of St. Joseph in the Diocese of Navotas, the parish church is the oldest in the municipality, established in 1838-1862.

Jeepneys also ply around but it has an own respective fixed routes.