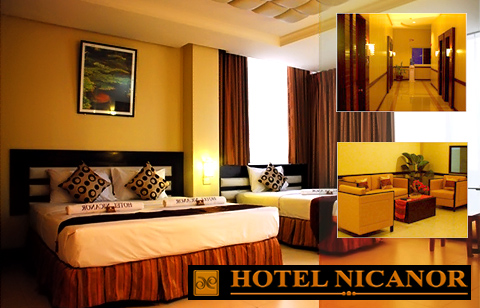 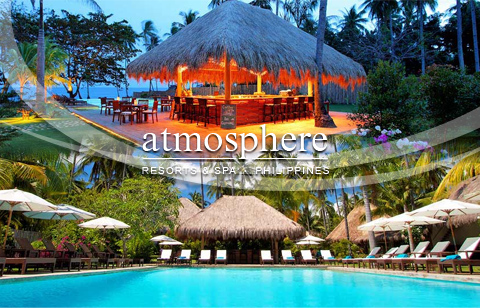 Negros Occidental is one of the beautiful province of the Philippines located in the Western Visayas region. It is hailed as the “Sugar Capital of the Philippines” because the province produces more than half the nation's sugar production. Its capital city is Bacolod where large sugar plantations are located. Sugar is a major source of industry in the province that is still existing up to now. Other lucrative trades are handicrafts, prawn cultures, and flowers that are all for export.

Bacolod is a highly-developed city that mixes the multinational and rural way of life. It occupies the northwestern half of Negros Island; Negros Oriental is at the southeastern half. Across the Panay Gulf and the Guimaras Strait to the northwest is the island-province of Guimaras and the province of Iloilo on Panay island. Bacolod is also a favorite gateway in the province that is renowned as the land of genteel people.

Negros Occidental is endowed with stunning natural scenery, unspoiled waterfalls, mountains with lush vegetation, white sand beaches, and clean springs. Aside from that, Negros Occidental is also well known for its cuisine. The delicious taste of different dishes is one of the prides of the province that ranks to the best among the best food in the Philippines.

Come and experience the joy of nature’s blessings in the province. Enjoy the different kinds of activities that can be done in the area like hiking, fishing, camping, scuba diving, swimming, snorkeling, bird watching, mountain biking, and trekking.

22 kms. and 15 kms. from Bacolod City, respectively; commemorate the spots where local revolutionaries fought against the Spanish authorities during the Negros revolution of 1898 and the American forces later.

22 kms. and 6 kms. from Bacolod City, respectively; in memory of two great leaders of the Negros revolution.

7 kms. from Bacolod City constructed in the early part of the 1900's where the remains of Fr. Fernando Cuenca and Gen Aniceto Lacson are being kept.

15 kms. from Bacolod City; home to a collection of rare art pieces, antiques and paintings done by Luna, Rizal and Hidalgo; the venue of the first wooden printing in Negros.

42 kms. from Bacolod City where the Circulo de Agriculture, a planters organization formed to undertake an anti-locust campaign.

Hacienda Rosalia is the  ancestral home of one of the sons of Yves Leopold Germain Gaston, Jose Gaston and wife Consuelo Ascona. Yves Germain was a Frenchman who settled in Negros Occidental and was instrumental in modernizing the sugar industry by bringing in “horno economico”.

Imposing structure of Romanesque neo-classical architectural design, the official seat of government of the Province of Negros Occidental; served as the headquarters of the Japanese Imperial Army during World War II.

15 kms. from Bacolod City; a typical example of a "sugar baron's mansion"; converted into a museum and known today as the "Balay Negrense".

83 kms. from Bacolod City; served as a garrison when the town became the capital of Negros in 1795.

15 kms. from Bacolod City; Basilica type of architectural work constructed in the 1920's.

Known among locomotive enthusiasts as the "Steam Paradise of the Philippines". Seven of the fifteen sugar centrals in the province maintain these machines in good working condition. Each milling season, one may occasionally encounter one of these "dragons" creeping along the cane fields like a mechanical caterpillar dragging along a host of cane field cars.

One of the mountains found in the north-central portion of the island of Negros. It is the highest peak in Central Philippines, the most dominant and attractive feature of which is the active summit crater of a volcano.

30 kms. from Bacolod City ; gateway to the Mt. Kanlaon National Park; built as a spa in 1927; situated at an altitude of roughly 2,000 ft. above sea level at the northwestern foot of Mt. Kanlaon.

36 kms. from Bacolod City;a destination for nature enthusiasts; at the western foot of Mt. Kanlaon at an elevation of 700 meters above the plains of the Sugarland.

45 kms. from Bacolod City; located 400meters above sea level between the highlands of Mt. Silay and Mt. Marapara; home of the Philippines spotted deer; the highlight of the visit is a skyline ride.

101 kms. from Bacolod City; immense sand bar islet jutting out of the sea and measuring about 2 hectares in area.

202 kms. from Bacolod City; a system of cave passages situated at the coastline of Sitio Ubong. Ideal for "spelunker-to-be".

Highest cave found in the eastern part of Bgy.Magballo.

Named so because of the natural formation of stairs made of stone in the cave leading to the water under it.

Negros Occidental can be reached through its capital, the highly urbanized City of Bacolod, which is 55 minutes from Manila and 30 minutes from Cebu by air. By sea, it is an 18-hour cruise from Manila and one hour aboard sea crafts from Iloilo. By land-and-sea travel, it is seven hours from Cebu. From Dumaguete City in Negros Oriental, Bacolod is 5 hours away via Mabinay in the south, and via San Carlos City in the north: 6 hours via the coastal road and 5 hours via the Translink highway in Don Salvador Benedicto.

Big and medium-sized buses, both aircon and non-aircon, ply the northern and southern parts of the province, with terminals in Bacolod. Car rental services are available for travel to any point of the island. Air-conditioned, metered taxis are numerous in Bacolod, but the jeepney is still the most common means of transport among the towns and cities.