The City of Roxas

The city is popularly known as the Seafood Capital of the Country. It cultivates various kinds of fresh and high-quality seafood that are distributed to some parts of the country. First on the list are the diwal (angel’s wing), talaba, scallops, and tahong. 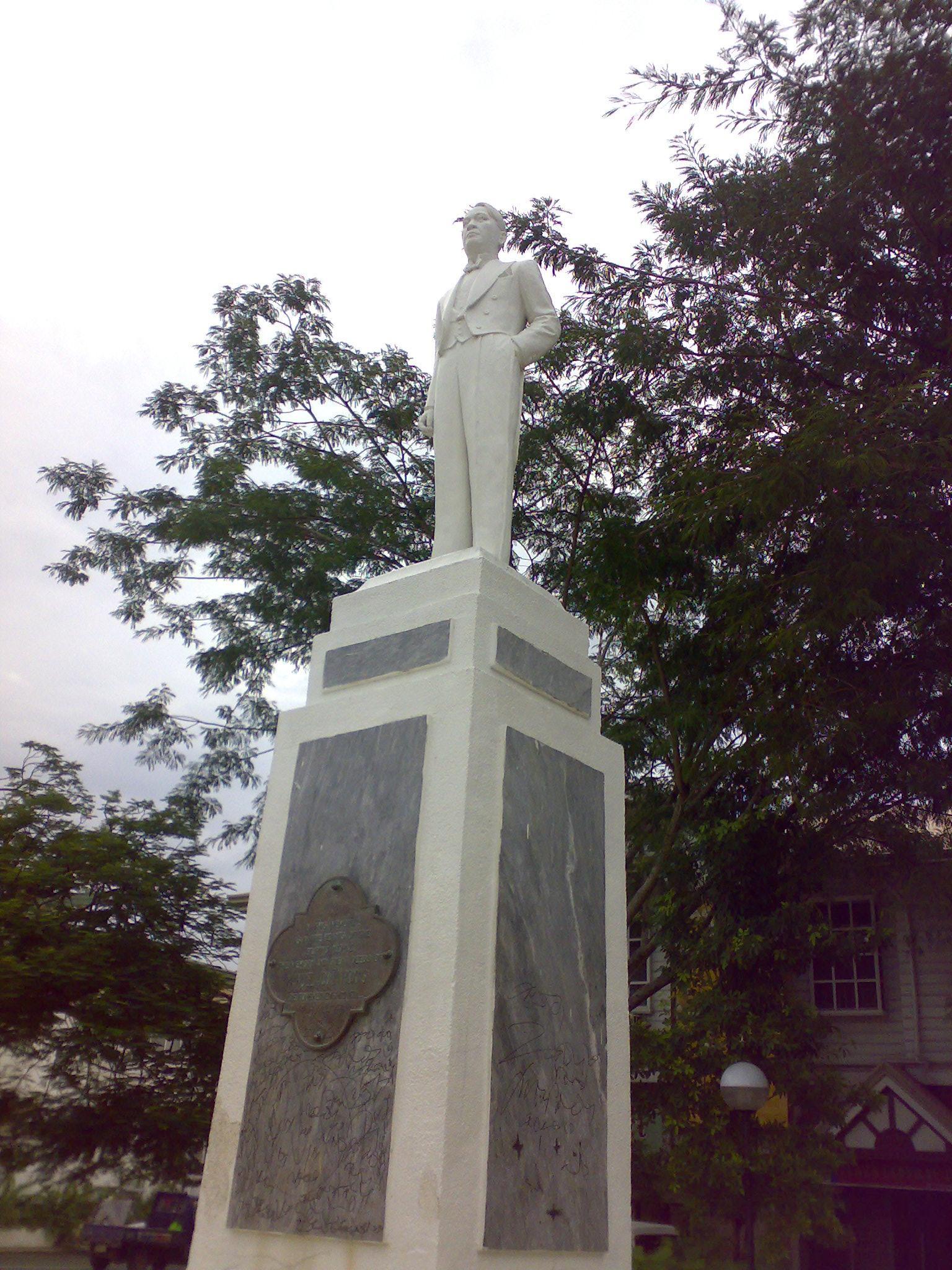 Roxas City is the capital of Capiz. The city was named Roxas City to honor the prominent son of the town and late president Manuel Roxas. He was the first president of the third independent Republic of the Philippines. He served as president from the granting of independence in 1946 until his abrupt death in 1948. His term for being the president of the country was the third shortest with only 1 year, 10 months and 18 days.

The city is popularly known as the Seafood Capital of the Country. It cultivates various kinds of fresh and high-quality seafood that are distributed to some parts of the country. First on the list are the diwal (angel’s wing), talaba, scallops, and tahong.

Roxas Residence or the Birthplace of Manuel Roxas is located along Zamora St., near the city plaza and the post office. It is a two-storey hardwood and stone house. Renovation of the house, including storage of all personal belongings of the later president of the Philippine Republic, had been proposed by the city’s cultural research foundation. It was allowed by the government in 1949 and the house is now a national shrine containing the memorabilia of the Roxas Family.

The Provincial Capitol is also located in the city, in the front of the plaza. The capitol was built in 1915. It was designed by the American architect William Parsons. It has a “California Style” inspired by the California missions. Although elements of classical architecture are evident in the central portal, plus the generous use of Roman arches for windows, the capitol lacks the temple-like look of neoclassical capitols and municipal halls. The style has an overhanging pitched roof supported by protruding carved corbels. Capiz window shutters give the building an informal and domestic air, rather than a solemn or hieratic ambiance. All told, the style is a modern and simplified interpretation of Spanish-Filipino architecture of the 19th century. The building is integrated into a trapezoidal lot and takes full advantage of the limited space. The foyer of the capitol leads to a graceful flight of stairs leading to the upper stories. A light well illumines the capitol’s interior.

In the front of the Capitol building, you can see a huge statue of Jose Rizal standing at the plaza. The center of the city is really busy and the streets are filled with vehicles.

Immaculate Conception Cathedral is considered as one of the most beautiful in the country and one of the oldest churches in Panay Island. The cathedral is a witness to the rich history and vibrant past of the province. It witnessed the events that have unfolded in the city over the past centuries. Even though it was destroyed and damaged by typhoon, earthquakes, and wars several times, it was still rebuilt and repaired because it is a structure that symbolizes the resilence and perseverance of the Filipino people amidst calamities and disasters.

A Spanish-Era Watchtower was built in the year 1814. It is located at the junction of the road to Culasi near the airport. 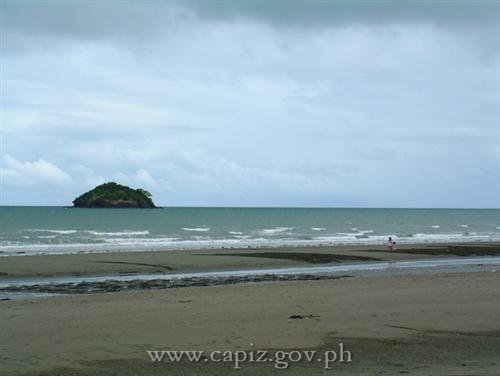 One of the best places that can be seen in the province is the Baybay Beach. It is not a white sand beach, but many tourists visit this place because of the seafood. An array of crustaceans like scallops, oysters, tahong, and Angel’s wing is the people's favorite. Tuna and blue marlin are also served here.

The clean gray sand is admired by the people because it is the best place to hang out with friends and get together with your family. The place is popular for skim boarding. When the sun starts to go down, local Capizeños and other tourists go out with their skim boards and do their own tricks and maneuvers. Aside from skim boarding, the place is also ideal for fishing, waterskiing, and motorboating.

Bontod Beach has fine black sand. It is 3 km long and one of the cleanest beaches in the province. It is bordered on one side by Napti Island and the mountain of Pilar on the other side. The water is cool and clear. You can also go swimming and sunbathing. 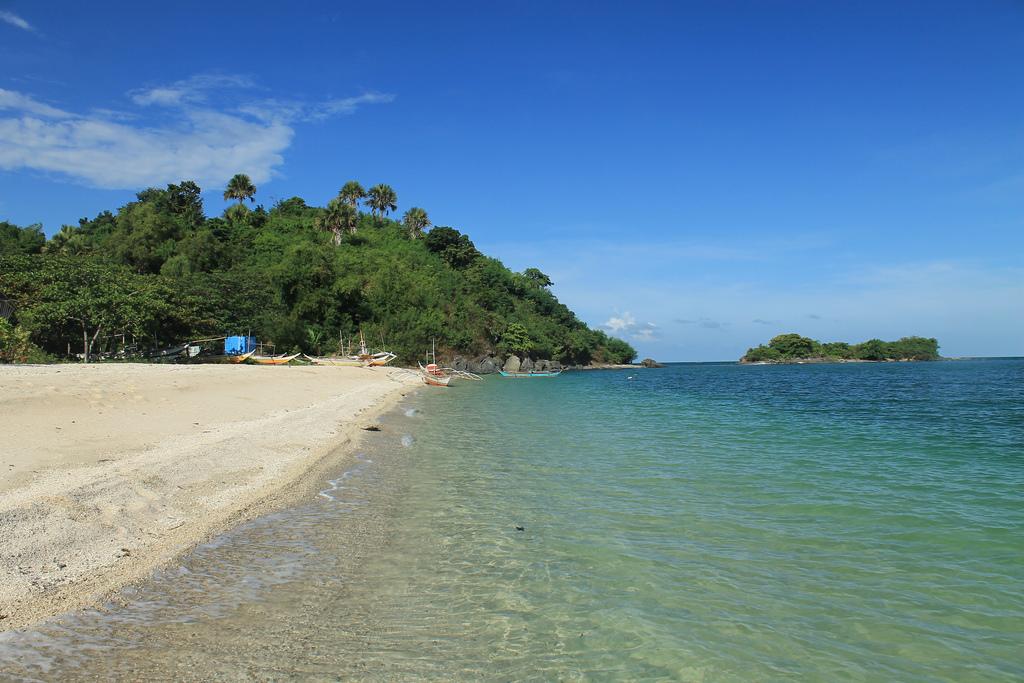 Olotayan Island is also called “Little Boracay”. The beach has a fine white sand beach with crushed shells and offshore coral reefs. It is an ideal site scuba diving, sailing, and jetskiing.