The Splendid Province of Samar 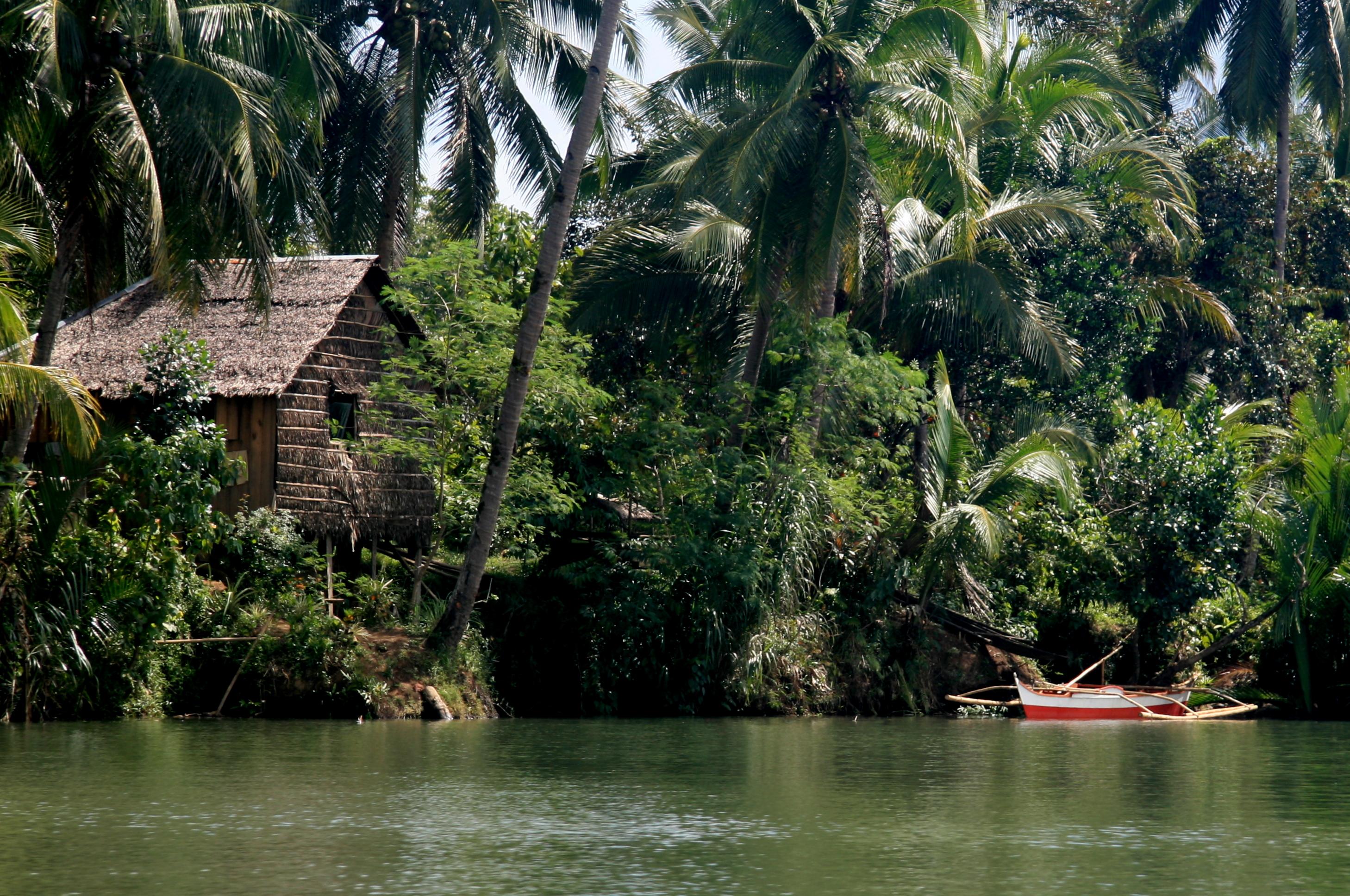 Samar, formerly and also known as Western Samar, is a province in the Philippines located in the Eastern Visayas region. Its capital is Catbalogan City and covers the western portion of Samar Island as well as several islands in the Samar Sea located to the west of the mainland. Catbalogan City and Calbayog City, two of the three cities on Samar Island, are located in the province of Samar. The province is bordered by Northern Samar and Eastern Samar. Samar is connected to the island and province of Leyte via the San Juanico Bridge, which spans the San Juanico Strait, the narrowest strait in the country. To the south is the Leyte Gulf.

The province of Samar is a rugged land with bountiful waters on the west and low mountain ranges on the east. Caught between mountain and sea, Samar is no stranger to rain, which it experiences in varying degrees for the most part of the year.

Samar is blessed with a lush rainforest harboring tropical flora and fauna, crossed by multiple navigable rivers, and pocked by mysterious caverns and refreshing waterfalls. A tourist wanting something out of the ordinary may experience all these wonders of nature and still only be a few hours from civilization.

Description: Its large entrance leads one to a natural tunnel with uneven ceiling, some portions touching one’s head giving the adventurer an eerie trip through dark, cool interior.

Description: A natural spoon-like formation which inclines more or less by about 45 degrees and stretching 50 meters long. Water flows along this giant cistern and from the top, one can slide through the mossy lane to the cool inviting pool below.

Location: From Brgy. San Joaquin of Calbayog City, it is a 1-hour and 15-minute ride to Barangay Tinaplacan plus 45-minute walk to the vicinity of the falls.

Description: Among the family of waterfalls of Calbayog City, Bangon, Bugtong Falls is one of the most majestic and spectacular spots that is worth visiting. As one ascends the stream, he will be amazed to see a circular pond of about 30 meters in diameter, wide enough for swimming and deep enough for diving. The cascading water seems to come from streams flowing endlessly resulting from the pressure of its disgorge which becomes even bigger in volume and noticeable as the time of the day passes. Bugtong Falls is not only a tourist spot but also a potential source of power for Calbayog City and its neighboring localities.

Description: A beautiful and scenic waterfall. This wonderful creation of nature is a favorite picnic site of local residents and their source of potable water.

Location: At Danao I some 14 kms. toward the western coast of Calbayog City.

Description: Made up of seven chambers inhabited by various species of snakes and bats as evidenced by a good deposit of guano. The cave serves as an initiating place for those who want to acquire talisman.

Description: Opened on April 11, 1970, it is the first and only museum in Samar island. A collection of archeological artifacts including burial jars and covers, log coffin, jarlets, cups, howls, saucers and dishes dating back to the 14th Century; coins, heirlooms, old household items, religious items such as saints, altar, chalices and monstrance.

Description: More than a beauty spot, this falls is the primary source of water for its residents. At places where the cataract is so high, the water falling into the pool below becomes a mere mist.

Location: At the municipality of Talalora, approximately 75 kilometers from Catbalogan, Samar; plus a one and a half hour motorboat ride.

Description: A large cave full of stalactites and stalagmites and artifacts of the pre- historic era.

Location: Basey Samar, about 45 minutes away from Tacloban City by land transportation; plus a 2-hour pumpboat ride to the cave.

Description: Sohoton Natural Bridge National Park showcases the grandeur of natural resources of Samar Island and of Region 8. It is internationally known for its natural beauty expressed in its caves, subterranean rivers, waterfalls and unique limestone formations. It is an idyllic place for recreation. It was established as a national park on July 19, 1935 by virtue of Proclamation No. 831 primarily to preserve its geological features and natural wonders.

Three navigable rivers traverse the park: Basey, Sohoton, and Bugasan Rivers. Cabungaan Waterfalls, on the northeastern portion of the park, serves as a natural siphon for Sohoton River.

The whole area has the typical appearance of karst formations with an intriguing variety of deep shafts and sinkhole caves, rock-shelters, underground rivers and bizarre weather-sculpted rock formations. All the caves are situated in towering and very rugged limestone cliffs which line the river, creating a magnificent scenery.

Traces of early habitation dating as far back as the Iron Age and Stone Age have been found in the different caves. These caves are also believed to have been used as burial sites for the natives and mecca for medicine men who hunt and prepare their potions. The caves were also used as hideouts of Filipino ‘Insurrectos’ during the Spanish-American War.

Adding to its enchanting beauty and geological wonders, the park is endowed with a rich stock of forest vegetation which serves as home to varied forms of endemic, rare and endangered Philippine fauna. Mammals and reptiles abound in the park, freshwater fish, crabs and shrimps.

A magnificent stone bridge, from which the park got its name, connecting two mountain ridges, underneath flows the Sohoton River. An exciting adventure inside caves with unique, exquisite limestone formations.

Location: Calbiga, Samar, 52 kms. from Tacloban City; the cave is 6 kilometers away from the townproper, accessible by land transport and by foot.

Description: The Philippines' biggest karst formations and one of the largest in Asia, the 2,968-hectare cave system is composed of 12 caves with wide underground spaces, unique rock formations and sub-terranean watercourse. The surface area of Calbiga Caves has a "mid-mountain" forest which is the habitat of some threatened wild species like bats, cave crickets, eyeless shell fishes.

It was first scientifically explored in 1987 by an eight- man team of Italian speleologists who believed there are still several hundreds of kilometers of galleries waiting to be explored. The karst has an estimated total surface area of 900 sg. km. The main cave, Langun, has a chamber that could easily fit in three football fields. The two other big caves are Gobingob and Bitong Mahangin.

Location: Brgy. Maguino-o, Tinambacan District, Calbayog City. It is separated from the mainland by the Silangan Channel.

Description: A potential diving deep, about 40 to 50 meters from the water surface and measures less than a hectare in area. The islet is surrounded with aquifer equally and uniformly spread at the peripheral limits of the islet with white sand and pebbles. Beneath the deep waters are sea corals of multifarious variety, rare white pebbles spread all over the floors, 20 types of shells and ornamental types of aqua-marine species which can be explored by the diver for as long as one is in his spectacular underwater gears.

Description: A favorite bathing resort of SamareÃ±os. The ruins of Bangahon in Gandara is a historical landmark as it was once a town during the revolutionary days. It was abandoned by the old residents who later found the present town of Gandara.

Attractions: Grayish sand, blue waters, swaying palm trees, towering rocks and three balconied cottages give this spot a South Sea Island appeal. Magnificent view of sunset behind nearby islands. Made famous by the visits of VIPs, movie stars and diplomats.

Description: An old Catholic Church built during the Spanish era. It features a watchtower and old images of saints painted on the ceiling.

Location: A 45-minute ride to Barangay San Joaquin, Tinambacan District from Calbayog City proper and a 25-minute hike onward to the falls. It is separated away from the mainland by the Silangan Channel.

Description: A series of towering altars of rugged stones where between its depressions flow ribbon-like cool water that cleansed the hair of a legendary lady. A source of potable water for local folks.

Location: A 45-minute drive from Calbayog City proper to Sigo plus 30-minute hike to Ton-ok falls.

Description: A scenic waterfall hidden in a lush tropical vegetation. Nature has placed it out of easy reach to preserve its beauty. A source of hydroelectric power.

Location: On top of Dagum Hills, just a 5-minute drive from Calbayog City passing along a 300-hundred meter zigzag road.

Attraction: A seminary offering specialized philosophy degree for priesthood. Fronting the seminary is a huge replica of Our Lady of Fatima carved similarly to the one in Italy. Refreshing, cool mountain breeze, scenic view of Calbayog City and Samar Sea.

Location: Beautifully situated at the heart of Calbayog City along the river.

Description: Site of social, political, cultural and sports activities. The Rizal monument, a fountain and amphitheater are its focal features.

Location: The Cathedral occupies one whole block in the heart of Calbayog City.

Location: Behind the Holy Infant Parish Church of Oquendo, a 30-minute drive north of Calbayog City.

Description: The statute of the Sacred of Jesus on top of the hill overlooking the panoramic view of Calbayog City, the Hibatang River and lush greenery.

Location: A 15-minute walk or a 7-minute drive from Calbayog City proper. It is located along the Maharlika Highway.

Location: Across the Calbayog Cathedral and City Hall.

Description: A conspicuous plaza with the image of the Sacred Heart where socio- civic and religious activities are held; its bright lights and relaxing ambiance attracts strollers.

War is a thing of the past in Samar. Today, the Philippines’ third largest and naturally blessed island is waging a fight against biodiversity threats and widespread poverty through alternative means of livelihood like ecotourism. Torpedo sounds war-like. Yes. But by coincidence, the latest ecotourism adventure product of Samar is ULOT TORPEDO

BOAT EXTREME RIDE. This dug-out motorized boat has no outriggers and it looks like a torpedo. When it traverses the river, its motion through the downstream and upstream rides resembles a torpedo. It is manned by experts - a boatman and a pointman who take one on a “roller coaster ride” through the Ulot River- the longest river in Samar Island. Ulot was a navigational highway before between Western Samar and Eastern Samar, covering eleven (11) municipalities. The maneuvering skills of the boatmen are amazing and their familiarity with the river terrain is reassuring. Not to mention their swimming and lifesaving capabilities. But most of all, the simple joy of being amidst nature in Samar - its tropical rainforest, mighty rivers, mysterious caves, majestic waterfalls, and the warmth and grace of the Samareños makes the boating experience worthwhile. The boat ride upstream is even more thrilling and challenging as the boatmen push up the boat in between big boulders. And for a relaxed mode afterwards, hop on a kayak or enjoy water tubing.

Literally, TORPEDO stands for Tour guides and boat Operators for River Protection and Environmental Development Organization who are partners in the community development efforts of the DENR - Samar Island Biodiversity Project and Samar Island Natural Park.

The favored route to this part of the island is through the 2.16 kilometer long San Juanico Bridge from Leyte Island following a plane trip via Manila-Tacloban. From the south or west, Calbayog City and its capital town of Catbalogan are accessible both by plane and sea, with the Pan Philippine Highway connecting the coastal towns.