Experience Lanao del Norte - The Land of Beauty and Bounty 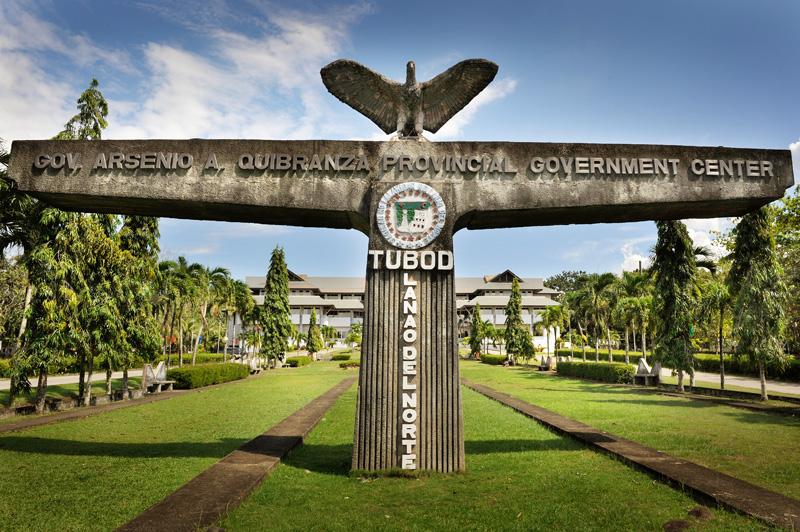 The Provincial Government of Lanao del Norte has been exerting its best effort to uplift the quality of life of the people in the rural and urban areas in the province through the promotion of Integrated Agriculture and Economics Tourism Development Programs. The primary goal of the development plan is to create conditions that will facilitate and accelerate economic word of the province. One of the conditions identified is to promote the tourism industry that would act as a catalyst for the development of trade and other economic interactions between outlying municipalities in the province and its neighboring provinces as well.

The province prides itself as a major contributor to the overall development of Mindanao. It hosts three of the seven Agus Hydropower Plants which generates 80% of the Mindanao power grid. There are more than 70,000 hectares of coconut land found in Lanao del Norte, and is the second largest producer of copra in the region. Other major products include rice, fruits, corn, and aquaculture products.

Republic Act No. 2228 divided Lanao in to two provinces, giving birth to Lanao del Norte and Lanao del Sur. The new province was inaugurated on July 4, 1959, making Iligan City as the capital. Salvador T. Lluch was the first Governor of Lanao del Norte. Second was Mohammad Ali Dimaporo, from January 1960 to September 1965 when Governor Dimaporo ran and won the congressional seat of the province. By operation of the law of succession, Vice Governor Arsenio A. Quibranza became the third Provincial Chief Executive of the province. By the mandate of the inhabitants, Governor Quibranza was elected Governor in 1967 and almost unanimously re-elected in 1971 and again in 1980.

In 1977, President Ferdinand E. Marcos signed Resolution No. 805 series of 1977 of the Sangguniang Panlalawigan (Parliamentary Bill No. 586) sponsored by Assemblyman Abdullah D. Dimaporo, into Presidential Decree 181 transferring the province's capital from Iligan City to the municipality of Tubod.

In October 1984, inaugural ceremonies were held to celebrate the occasion of the transfer of the Provincial Capitol from Poblacion, Tubod to the Don Mariano Marcos Government Center (now Governor Arsenio A. Quibranza Provincial Government Center) at Pigcarangan, Tubod, Lanao del Norte.

By virtue of the power and impact of the People’s Power Revolution at Edsa, Manila on February 25, 1986, local government all over the Philippines changed the political atmosphere overnight. Lanao del Norte became one among the many provinces affected by the sudden changes brought by the “Snap Election” on February 1986. Local heads of offices and employees particularly those holding political positions were destabilized but with the installation of President Corazon Aquino as president, OIC Atty. Francisco L. Abalos became the appointed governor of the province on March 3, 1986. On February 2, 1988, Atty. Abalos was elected as governor of the province.

In the Synchronized National Election of May 11, 1992, Congressman Abdullah D. Dimaporo, a legislator and economist, was elected Provincial Governor. The Provincial government embarked on a comprehensive planning and set the groundwork for the development of the province

The Provincial Government was also able to bring the province into the limelight with full media coverage, through the hosting of the First Mindanao Friendship Games at the Mindanao Civic Center in Tubod on November 11–15, 2001. Participants came from all over Mindanao representing the various LGUs in the island. The event was opened by President Gloria Macapagal-Arroyo.

Here athletes and any adventurous traveler can unwind and recharge their weary bodies to attain peak performance whether in sports or in the business arena.

Surrender to breathtaking scenic spots, cold mountain springs and mouth-watering food choices made only from the freshest catch of the day, all designed to renew your spirit and fortify your wellness.

Immerse yourself in our rich cultural heritage and discover exciting festivals that inspire your imagination and enrich your soul.

Experience Lanao del Norte and unlock the doors to a land of beauty and bounty.

The fastest and the most convenient way is to take a plane to Ozamis City, with daily flights from Manila for 1 hour and 20 minutes. From Ozamis City take the Roll on, Roll off (RORO) ferries to Mukas, Kolambugan. From Mukas, buses and passenger vans are readily available to take you to Tubod (the provincial capital of Lanao del Norte) in just 15 minutes.