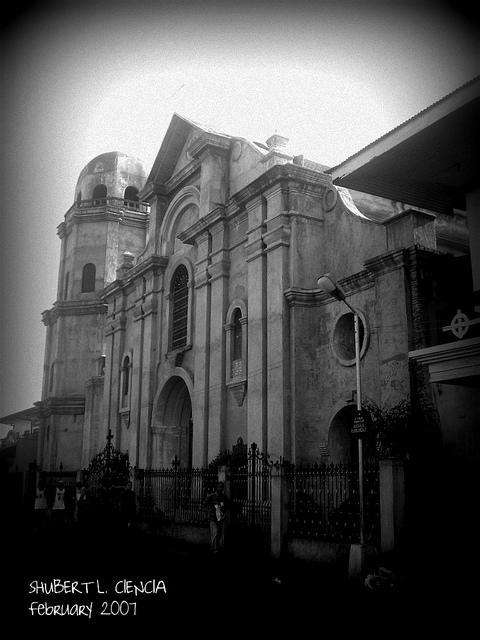 Dagupan is a city in Pangasinan laden with natural and historical significance and is dubbed as the melting pot of of the province.  Also known as the "Milkfish Capital of the Philippines," the city is overflowing with the bounty of nature.

The following are the natural and historical wonders that are just waiting to be discovered:

Pantal River/Bridge Pantal Bridge is an iconic Dagupan man-made structure located in the legendary Pantal River. According to townsfolk, the river is a natural wonder said to have sprung to life because of the loneliness and tears of a maiden named Mato-or, whose one great love, Malamang, fell in love with a princess from a far kingdom as though in a trance.

Like a corridor leading to the sea, Pantal River separates barangays Poblacion Oeste and Uno from Pantal. Behind the bridge are various types of seafaring vessels either unloading merchandise from Manila, Bolinao and Vigan, or loading sugar, alcohol or bagoong for the domestic market.

Gen. Douglas MacArthur’s Headquarters in Dagupan (West Central Elementary School’s Home Economics Building) After World War II was over and the Philippines were free from Japanese occupation, American forces commanding officer Gen. Douglas MacArthur came to Dagupan City via a landing crat in Bonuan Blue Beach from Lingayen. It was there that he inspected the air field facilities then being constructed along the shore line. He then proceeded to the main building of the West Central Elementary School, which became the headquarters of the South Pacific Area Command for a brief period. It is today one of the heritage sites being restored by the city government.

Manila-Dagupan Railway It was on June 25, 1857 when plans for the country’s railways system took place, when King Alfonso XII issued a decree directing the Office of the Inspector of Public Works of the Philippines to submit a general plan of railways for Luzon. The actual construction work of the Manila-Dagupan lines began on July 31, 1887 at the Manila Central Station in Tutuban, Tondo. It involved cutting through rice fields and building bridges across rivers and estuaries. Dagupan locals back then considered it a milestone that would cause a standstill in their lives. They likened the train (tren) to a prancing iron horse that spewed black smoke. A foreign visitor in 1893 wrote of the train: “Ésperanza para los Filipinos” (Hope for the Filipinos).

Dagupan Church The earliest version of the first church of Dagupan was a humble structure of nipa and bamboo. It was destroyed during the rebellion in 1660, and was rebuilt in stone in the early 1800s. In the latter part of the 19th century, the church was known to have been made of bricks and roofed with nipa shingles. During the earthquake of 1892, the church collapsed, later to be replaced with another edifice by Fr. Vicente Iztegui in 1895. It endured attacks during the 1898 revolution, and was reconstructed yet again thereafter. The belltower was reconstructed intermittently from 1903 to 1914.

Bonuan Blue Beach Bonuan Blue Beach was one of the landing sites of the Liberation Forces on January 9, 1945. This stretch of beach in Dagupan City features a Japanese Park, the Tondaligan Park and the MacArthur Landing Marker.

Going to Dagupan from Manila