Explore Abra and Its Pristine Beauty 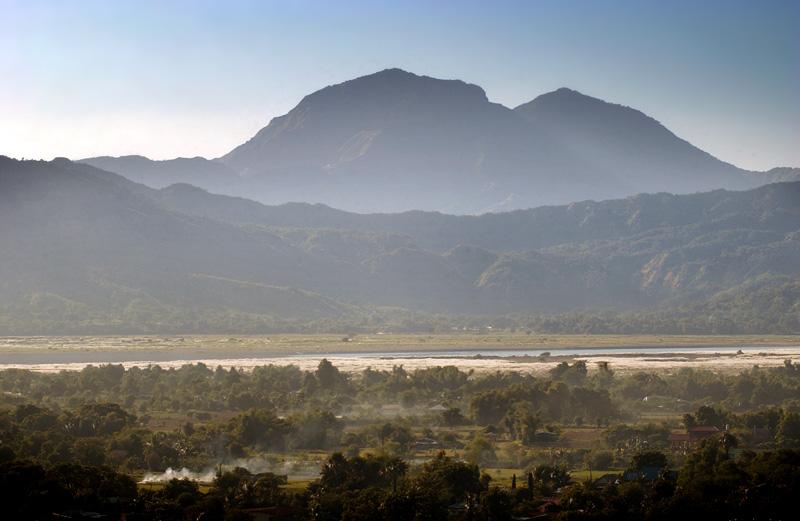 The towering mountains and sweeping plains of Abra

Abra is hemmed in by the towering mountain ranges of the Ilocos in the west and the Cordillera Central in the east. It has an extremely rugged terrain, with mountains and hills rising along its perimeter and interior. The plains are drained by the Abra River, which flows northward from Mt. Data in the Mountain Province.

Agriculture is the main source of economy in the province followed by trade and industry.

The first inhabitants of Abra were the ancestors of the Bontocs and the Ifugaos. These inhabitants eventually left to settle in the old Mountain Province. Other early inhabitants were the Tingguians, or Itnegs, as they are also known. The Ilocos came to trade with the Tingguians but eventually they saw the province to be very good so they invaded and the tinguians were forced to go to the mountains.

In 1598 a Spanish garrison was established in Bangued to protect the Ilocanos who converted to Christianity from Tingguian raids. During the British Occupation of the Philippines, Gabriela Silang and her army fled to Abra from Ilocos and continued the revolt begun by her slain husband, Diego Silang. She was captured and hung by the Spanish in 1763.

In 1818 the Ilocos region, including Abra, was divided into Ilocos Norte and Ilocos Sur. In 1846 Abra was created as a political-military province with Lepanto as a sub-province. It remained so until the arrival of the Americans in 1899.

In 1908 the Philippine Commission once again annexed Abra to Ilocos Sur in an attempt to resolve Abra's financial difficulties, but on March 9, 1917, the Philippine Assembly re-established Abra as a province.

In 1942, the Japanese forces occupied the Philippines and entered Abra.

In 1945, the liberation of Abra in Northern Luzon by the Philippine Commonwealth forces and the local Cordilleran guerrillas against the Japanese happened during the Battle of Abra at the end of the Second World War.

The revolutionary Marxist priest, Conrado Balweg, who fought for the rights of the Cordillera tribes, began his crusade in Abra. After successfully negotiating a peace accord with Balweg's group in 1987, the Philippine Government created the Cordillera Administrative Region, which includes Abra.

The province of Abra is a fast growing tourist destination in the Philippines and one will surely enjoy discovering the unspoiled beauty of the province. It also offers many tourist attractions that only nature can give. At the end of your visit, you will find the tour well worth it after experiencing the province's unique attractions.

Here is the list of hotels and restaurants that can be found in Abra Province particularly in the town of Bangued, the capital of Abra.

Tourists can be reached the province of Abra via its capital city - Bangued. There are a number of bus lines in Manila that have daily trips going to Bangued.

Here is the list of bus lines that ply routes to Bangued.