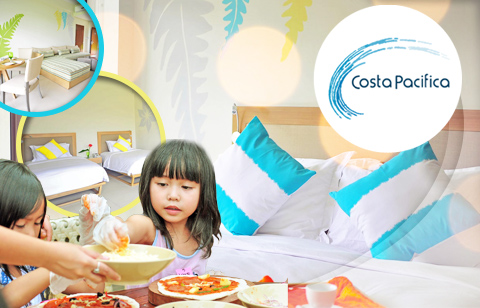 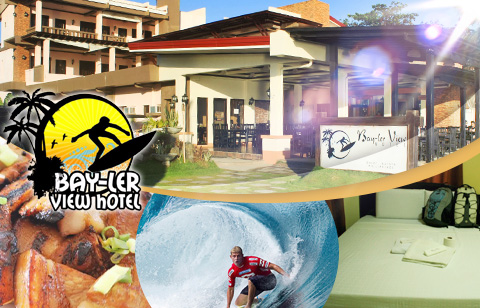 The province of Aurora is an exciting getaway for the weary traveler, a feast for the eyes as it showcases fine white sand, clear seawater, and a breathtaking view of the province from the shore. For people whose bodies and spirits have become weary and sore from the hustle and bustle of city life and work, I came up with some reasons why Aurora might be one of the perfect getaways for you to soothe all those aches and pains.

Tourism in the Philippines is one of the main economic contributors to the economy.

The crystal clear river of Ditumabo Falls gushes endlessly, flowing and twisting among countless rocks and boulders. Traversing to the waterfall is an enjoyable 45 minutes (2 kms.) hiking and trekking through the river over rough terrain, few steep mountain trail, river trail utilizing man made stairs, wooden bridges and sometimes old cut logs which serve as natural bridges. The shower falls and the baby falls are a sight to see before the mother falls.

Surfing at its most – Baler, Aurora

Sabang Beach is ideal for surfing and considered as one of the country’s best site for surfing competitions. Accommodation and resorts as well as other amenities for nightlife are found here.

Cemento Beach is a stretch of white sand, seashells, and crushed corals. The area is recommended for expert or professional surfers as the waves break at the reef and are of the right-hand break type. The beach is a popular haven for lobsters and other marine species.

Ampere Beach is covered with smooth rocks of various sizes and darker color. The beach is an area called Bunga Point or Ampere Point, where local residents flock to Okotan Cave, a time-honored locale for forecasting the weather. The Pacific waves, upon hitting the shoreline cave, produce an explosion, the intensity of which, according to local lore, determines the intensity of the incoming weather.

Borlongan Beach, like Ampere Beach, is covered for several kilometers with gray pebbles and smooth, fist-size stones. This makes Borlongan beachfront different from most other beaches.

Located in Brgy. Zabali, Baler, Aurora, one can either have a choice of which nature to commune – river, ocean or mountain or altogether embrace them at the merging point of a headland.

This eco-tourism attraction features a staircase-like falls with an average height of about 25 meters flowing to the explicitly curved rock formations. Downstream is a lagoon ideal for diving and swimming.

Pimentel Falls (NIA Watershed) is a small dam built beside a picnic area in San Luis. The water below the dam is clear, with a greenish reflection of the vegetation surrounding the pond. The place is a coconut plantation covered with short carabao grass and some shrubbery, making the place ideal not only for swimming but for picnicking as well.

Ditumabo Falls is a crystal clear water of gushes endlessly, flows and twists among countless rocks and boulders downstream. Approximately 140 ft. high, the waterfall is surrounded by huge cliffs, green shrubbery and vines making the place a perfect venue for family picnics and nature tripping. Trekking towards the falls takes about an hour from the NIA watershed base camp downstream. The local host community banded together to keep the trail system in near perfect condition. The ecotourism site just gave way to the construction of mini-hydroelectric power generator

Aurora offers a magnificent view of the brilliant sunrise at Casapsapan Beach where one can watch the sun rising slowly from the eastern horizon almost as big as winnower. Its inherent and idyllic beauty such as the white sand beaches, clear-blue sparkling waters and five hectares of virgin mangrove offers everyone extreme pleasure and blissful satisfaction. One can experience the feeling of not wanting to leave the place anymore.

Ideal for bathing and swimming especially during summer season for its lowly and rippling waves captivate the onlookers as they strike the sandy shores of Motiong Beach in Brgy. San Ildefonso, Casiguran, Aurora.

Acclaimed as the Cleanest Inland Body of Water – Regional Category, Bulawan falls rises one hundred meters from the ground standing majestically on the wilderness of Brgy. Paleg. The impressive rock walling along the bank of the river adds to its awe-inspiring beauty. Added attraction is the towering tree that showers crystallized water believed to be miraculous. With the construction of the different facilities in the area, it is fast becoming a tourist destination in the province.

Lukso-Lukso Islets are the three rock formations off the coast of Barangay Zabali, Baler, Aurora. One of these small islands is connected to the mainland and at low tide you can see white grainy sands, crushed corals and numerous seashells, some inhabited by hermit crabs. The sea bottom and undersea reefs around these islets are reportedly good areas for diving, and during calm months, snorkeling.

Walk to its shores - Dimadimalangat Islet

The islet is a rock formation or a small island just a few meters away from the reef shore of Barangay Cemento and serves as a point identifying the southernmost tip of Baler Bay. During low tide, this islet becomes a peninsula, of sorts, where one could walk and wade from the reef shore to this natural rock formation. Around this island are reefs for the more daring divers.

Aurora Province can be reached via the SOUTH EAST ASIAN AIRLINES (SEAIR), which flies Manila-Baler-Manila on Special Trip only. Flying time is approximately 50 minutes.

One can take a bus, jeepney or a rented van to navigate the province’s nature and culture destinations. For short distance travel, the ubiquitous tricycle is an inexpensive and practical alternative. Motor boats can be rented from the local fisher folks for bay tours and diving sessions.

A host of tourist facilities can be found in the capital town of Baler, most of which offer standard rooms and food service. During peak seasons, several private residences make their extra rooms available to tourist. Camping is also an option.